Plastic waste > County Council's workshop ‘Making plastic pollution a thing of the past’ > but "the fact that plastic recycling is dubious and not the answer... got very heated"

Denise Bickley of Sidmouth Plastic Warriors has just posted this report from a session held last month - which is very revealing as to how tetchy officers are about what exactly is happening to our plastic waste: 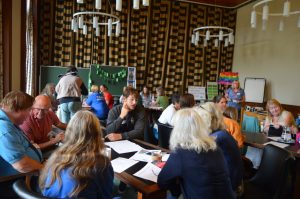 I was invited along to a Community Workshop run by the Environment Agency on 3rd Sept
and have been admonished for not making this a public blog, so apologies for the delay but let me summarise the day (at least what I remember of it after a month and a half).
It was held at the County Council offices in Exeter – and that in itself is an eye opener: a massive building, high ceilinged, huge grounds – surely it would never be built like this if it was built today!).
The title of it, ambitiously, was ‘Making plastic pollution a thing of the past’ and the idea was to bring together representatives from groups a bit like ours all over Devon, Cornwall and a few from Somerset (I believe), with the aim to uniting us all and enabling us to share resources and ideas.
Councillor Roger Croad was in attendance, from Devon County Council and gave us a brief welcome, then we had a speaker –  Jackie Young: PF Plymouth Waterfront – talking about the issues and complications with the Surfers Against Sewage Plastics Free Coastline ideas when rolled out for a big city such as Plymouth – they are basically writing the programme as they go along, and it is an immense job needing a large team of volunteers and a budget to get the message across.
After Jackie we broke out into focus groups, to discuss challenges and successes, in the areas of:
Galvanising community support; using social media effectively; working with businesses; and Fundraising. We were a very broad ranging group, from highly organised, ‘businesslike’ groups down to single people trying to get things changed in small villages, with no social media presence at all, so it was pretty interesting to see how everyone was doing.
The next step, we all felt, was uniting to get a Plastic Free Devon, or Plastic Free South West. This will be a huge undertaking and really will mean that SAS will need to almost write a whole new programme.
Since then we have had a Facebook account set up for all of us, plus an online storage area where we can share resources.
I felt the day was useful but needs more follow up, more dynamism, more energy thrown at it. As always I am anxious that we change faster, unite more, share wider…but it’s a start.
My highlight of the day was having quite a heated debate with Annette Dentith who was there from DCC Waste, who, when I mentioned our Freedom of Information request and the fact that plastic recycling is dubious and not the answer, got very heated and told me that we shouldn’t really submit requests like that but just ask them, they’re very transparent. The news recently would dispute that. https://www.telegraph.co.uk/news/2018/10/19/plastic-becoming-expensive-recycle-councils-say-giant-waste/  We knew it Jeremy!
A for effort for organising the day, D+ to the DCC Waste representative I’m afraid.
Dx

Ant the Plastic Warriors know what they're talking about: 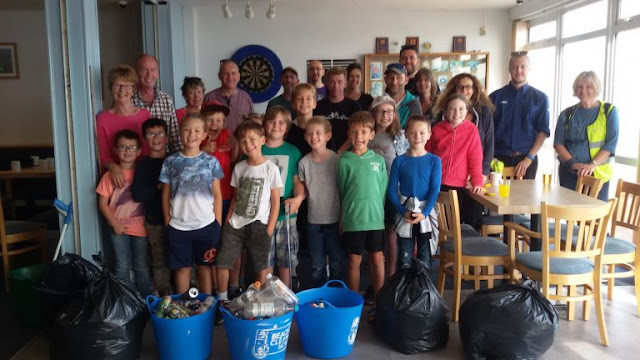 See also:
“Sending plastic to the correct reprocessor” - a Freedom of Information request to Devon County Council - WhatDoTheyKnow
.
.
.
Posted by Jeremy Woodward at 14:18