Councils face mounting costs of dealing with plastic waste: "manufacturers should take up more of the responsibility for dealing with these unrecyclable materials"

Contractors and processors of plastic waste are hitting the news:
Futures Forum: The plastics recycling industry is facing an investigation into suspected widespread abuse and fraud within the export system

As are the councils which rely on them:
Futures Forum: Councils cut plastic recycling

Councils are showing their frustration at the producers of plastic pollution:
Charge plastic manufacturers to cover the cost of collecting rubbish, demand councils | Daily Mail Online

The Guardian notes that in other countries, manufacturers are indeed required to cover the cost of collecting rubbish:

Plastic recycling industry's problems costing councils up to £500,000 a year 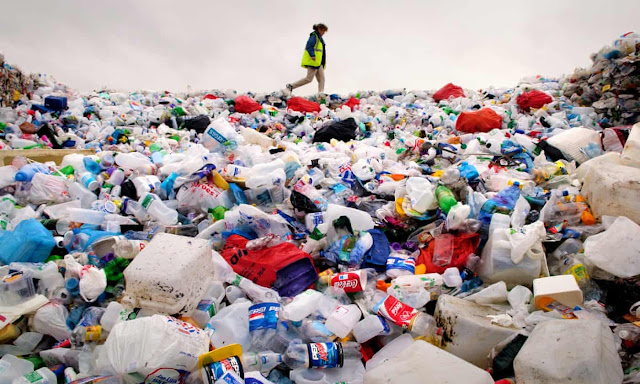 Major problems in the plastic recycling industry are costing local councils in England up to £500,000 extra a year, as they struggle to deal with the continuing fallout from import bans imposed by countries who are no longer able to take the UK’s waste.

A survey by the Local Government Association (LGA) revealed nearly half of councils who responded (52) say China’s ban is having a significant impact on their ability to collect and recycle plastic, due to rising costs. Fourteen councils across the country say their recycling costs have increased by an average of half a million pounds a year, in part because of rising processing charges per tonne.

“It’s clear that the ban by China on imported waste, which could soon be implemented by other countries, could have a marked impact on councils’ ability to recycle,” said Martin Tett, environment spokesman for the LGA. “It is essential that the government provide support to help councils offset the loss of income they face as a result of the ban. Councils want manufacturers to play their part to reduce the amount of material entering the environment which can’t be recycled.”

Two-thirds of UK plastic packaging waste is exported, and the export industry was worth more than £50m in 2017.

The Guardian reported earlier this week that international markets are beginning to close their doors on the UK’s packaging waste as allegations of corruption and fraud in the export industry are investigated. The allegations include claims that exporters are falsely claiming for tens of thousands of tonnes of plastic waste that might not exist and that UK plastic waste is not being recycled and is being left to leak into rivers and oceans.

Data analysed by the Guardian shows export firms have claimed to have shipped abroad 35,135 tonnes more plastic than HMRC has recorded leaving the country, raising fears they are exporting rogue shipments to claim payments.

More than 5% of the 114 exporters licensed by the Environment Agency to export plastic packaging waste have had their accreditation suspended or cancelled as part of the investigation.

Most local authorities collect plastic bottles, but some councils are on the brink of ending plastic collections amid fears the plastic will end up polluting the oceans when exported.

Swindon council will decide in December whether to end its plastic collections for recycling altogether over concerns about the capacity in the UK to process low-grade plastic, allegations of abuses within the export system in the UK and the risk of plastic leakage into the ocean in recipient countries.

The local authority believes it will have more control over its plastic waste by collecting it with mainstream rubbish and drying it out at its own waste-to-fuel plant, which provides energy for the concrete industry in France. Swindon is one of the few councils to own a waste-to-fuel plant.

Councillor Maureen Penny, Swindon council’s cabinet member for highways and the environment, said: “At present there is no market in the UK for the low-grade plastics that we collect at the kerbside and, while we know our plastics are dealt with properly up to a point, there is always a risk it may ultimately not be recycled or disposed of in the right manner further down the chain.”

Penny said if the UK recycling system improved in the coming years, the council could review its decision to end plastic collections.

Growing markets are emerging in Turkey and the Netherlands, where there are also allegations of abuse within the system and doubts about whether the plastic is being left to leak into the oceans.

Under the UK packaging waste system councils foot the vast majority of the bill for recycling waste, according to research by the National Audit Office.

Local authorities spend an estimated £700m annually on collecting and treating packaging waste, but the businesses producing the packaging contributed just £73m last year to reprocessing and recycling it – or €13 per tonne recycled.

This compares with countries like Germany, the Netherlands and Belgium, where retailers and producers are made to fully fund the cost of household recycling collections.

Plastic recycling industry's problems costing councils up to £500,000 a year | Environment | The Guardian

The Telegraph had the story on its front page - as well as covering where the plastic waste is being stockpiled: 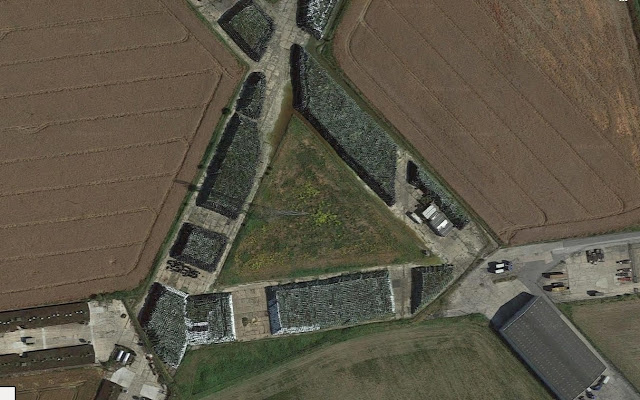 The pile of bales is so vast that it can be seen by satellite imagery CREDIT: TELEGRAPH

Plastic is becoming too expensive to recycle, councils across Britain will warn on Saturday, raising fears that homeowners' efforts to sort through their waste may be futile. The warning by the Local Government Association comes as the Telegraph reveals mountains of plastic waste are sitting on an abandoned airfield because the local council cannot afford to send it to be recycled.

Here is the press release today from the LGA:

At least a fifth (20 per cent) of councils have felt a direct impact from China’s restrictions on imports of mixed paper and certain types of plastic over the last year, a snapshot poll by the Local Government Association reveals today. 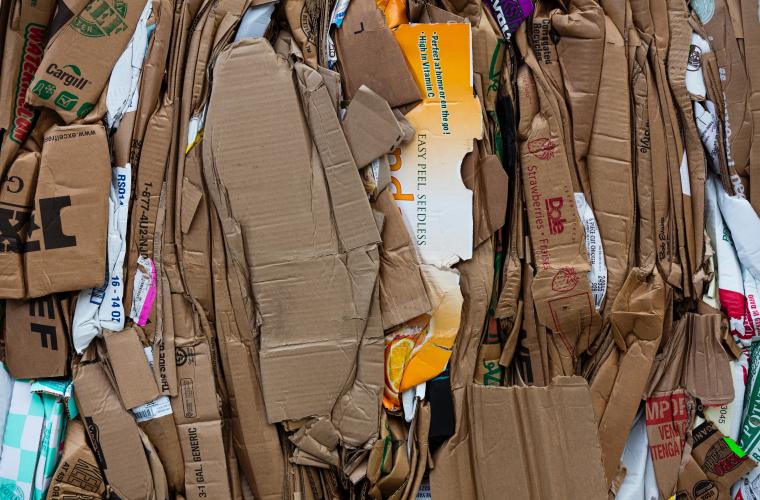 Some of the councils who have been most impacted warned that their recycling costs have increased by £500,000 on average over the last year as a result of the restrictions.

This is due in part to increased costs for processing materials for recycling. The fee charged to councils to process materials collected from kerbside collection at a materials recovery facility (MRF) is said to have increased from £15 to £22 per tonne over the last year. The fee has increased to £35 a tonne compared with £29 a tonne for contracts signed in the past year.

Council leaders are calling for manufacturers to contribute more towards local authority costs for processing recycling and to reduce the amount of material, such as black plastic trays, entering the environment in the first place.

The LGA is also urging the Government to address the longer term impact of the China ban in its forthcoming Resources and Waste Strategy.

Compounding the need for action, Malaysia has also imposed a three-month ban on importing scrap plastics with Vietnam looking into banning scrap plastics as well, prompting concerns that recycling issues and the cost to taxpayers could increase.

The LGA has previously called on manufacturers to reduce the amount of unrecyclable material, such as black plastic microwave meal trays which are chosen purely for aesthetic reasons and pots, tubs and trays which aren’t able to be recycled, as a way to cut out a need to export waste to other countries in the first place.

Councils are keen for manufacturers to contribute to the fight against plastic waste, by reducing the amount of unrecyclable material in the first place and by contributing more to council’s responsibilities to increase recycling and reduce the amount of plastic waste in their communities.

“It’s clear that the ban by China on imported waste, which could soon be implemented from other countries, could have a marked impact on councils’ ability to recycle. It’s essential that the Government provide support to help councils offset the loss of income they face as a result of the ban and encourage manufacturers to use more recyclable materials.

“Councils are doing all they can to improve recycling rates, which is why 100 per cent of councils collect paper for recycling, and 99 per cent collect plastic bottles. The rising costs caused by this ban risk combining with ongoing and severe council funding pressures to affect other essential local services.

“Councils want manufacturers to play their part in the battle against unnecessary and unrecyclable waste. We are keen to get around the table with them to reduce the amount of material entering the environment which can’t be recycled. With the markets to sell unrecyclable material shrinking, it is essential that this is tackled as soon as possible.

“It is essential that the Government take the opportunities of the upcoming Autumn Budget and publication of its Resources and Waste strategy to assess the financial impact of these bans on councils thoroughly, and encourage manufacturers to take up more of the responsibility for dealing with these unrecyclable materials.”