Latest plans for Alma Bridge passed by County Council > "The bridge will be very welcome."

It has now been passed:

Artist’s impressions of what the new Alma Bridge will look like when it is finished.

Plans for a new £750,000 footbridge over the River Sid in Sidmouth have been given the green light by planning bosses.

The new Alma Bridge will be positioned approximately 37 metres upstream from the existing structure near Pennington Point.
Temporary scaffolding was installed to keep the current bridge open in 2012. Coastal erosion meant this temporary arrangement would only last a few more years though.
Works were originally set to start on the new bridge this autumn but following a consultation, the applicant - Devon County Council (DCC) - decided to postpone it until after FolkWeek - in August 2019.
This was to give planners time to incorporate suggestions from members of the public into the final design, including features like a viewing platform. 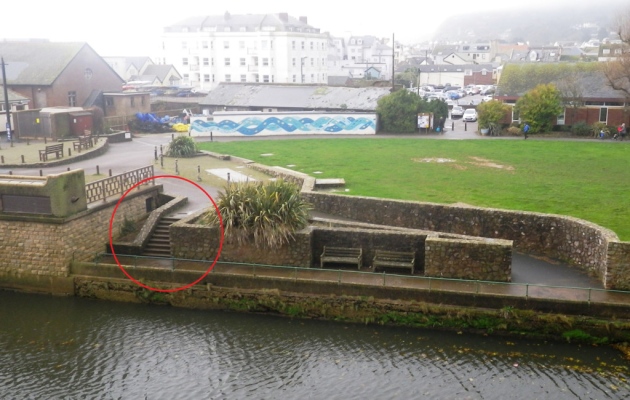 The new proposals will see the circled steps filled in to create a new ramped access to the replacement for Alma Bridge
The works are expected to be finished by the following March - during its construction, part of The Ham recreation ground will be closed. And, once the works are completed, the old bridge will be demolished.
The crossing over the River Sid will remain open while the works are undertaken to allow access on to the beach.
The proposals include short sections of steep ramps to a 19-metre main bridge which will cross the River Sid. The ramps will, however, be no steeper than the Hanger Path. 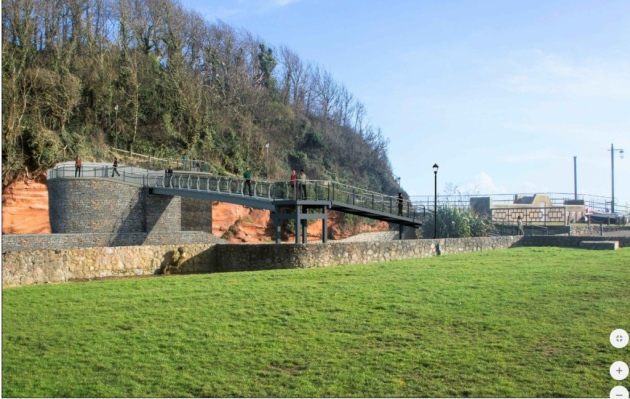 Artists' impressions of what the new Alma Bridge will look like. Picture: Contributed
Both Natural England and the Environment Agency are in support of the location of the new bridge, which will be placed where it is protected from medium term coastal erosion, say DCC.
It is anticipated that the proposed Sidmouth Beach Management Plan, currently under development by East Devon District Council, will be completed by 2022 - this will slow coastal erosion to provide greater protection for the bridge.
County Councillor Stuart Hughes said: “It is about getting a bridge that people really want. It is going to last for the foreseeable future - at least the next 50 years. 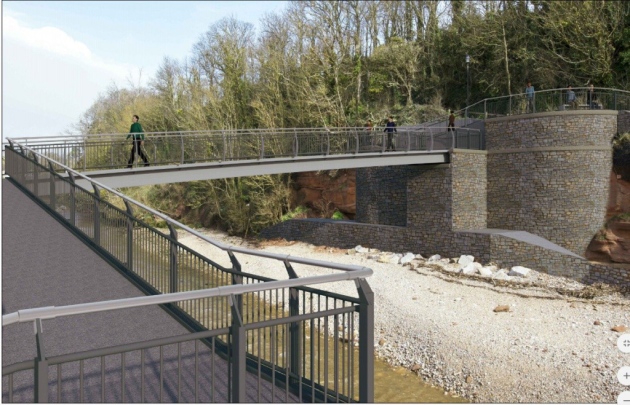 Artists' impressions of what the new Alma Bridge will look like. Picture: Contributed
“The bridge will be very welcome.
“I am sure people will appreciate it, that the council has listened to the views of the public and put in the additional features that were suggested during the consultation exercise.”