The Repair Café in Sidmouth is more than 'just fixing stuff people bring in':
Futures Forum: Sidmouth Repair Café's first project > ‘The Story of the Bench’

As featured in the latest Herald: 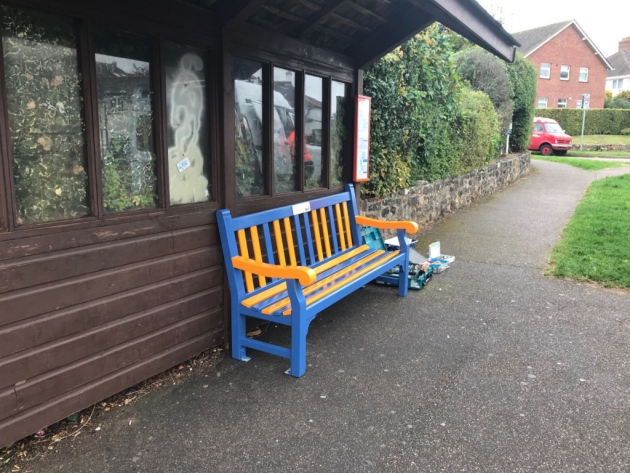 The new bench made from two old broken seats. Picture: Contributed
Two broken benches have been transformed into a brightly painted seat for a Sidmouth bus stop, thanks to the new Repair Café.
Angie Carney, who is involved with the Repair Café, was concerned that there was nowhere to sit at the stop in Woolbrook Road.
She approached Streetscene manager Tim Harris, who produced the two broken seats, and she then asked the Repair Café’s organisers if they could help. The job was given to carpenter and ‘fixer’ Alan Waters. “He has done a fantastic job in making a really strong bench,” said Angie.
Local builders’ merchant Bradfords supplied paint and other materials needed to give the seat a colourful facelift, and a plaque has been fixed to it acknowledging the various organisations involved.
The first meeting of the Repair Cafe took place on September 29 and saw nearly 30 items mended, along with £130 being donated.

The next meeting is on Saturday, October 20, at the Youth Centre in Manstone Lane from 10am.