Remembrance Day for Lost Species, held on the 30th November each year, is an occasion to honour and mourn the countless thousands of species driven to extinction by human activity. To mark this year’s theme – Lost & Disappearing Pollinators – author and beekeeper Helen Jukes writes of this year’s devastating news of insect decline, of the wonder of honeybee hives, and of the need to widen our vision by paying closer attention to small things. 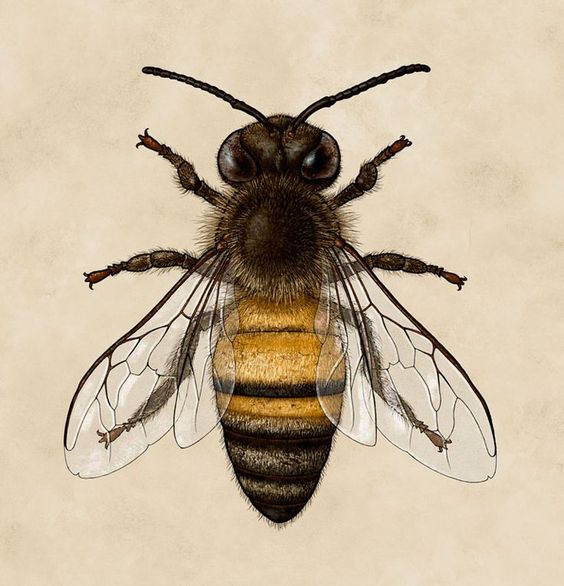 Remembrance Day for Lost Species, held on 30th November each year, is a chance to explore the stories of species, cultures, lifeways and habitats driven extinct by unjust power structures and exploitation, past and ongoing. It emphasises that these losses are rooted in violent, racist and discriminatory economic and political practices. It provides an opportunity for people to renew commitments to all that remains, and supports the development of creative and practical tools of resistance.
In light of the recent sharp declines in the populations of pollinators, on whose vital environmental contribution so many species (including humans) rely, the theme of Lost & Disappearing Pollinators is offered this year as inspiration. These are animals which move pollen from the male to the female part of a flower, thus fertilising it. Well-known pollinators include bees, butterflies and moths. Certain birds and mammals are also important pollinators, notably bats, hummingbirds and many other animals. Some pollinators, such as the small Mauritian flying fox, are already extinct at human hands, with swathes of others being critically endangered or feared lost, e.g. Franklin’s bumblebee.
Participate in Remembrance Day for Lost Species by joining – or holding – any kind of memorial to lost species or ways of life. This could take the form of an art project, a procession, lighting a candle, planting a tree, or any kind of action you like. Collaboration and inclusivity are at the heart of this initiative, so any offering is welcomed. Please share your plans with us here.
See lostspeciesday.org, or @lostspeciesday on Twitter, or Remembrance Day for Lost Species, 30th November for more information.
—
Helen Jukes is a writer, beekeeper, and writing tutor. Her first book, A Honeybee Heart Has Five Openings, is due out in July 2018 with Scribner. helenjukes.com @helen__jukes

—
Sign up here to get an email alert when a new post is published on the Dark Mountain blog.

Malaise Traps | The Dark Mountain Project
.
.
.
Posted by Jeremy Woodward at 14:59 No comments:

And this week's View newspaper focusses on a Dorset group doing great things with trees:

A SMALL team of Dorset and Devon residents are responsible for removing over 3,000 tonnes of CO2 and other pollutants from the atmosphere.

Tracey and Simon West from Lyme Regis run The Word Forest Organisation, a reforestation charity that plants trees and builds classrooms in impoverished areas in Kenya.

They’ve been planting trees there as philanthropists since 2012 when they got married and had a small Wedding Forest planted. Five years on, those trees are now over six metres tall and have locked in several tonnes of carbon and other man-made pollutants.

In April, the couple formalised their efforts and became a charity so they could replicate the work throughout Kenya.

The World Health Organisation recently reported that over the past half century, human activities – particularly the burning of fossil fuels – have released sufficient quantities of highly polluting carbon dioxide and other greenhouse gases, trapping heat in the lower atmosphere which affects the global climate.

In the last 130 years, Earth has warmed by approximately 0.85°C and each of the last three decades has been successively warmer than any preceding decade since 1850.

The Word Forest Organisation’s office in Lyme Regis is 22 metres above sea level and the team are well aware of the planetary changes taking place as a result of climate change, include rising sea levels, glacial melting and changing precipitation patterns, with extreme weather events becoming more intense and frequent.

More than half of the world’s population lives within 60km of the sea and people are being forced to relocate; Marine Parade in Lyme Regis is an average of six metres above sea level and regularly has tides above four metres.

The tropical forests the charity have planted in Kenya so far will be responsible for removing approximately 3,125 tonnes of damaging pollutants from the atmosphere and that will clean up the air that blows all over the world, but this is only one element of the positive impacts of reforesting Kenya.

The charity also promotes the building of schools in Kenya

Tracey explains: “The communities we’re working with in Coast Province, Kenya are incredibly impoverished, but the villagers are starting to lift themselves out of poverty with the commodities from the trees.

“They had been struggling with countless failed crops from the drought Kenya has been in for many years and the horrific backstop for many of the families was to let the youngsters go into child prostitution on the coast. I’d like to say we’ve eradicated that and we’re not there yet, but it is certainly reduced.”

Simon adds: “It’s absolutely necessary to support our communities by building schools. In rural areas like ours, shabby, unsafe mud hut structures for learning are common, but frequently, children have no buildings at all and they have to sit outside, braving the elements, desperately seeking the shade of trees. But deforestation has bitten Africa greatly and cooling shade from old trees can be a rarity.”

Word Forest Organisation are working with 100 primary schools in Kenya and they plan to build 300 classrooms and plant over 1,200,000 trees in the next 10 years. They are raising money in a variety of ways, including putting on fundraisers like The Big Green Christmas Fayre in Lyme Regis on Saturday, December 2nd at the Woodmead Halls.

Tracey is hoping to be able to plant more than 100 trees as a result, which will lock down another 25 tonnes of CO2 in a tiny handful of years. “The whole world needs to recognise the importance of tropical forests in places like Kenya. Those equatorial zones offer the best conditions for growing trees at an exponential rate. The benefits to the planet and all its inhabitants are truly priceless”, Tracey concludes.

For more details on ways to help them get more trees in the ground, visit www.wordforest.org