A solution to our housing problems: build more housing

The price of housing, as with any other commodity, is about supply and demand:
Supply-demand imbalance drove house prices - Financial Times

Here's an example from Australia:
Economics 101: house prices are surging because of low supply | Stephen Koukoulas | Australia news | The Guardian

And here's another piece in the FT - which says we should just get on with it:

How to solve the UK housing crisis 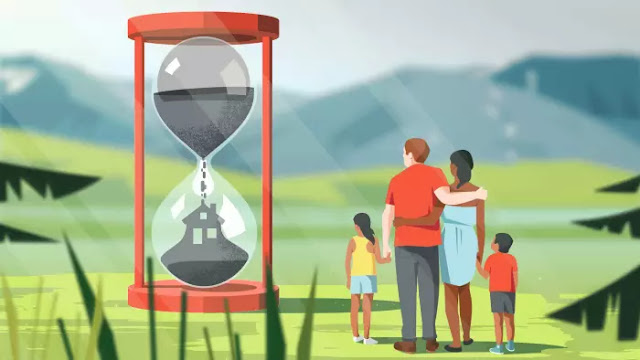 The UK housing market is “broken”. Even the government agrees on that. But who broke it? And how to fix it?

“Teach a parrot the terms supply and demand and you have an economist,” said Thomas Carlyle, who also coined the phrase “the dismal science”. And the parrot’s insight is the key to housing policy. Housing demand is driven by population. Over the past century, population growth in the UK has averaged a little less than one-half per cent a year. But after a marked dip between 1970 and 1990, that figure has recently risen towards the upper end of its historic level, with immigration a major cause; net migration contributed more than half of the rise in population between the 2001 and 2011 censuses.

The average size of household has also declined over the long term — from over four at the beginning of the 20th century to around two and a half at the start of the 21st. This trend has both social and demographic causes. Young people leave home earlier, while older people live longer and occupy empty nests. Such a decline in household size raises underlying demand for housing by around a further half per cent per year.

Taking these two factors together, equilibrium in the UK housing market would require that supply should rise by about 1 per cent a year. There are 28m houses and flats in the UK. One per cent of that is 280,000. Some allowance needs to be made for replacing older houses that are no longer fit for modern living, and to accommodate population shifts away from industrial towns like Merthyr Tydfil and Stoke-on-Trent, built for their proximity to coal and clay, towards the modern conurbations where today’s workers want to live. Proximity to reserves of coal and iron is today a repellent, not an attractor. So we would need to build at least 300,000 houses per year to meet the underlying growth of demand.

Former prime minister Harold Macmillan established his political reputation by fulfilling a pledge to do just that in the 1950s. And in 1967, 400,000 new houses were built. But 300,000 completions a year have never been achieved during the last 40 years, and in the last decade new construction has been around half that figure.

The parrot will tell you that where supply does not increase in line with underlying demand, price will increase, and it has. The British housing market suffered a setback in the early 1990s, when rapid inflation and raised interest rates were followed by “Black Wednesday” as Britain crashed out of the European exchange rate mechanism. Since then, and despite the 2008 financial crisis, house prices have more than doubled in real terms.

The parrot will also insist that demand and supply always balance. The mechanism through which higher prices have equated demand and supply is a lower rate of household formation. The 2011 census was the first in a century in which the average size of household had not fallen. In particular, there has been an increase in the proportion of households with more than two adults. Young people are remaining home with their parents for longer, and there are more groups of young adults or recent migrants sharing — mostly rented — accommodation.

The Thatcher government implemented major changes in housing policy. An objective was to end local government involvement in housing, funding for new municipal construction more or less ceased. While local authorities had played a huge role in postwar reconstruction and slum clearance, much of what they built represented socialism at its most dreary: rents were generally low and waiting lists long. Many council estates, such as the Edinburgh estates of Pilton and Muirhouse featured in Trainspotting, would have looked familiar to people from eastern European cities.

Tenants were given the “right to buy”, a hugely popular innovation. Subsidies were to be aimed at poor households, rather than poor houses, and housing benefit (being integrated into the chaotic universal credit) became — at an annual cost now of £25bn — one of the largest items in the government budget. The hope was that the private sector would fill the gap left by the retreat of local government, through construction for owner-occupation, social housing by housing associations and the re-emergence of a private rental market.

The private and social housing sectors did not take up the challenge. The reform of the private rented sector was more successful. By the 1980s that market had been in protracted and terminal decline since the first world war. The combination of rent control and security of tenure meant that almost no new tenancies were created. Owners waited for the occupants to die and then sold the properties. With the establishment of new assured shorthold tenancies, prospective landlords slowly regained confidence: by the turn of the century “buy to let” was widely promoted as an investment for private individuals. More recently, institutional funding of residential property has begun to revive as investors hungry for yield seek new outlets. The result is that since 2000, virtually all expansion of the UK housing stock has been in the private rented sector.

The rise of “generation rent” is often ascribed to the unaffordability of house purchases, but this is facile: at current interest rates, renting is not necessarily cheaper than buying a similar property, and for many mobile young people, renting makes good sense. Policies before the 1980s had simply made the rental option unavailable for those who did not qualify for municipal tenancies.

So what should be done? There is only one good answer, as the parrot could tell you: build more new houses. There are several bad answers, widely canvased; schemes which benefit some individual households, and are therefore politically popular, but which do so at the expense of aggravating problems for everyone else. Egregious examples of such policies are the “Help to buy” schemes implemented by the Cameron government or the reimposition of rent controls favoured by Jeremy Corbyn. Build more houses — and just do it. It does not matter much what the new houses are, who buys them or who finances them although it does matter where they are; if we expand construction, the occupancy and utilisation of the existing stock will adjust to meet the parrot’s cry of supply and demand.

So who should take the lead in expanding house building? The least bad solution is probably to give the job to local authorities, with funding by central government borrowing. Municipalities are probably best placed and incentivised to seek out both greenfield and brownfield sites, many of which are to be found in the public sector itself. And to face down residents who want houses built anywhere so long as it is not anywhere near them.

Local authorities did the job in the past, not always well, but they did it. We could raise £20bn a year from global capital markets for this purpose — and perhaps economists could stop parroting references to “the savings glut” and “secular stagnation” when there are opportunities such as this for plainly remunerative investment. But perhaps it is necessary to mention that the most likely — and probably only — source of much of the labour which would be needed for a new housebuilding boom is migration to Britain from EU member states. The parrot reciting supply and demand knows that there are two sides to most economic questions.

The second edition of John Kay’s book — “The Long and the Short of It” is now out in paperback (RRP £9.99), published by Profile Books


How to solve the UK housing crisis - Financial Times
.
.
.
Posted by Jeremy Woodward at 15:06