On the River Otter >>> Adopt a beaver!

Beavers are being brought back to Cornwall:
Futures Forum: Reintroducing beavers to Cornwall - to mitigate flooding - to filter water - to enhance biodiversity

The press continues to follow the success of the project - with the latest on their growing numbers:
Beaver numbers living in the River Otter treble - Devon Live

Here's what the Herald has to say: 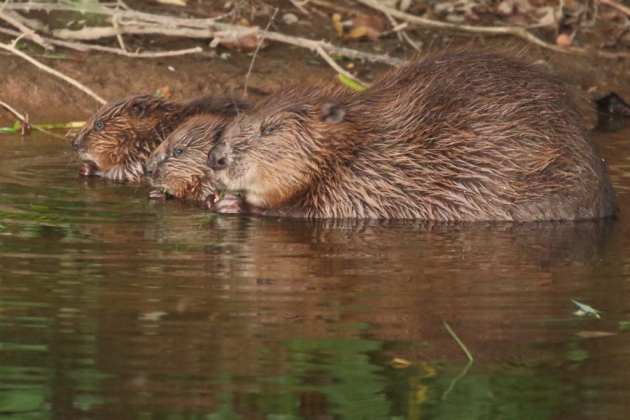 The River Otter’s ‘thriving’ beaver population has grown by 300 per cent since 2015 with six family groups now living around its waters.

The Devon Wildlife Trust [DWT] says the reintroduction project is going from ‘strength to strength’ and estimates there are 27 animals living along the river, rising from nine when it launched its beaver trial two years ago.
DWT’s Stephen Hussey said: “The beavers are doing well, they are not fast breeders and each pairing will have one litter a year and usually two or four kits.
“It is suggesting there is a lot of room for the beavers and we are a long way from beaver maximum numbers on the river, what is happening is the beavers are spreading along to different territories.”
The charity is now halfway through its project after it was granted a five year licence to study the creature to 2020.
The trial is led in partnership with landowners Clinton Devon Estates and also working with Exeter University, who is co-ordinating research into the impacts the beavers have on the local environment.
Devon Wildlife Trust reports increase in beavers numbers on River Otter - Latest Sidmouth and Ottery News - Sidmouth Herald

And here's a suggestion for that perfect stocking filler:

Adopt a beaver to raise funds for River Otter trial 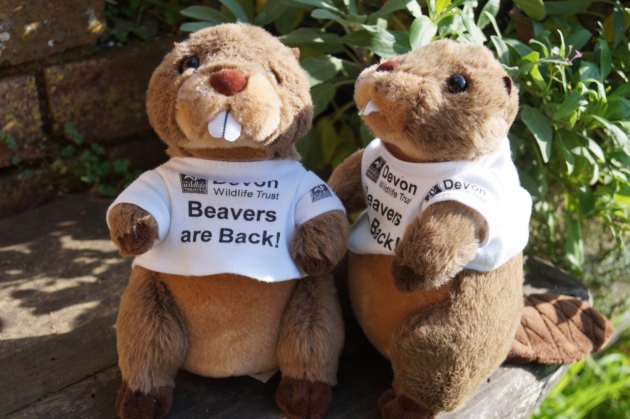 Devon Wildlife Trust has launched an ‘adopt-a-beaver’ campaign to raise funds for the River Otter Beaver Trial, due to end in 2020.

A virtual beaver adoption campaign has been launched to raise vital funds for a conservation project.
Devon Wildlife Trust is hoping the ‘Adopt-a-Beaver’ campaign will raise cash for its five-year River Otter Beaver Trial.
The project, which is due to run until 2020, aims to gather evidence on the beavers’ impact on the landscape and wildlife, infrastructure and farm businesses in the Otter Valley.
Now people have the chance to ‘virtually’ adopt a beaver and those who do will receive a special pack including a toy beaver wearing a Devon Wildlife Trust t-shirt.
Dan Smith, of the trust, said: “It’s heartening to see the continued enthusiasm for Devon’s beavers, more than two years after DWT first re-introduced beavers back on to the river after their health screening.
“Again this year, dozens of wildlife watchers gathered on the River Otter’s footpaths on summer evenings to spot parent beavers swimming with their new-born kits.”
• Beaver gifts are available from www.devonwildlifetrust.org/support-devon-beavers or by calling 01392 279244.
Adopt a beaver for River Otter Beaver Trial - Latest Sidmouth and Ottery News - Sidmouth Herald
.
.
.
Posted by Jeremy Woodward at 13:56