Charities are facing an uncertain future from changes to UK law:
Futures Forum: Concerns for campaigning: Lobbying Act will continue to restrict charities

And the recent budget didn't help:
Charities react to Budget: Tepid, backward looking, and silent on our concerns - Civil Society

There had been hopes of clarity around how the government plans to use between £1bn and £2bn in dormant assets, whether the Charity Commission’s annual grant would be increased, and if pressure on the government to consider tax reform to better support charities would pay off. There was none.
Instead, leaders across the voluntary and charity sector have expressed concern about the future role of charities in post-Brexit Britain and the impact on the sector of a downturn in living standards:

“Philip Hammond has courted young voters by extending eligibility for railcards and providing incentives for first-time house buyers, but has shown little concern for the plight of the nation’s children. In his budget speech, the chancellor only directly mentioned children once (aside from setting out additional support for school pupils in maths and IT). This sends the clear message that if you aren’t a potential voter, the government won’t make your welfare a priority.
”And while schools will welcome additional money for maths and IT, we know that pastoral support is being cut as schools struggle with falling budgets. Children with mental health issues, those going to school hungry and those at risk of abuse and neglect have fundamental barriers to their education that funding for academic learning does nothing to address.”
Anna Feuchtwang, chief executive of the National Children’s Bureau

Disheartening to hear only about business and infrastructure

“For a government looking to the future, it was disheartening to hear only references to business and physical infrastructure. This is backward looking, because our future prosperity comes from having strong communities, which charities help to create. Bricks and mortar are fine, but real growth comes from sustainable communities where people want to live.
“We need to put our role at the centre of the economy and society in front of politicians, so that public investment benefits everyone. It is too early to say whether the gift aid donor benefit rule changes will help or hinder the sector, and we’ll need to read the fine detail closely.”
Caron Bradshaw, chief executive, Charity Finance Group

The absence of big changes leave many feeling ignored

“This was not a budget with much to say about the voluntary sector. Or social enterprise. Or volunteering. But there are clearly large swath s of the budget that will impact on charities, including changes to the housing market and attempts to reform universal credit. Other areas, including, astonishingly, social care, have been ignored. As ever, there is a sense of relief that some bigger tweaks such as reducing the VAT registration threshold and changes to business rates relief, were largely left alone. For now.
“Now is the time for longer term thinking. The absence of big changes on charity tax, or strategic interventions to strengthen the sector, leave many feeling ignored. Yet there are a number of wider reviews now underway or about to start, including NCVO’s charity tax review, Julia Unwin’s review of civil society, and the development of a civil society strategy by the culture and media department. We need to contribute our ideas to these reviews now and distill from them proposals for a better tax system and a new sense of where and how government can intervene to support our sector, supported by targeted spending.”
Karl Wilding, director of public policy and volunteering, National Council for Voluntary Organisations. 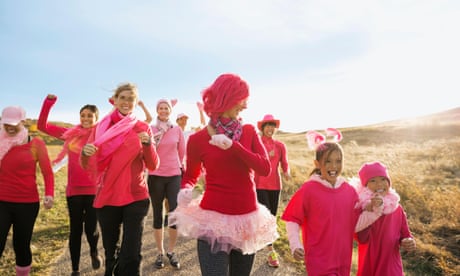 “The chancellor spoke of a Conservative government giving power back to the people of Britain. It is encouraging to see that devolution is not dead and the new £1.7bn transforming cities fund is a welcome announcement, but the government needs to go much further. Power and funding must be driven all the way down to communities so that local people can be part of the solution in helping tackle the decline in local economies and entrenched regional inequalities.
”In short, a good start, but if it fails to seize this obvious opportunity for local people to have a stake in improving their own lives and neighbourhoods, the government is missing a trick.”
Vidhya Alakeson, chief executive, Power to Change

No strategic vision for a post-Brexit society

“In his first post-election budget announcement the chancellor missed his opportunity to look beyond Brexit, engaging philanthropy and charities as catalysts for community revival. Research by DSC has shown that UK charities might face a Brexit funding cliff edge of more than £250m.
“The 2017 Conservative party manifesto promised to use returning, EU funds to create a shared prosperity fund. After this budget, we still have no further clarity on this issue. The sector also suggested to use £1bn of dormant assets to endow community foundations potentially generating a return of £40m per year for local grant-making in perpetuity. Investment returns could have been used to strengthen communities. Instead, charities have been left in limbo and are struggling to find alternative resources which are thin on the ground.”
Daniel Ferrell-Schweppenstedde, policy & public affairs manager, DSC.

Hoping for more on burning issues for society

“Today’s budget offered some welcome though small improvements to address the operation of universal credit – a key issue for all of the charities we support - and new measures on homelessness, some extra resources for the NHS and a recognition that the housing crisis needs fixing.
“But charities across the country were hoping for much more to fix these and other burning issues facing our society and communities. On poverty, social care, mental health and public services, particularly at local level, there was far too little or none at all. Equally concerning was yet again a major government announcement barely mentioned charities at all and the vital role they play. If the government is going to build the post-Brexit Britain where everyone has a chance to get on that it claims it wants to, then it needs to listen to, involve and support our fantastic charities, particularly the small and local ones on the frontline in communities right across the country.”
Duncan Shrubsole, director policy, partnerships and communication, Lloyds Bank Foundation.