This was indeed a controversial moment - defended by the BBC:

A BBC spokesman said: 'The pilot whale sequence does not state "plastics killed the baby whale", rather it says chemical contamination is the most likely cause. But that micro-plastics may have played a role.

'The Blue Planet II team was advised by the scientific community across the series, including a number of world experts on chemical and plastic pollution. The facts presented in their research indicate the dead calf could have been poisoned from its mother’s milk due to chemical pollution, and new research shows that plastics could be part of the problem.

'It’s well documented that industrial pollutants accumulate on micro-plastics and that micro-plastics are consumed by a wide variety of sea creatures. The latest research is investigating the degree to which plastic could be contributing to the already high levels of chemical pollution in marine life.'

The documentary team were advised about the whale's dead calf by Dr Paul Jepson, who is European Veterinary Specialist in Wildlife Population Health based at the Institute of Zoology, Zoological Society London. He said the plastic and toxic chemicals are capable of killing young whales.

'We already know that some chemical pollutants can cause the death of a new born calf,' he said. 'One new theory is that small amounts of plastic may increase the accumulation of pollutants in the whales themselves.'

He added the camera team were unable to perform an autopsy on the calf but studies show the UK's orca population has failed to breed successfully for 25 years, which correlates with that period's high levels of contaminants.

The BBC's own report on the episode highlighted the issue:
Blue Planet 2: How plastic is slowly killing our sea creatures, fish and birds - BBC Newsbeat

But the overwhelming response from viewers has been a determination to cut back on plastics:
Shocked Blue Planet viewers vow never to use disposable plastic again after heartbreaking whale scene - Telegraph
Blue Planet II: Whales dying from pollution as they ingest toxic plastic | The Independent

BLUE Planet viewers have vowed never to use plastic again after watching the heartbreaking moment a whale carried her dead newborn baby around the ocean. Emotional footage showed the whale couldn't let go after developing an emotional attachment to the baby and cradled her newborn through the waters. 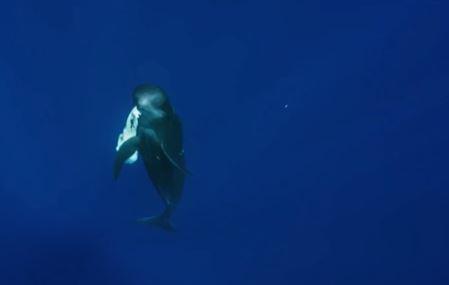 David Attenborough warned about the impact of pollution in Sunday's episode, and told viewers it was possible the whale had poisoned her own baby through contaminated milk. The 91-year-old presenter said: "Today in the Atlantic waters they have to share the ocean with plastic. A mother is holding her newborn young – it’s dead.

"Pilot whales have big brains, they can certainly experience emotions. Judging from the behaviour of the adults, the loss has infant has affected the entire family. Unless the flow of plastics and industrial pollution into the ocean is reduced, marine life will be poisoned by them for many centuries to come. 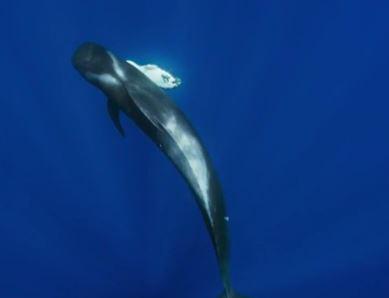 "The creatures that live in the big blue are perhaps more remote than any other animal but not remote enough to escape the affects of what we are doing to their world."

Her plight struck a chord with viewers, who pledged to take better care of the environment after seeing the story.

Last week, broadcaster and environmentalist Ben Fogle wrote an impassioned plea to Sun readers warning plastic has been found in the stomachs of sea creatures living SIX MILES below the surface.

He said: "These garbage patches appear all over the world in every ocean. At many you can’t see the rubbish but if you dip a cup in the water and hold it up to the light it’s full of thousands of microbeads. 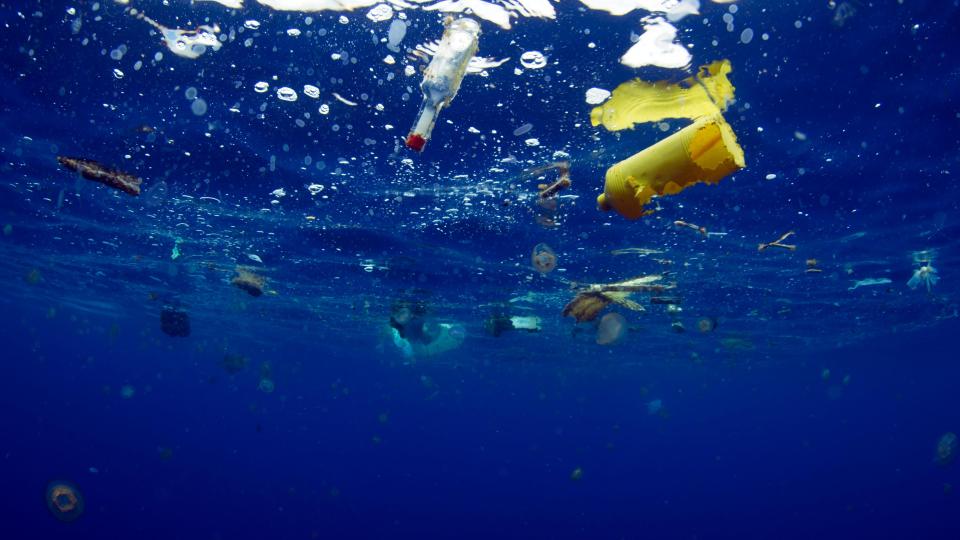 "All this plastic pollution is not really the fault of us, the consumer — it’s the manufacturers and supermarkets. We have little choice but to buy food covered in plastic and even if you wanted to live free of it, these days it’s almost impossible. While it is a great, cheap and tough commodity the problem is the bottle we use once and throw away takes 450 years to break down."

Blue Planet II fans vow never to use plastic bags again after watching a whale carry its dead calf for days when it was poisoned by pollution - The Sun
.
.
.
Posted by Jeremy Woodward at 01:00