Councils have lots of assets - but what should they do with them?
Futures Forum: The District Council and its assets: to 'release assets' or to 'invest in assets'?

Because we have a problem:
Futures Forum: The failure on affordable and social housing
Futures Forum: A solution to our housing problems: build more council houses

But something a little more imaginative needs to be done:
Futures Forum: Reimagining social housing

With a proposal in today's Guardian:


Councils are sitting on a wealth of assets. Why not use them for public housing?

Dag Detter
Local authorities need radical policies to resolve the acute shortage of affordable rental housing. One answer could be right up their own street
Monday 27 November 2017 07.27 GMT

Productivity, growth and Brexit may have dominated discussions after the chancellor’s budget on 22 November, but Philip Hammond did also include several initiatives designed to boost housebuilding and ease planning constraints. Although these proposals may help at the margin, they are far from the bold reforms needed to break the logjam on the housing crisis.

Analysis Key points from budget 2017 – at a glance

The chancellor, Philip Hammond, has unveiled the budget. These are the main points, with political analysis
Read more
What is needed instead is smart management of the issue; getting government and management right at the local level in contrast to centralised national programmes or a private sector free-for-all. This approach could herald the radical policy overhaul needed to resolve the shortage of affordable and secure rental housing.
Local government is one of the country’s largest property owners, but also one of the least efficient property managers. The fact that the value of most cities’ public assets exceeds their public debt has been overlooked, because governments seldom have a complete understanding of their portfolio.
At the same time local councils in the UK are diving headlong into the commercial property market, acting as though they are private sector hedge funds. It’s a role they’re not set up for and they run huge risks, especially as they lack the capacity, staff and nous necessary for such activity. 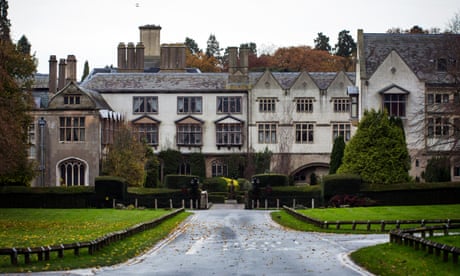 Read more
For the past 50 years, discussions around public commercial assets have often ended up in a polarised debate pitting privatisation against nationalisation. It would be better to start by managing what the public currently owns more effectively. Selling off existing land and property, or indeed gambling with investments in office parks and shopping malls to fund gaps in their budgets is not in the best interest of the public.
Instead, we need to devolve additional power to local authorities so that they can set up funding mechanisms to capture the upside as well as the risk of development of public assets to the benefit of society as a whole.
This is not an argument for more private finance initiatives (PFI), privatisation or any other undue transfer of public wealth to the private sector. Rather, it is an opportunity for society as a whole to benefit, not just the private sector. I believe that, without PFI or privatisation, government can free up more funds than most cities’ total current investment in infrastructure, including roads, railways, bridges, water, electricity and, most importantly, residential housing. Most cities could more than double their investments with smarter use of their (retained) commercial assets. Yes – double.
Every city is sitting on a goldmine, with commercial assets worth the equivalent of at least each city’s own GDP. Publicly-owned real estate alone normally represents about a quarter of the total real estate market in a city .
Managing these assets could generate a return that would give a real boost to the amount of housing built each year. It would also help fund the required maintenance, which is the bulk of the lifetime cost of an asset. This would then free up government spending for other priorities, such as healthcare, education and other social investments to the benefit of society as a whole. 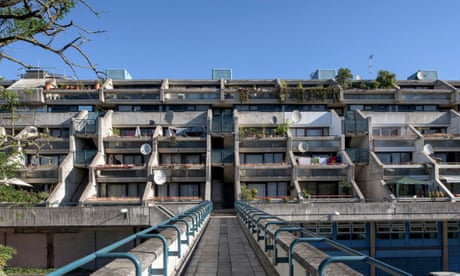 How did the crisis in UK social housing happen?

Read more
But cities or government cannot secure best value if they don’t understand or know the value of what they own. A crucial first step is gaining a proper understanding of the city’s balance sheet. With a comprehensive list of assets in hand and a proper understanding of their market values, taxpayers, politicians and investors can better grasp what they are missing out on.
A professional understanding of the portfolio of assets would allow local government to formulate a comprehensive strategy for all of its real estate, including the overlooked parcels of land and neglected buildings that could be suitable for development of residential housing. Together with the potential for further densification, local governments would not only have the financial but also the physical capacity to significantly increase the rate of public housing developed each year.
The best way to carry out these activities efficiently is to consolidate the assets under an urban wealth fund, owned by the public through the city council that would act professionally, working to a city mandate. The fund would be managed at arm’s length in a transparent, accountable manner with the dedicated professional staff needed to do the job.
This sounds challenging but it can be done. The HafenCity in Hamburg or Copenhagen By & Havn have not only increased the amount of residential housing, but also funded vital infrastructure such as the Copenhagen Metro, schools and universities. And in Hamburg, the recently opened Elbe symphony hall has been funded via a government-owned holding company.
Forget Brexit – for once. Here, instead, is a chance for policymakers to achieve a real difference for citizens, one that can have a hugely positive effect on public balances sheets, outcomes and quality of life in towns and cities up and down the country. Now, that’s the kind of impact anyone should aspire to.