And it is very relevant to where Britain finds itself:

Brexit is one of those shocks Naomi Klein refers to in 'The Shock Doctrine': unless we're careful it will be used by nefarious characters for nefarious ends, but that's not a given.

... writes about the elusive Legatum Institute in his Eureferendum.com blog:
Brexit: disaster capitalism

And on the other side of the debate, Pete North also writes on the subject:
Disaster capitalism: the dark side of Brexit | Qalam Notes

As does the Times, which says the latest report from Legatum should be taken seriously:
Britain must seize the opportunities Brexit offers — or remain in the EU | Business | The Times & The Sunday Times

And a Dutch banking journalist questions the 'Brexit cheerleader's' motivations:


When, in a few years, a public inquiry is held into the economic, financial and monetary debacle that is by then Brexit, one of the easier targets will be the Conservative MP and Brexit cheerleader John Redwood. 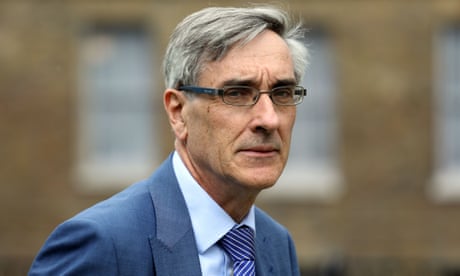 John Redwood criticised over advice to pull money out of UK

Read more
To successfully cleanse British politics of its clowns and crypto-fascists this future inquiry ought to definitively discredit Brexit’s chief proponent, Boris Johnson, in the way that the Iraq war inquiry did to Tony Blair.
Impulsive and unable to concentrate on anything complex, Johnson does not even care whether he is right or wrong – as long as it plays well with the billionaire-owned far-right press that built him up. Redwood, however, is a very different kind of Brexiteer. He says things he should know to be wrong, given his oft-touted decade-long career in the City.
Redwood should know that the UK cannot logically leave the customs union without the erection of a hard border between Northern Ireland and Ireland. He should know it is logically impossible to maintain his country’s current smooth and frictionless trade with the EU single market without accepting the rules and court that hold this single market together.
And he should know that according to international law the UK is obliged to settle its outstanding obligations to the EU – the misnamed “Brexit bill”. And yet his countless tweets tell the opposite story.
You can almost hear the members of the future Brexit inquiry ploughing into an increasingly flustered Redwood as they read back to him his many contradictory and incorrect claims. And no doubt they will also produce the bizarre piece that Redwood recently wrote for the Financial Times.

The Legatum Institute is a fountainhead of false predictions, delusional thinking and empty promises

In it Redwood severely criticises the Bank of England – Britain’s central bank – for raising interest rates and refusing to create yet more money. Redwood goes on for nearly 1,200 words, and even in that vast space there is not even one mention of the word “Brexit”. Heaven forfend that Redwood give a straight summary of how the decision to raise interest rates is, at least in part, caused by Brexit and the inept way it continues to be handled.
As a proud neoliberal Redwood must be very happy that Britain’s central bank is independent. Yet he continues to undermine its authority by spreading malicious propaganda. With friends like Redwood, who in the neoliberal camp needs enemies?
One of the most important “thinktanks” behind the Brexit propaganda machine is the Legatum Institute. It is a fountainhead of false predictions, delusional thinking and empty promises. Its funding comes from a Dubai-based private investment group backed by a New Zealander who, in the words of a recent Times article, allegedly made his money by “exploiting trading opportunities created by extreme political disruption”.It gets worse though. In his FT piece Redwood encourages investors to take their money out of Britain and put it elsewhere. You read that right. The same man who will not let one day pass without emphasising how well Britain is going to do out of Brexit is at the same time talking down the markets and encouraging capital flight. To call this bizarre might be too generous. Still, that’s what disaster capitalists do.
“Extreme disruption” is now inevitable for Britain since it can either save its economy by going for a soft Brexit, effectively ignoring the referendum result and thus doing terrible damage to its democracy. Or Britain can save its democracy by implementing a hard Brexit. This will ravage its economy.
It is an absolutely awful choice that Britain has nobody to blame for but itself. Meanwhile Redwood took to Twitter over the weekend again to let it be known: “For the EU now it is a simple binary choice. Do they want to carry on with the access they currently enjoy to the UK, or would they prefer to access the UK as a third country under WTO rules and with WTO tariffs?”
The truth is that the real binary choice for Brussels is: given that the May government survives only thanks to ardent supporters of the calibre of Redwood, does the EU still consider Britain a serious negotiating partner?
• Joris Luyendijk is a banking journalist


No wonder John Redwood backs Brexit. He will make money out of it, after all | Joris Luyendijk | Opinion | The Guardian
.
.
.
Posted by Jeremy Woodward at 01:00