Brexit: and the most radical recasting of agricultural policy in 60 years

How to see the government's agriculture bill which is going through parliment?
The one good thing about Brexit? Leaving the EU’s disgraceful farming system | George Monbiot | Opinion | The Guardian
UK Agriculture Bill is 'seven-year notice for many farmers to quit industry' - New Food Magazine
Farming for food: Gove’s agriculture bill entirely misses the point - The Ecologist

The FT is more positive:


There is life after Brexit for the British countryside 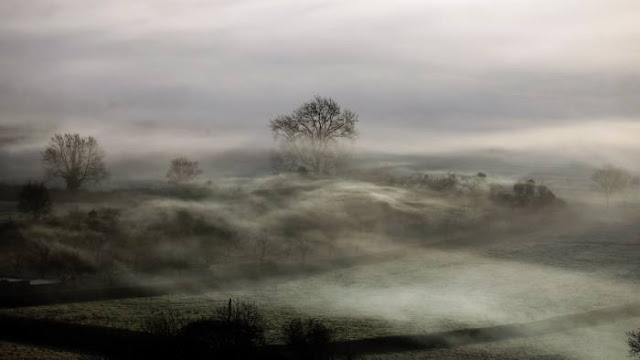 
If you drive through much of Britain’s countryside, there is very little left of its traditional beauties. Vast fields of ploughland or pasture, unmediated by hedges, are empty of birdsong, animals or trees. The cause is a form of farming that has been incentivised by the EU’s common agricultural policy, one that could be about to change dramatically as a result of Brexit.
In an attempt to counteract some of the distortions and depredations of the CAP, the UK government proposes the most radical recasting of agricultural policy in 60 years. Ministers are gambling on the belief that while Britons have come to rely on affordable food, we also have other needs — needs which have become pressing in our increasingly urbanised society: for peaceful and beautiful landscapes where we can walk or cycle; for wildlife to be looked after and history preserved, for unpolluted air and clean rivers and streams.
The new approach is outlined in the agriculture bill, which receives its second reading on Wednesday and, if successful, could provide a model for policymakers outside the UK.
The CAP’s main thrust, despite numerous iterations since it was introduced in 1962, remains rewarding farmers with taxpayers’ money for farming more acres and encouraging mass food production. As a result, and all too frequently, landowners who do not need a subsidy are those who receive the biggest. The CAP also prioritises production over other aims such as improving public access to the landscape or looking after the environment. This leaves much of agriculture in the EU out of sync with addressing global challenges such as climate change and food oversupply.
Brussels has tinkered with the CAP. But it does not have the option of unpicking it entirely. The UK, however, does. Under the post-Brexit plan, landowners will be financially incentivised to look after their “natural capital”, a term coined by Ernst Schumacher in 1973 in one of the urtexts of environmental economics, Small is Beautiful. The concept encompasses an interpretation of the natural environment covering everything from food production, biodiversity of flora and fauna, clean water and air to cultural heritage.
The new approach — the first such rural policy in the world, ministers say — will not stop farmers who want to go on producing commercial crops for profit. But, starting in 2021, they will no longer receive taxpayers’ money for doing so. Instead, landowners will be rewarded for delivering a broader definition of managing their land by maintaining the hedges, rivers, birds, butterflies and historical features.
The bill has its naysayers, not least the National Farmers’ Union, which says consumers’ appetite for cheap food is of over-riding concern, and the new approach will raise its cost. And the lack of detail in the bill may lead to a fatal watering down of its provisions by vested interests with much to lose. How exactly should the “public goods” like clean air, water, and land access be ranked and valued? Research in recent years suggests the numbers can be impressively random. California’s street trees, for example, are apparently worth $1bn a year because they help regulate the atmosphere and prevent flooding.
Politics could also intervene unhelpfully. Delivering such a radical shift appears highly dependent on Michael Gove, the Brexit-supporting reformer at the helm of the Department for the Environment, Food and Rural Affairs. The plan might not survive his departure, either for greater or lesser things.
The biggest question mark, though, is around who will dole out the money. The different elements of the CAP have been administered in recent years by different UK authorities. The government’s 25-year environment plan commits it to creating a new body to oversee policy in this area. An effective and accountable delivery mechanism will be the single most important element in ensuring the new scheme’s effectiveness.
Despite these lacunae, though, the government deserves credit for ambition. In this area, at least, the UK government is delivering on its promise to use Brexit as an opportunity to introduce some fresh air into its thinking.
sarah.gordon@ft.com

Letter in response to this column:


There is life after Brexit for the British countryside | Financial Times
.
.
.
Posted by Jeremy Woodward at 12:27