Is turning shops into homes the best way to save our high streets? 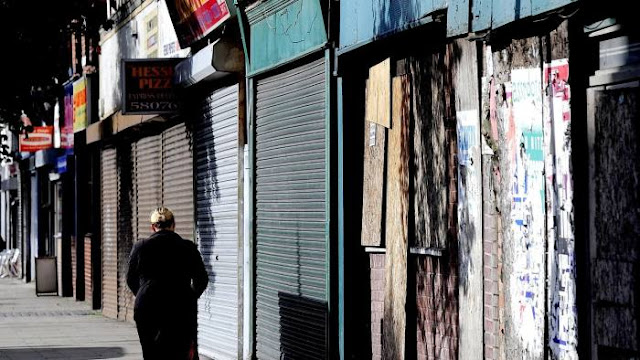 Chancellor Philip Hammond is eyeing changes to England’s planning system to accelerate the conversion of empty shops into homes, in a move that could help ameliorate the housing crisis and ensure managed decline of high streets.

Allies of Mr Hammond said he was exploring ways to reshape town centres to allow more homes to be created while still preserving high streets that are popular with shoppers, as the government seeks to make good on its pledge last year to fix the “broken” housing market.

An announcement on planning reform could be made in the Budget on October 29, although Mr Hammond is resisting calls to use his main set piece event of the year to embark on a major overhaul of business rates — a property tax paid by companies — that would help struggling high street retailers. The Treasury declined to comment.

But with experts warning that the UK has a surfeit of shops, Mr Hammond is said to be considering changes to the government’s national planning policy framework for England that could encourage more conversions into homes.

Prime Minister Theresa May, who has made tackling the housing crisis one of her top domestic priorities, suggested in a speech in March that more disused buildings should be reused as homes. It was important not to hollow out high streets, Mrs May also told a conference at the Royal Town Planning Institute, a UK planning body.

Some high street retailers are struggling — there has been a string of profit warnings and collapses this year as consumers shop more online — and reform of business rates could provide some much-needed relief.

In its pre-Budget submission to Mr Hammond, the British Retail Consortium, the industry trade body, called for a three-year freeze on scheduled rises in business rates. However, the property tax is an important source of revenue for the Treasury: business rates generated £27.3bn in 2016-17.

Nicky Morgan, chair of the Commons Treasury select committee, has said she wants to examine the impact of business rates this autumn, after asking whether the tax was still “fit for purpose”.

Although Mr Hammond is resisting a big overhaul of business rates, he has indicated he is willing to take other steps that could help high street retailers as they contend with intensifying competition from online rivals. During his keynote speech to the Conservative party conference this month, the chancellor repeated his threat to impose a digital sales tax on technology companies that could reduce the competitive advantages that online retailers have compared to high street rivals. He said he wanted an international agreement on how to tax online companies so as to protect traditional retailers, but added: “The stalling has to stop. If we cannot reach agreement, the UK will go it alone with a digital services tax.”
Philip Hammond looks to ease converting empty shops into homes | Financial Times

BRITS could be allowed to convert empty shops into homes in a bid to solve the country's housing crisis, it emerged today. Philip Hammond is reportedly considering relaxing planning rules to make it easier for commercial property to become residential. 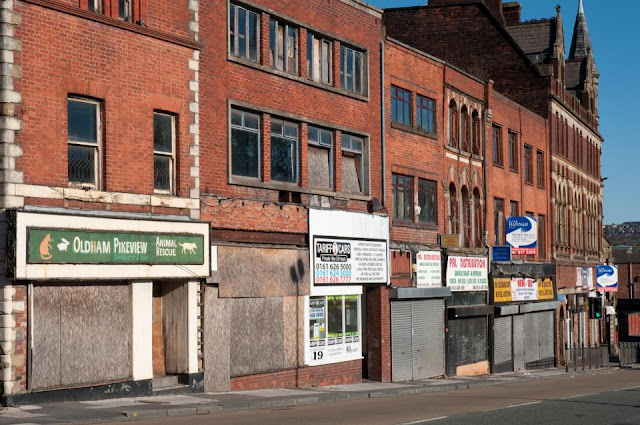 Empty shops could be converted into homes under new plans

The radical move could solve two problems at once - by increasing the supply of housing and regenerating battered high streets. The Chancellor may use next Monday's Budget to announce new regulations on planning, the Financial Times reported. The policy would ensure that more empty storefronts could become family homes. Theresa May has previously expressed support for the proposal, saying it could protect high streets.


Many towns have seen their shopping areas hollowed out as consumers increasingly migrate online rather than making purchases in person. Experts believe that turning unused shops into houses could stop the decline of town centres - as well as bringing down sky-high property prices.

Mr Hammond is also under pressure to freeze business rates which are blamed by retailers for helping to hollow out the high street. A spokesman for the Treasury said: "We don’t comment on Budget speculation."

The EDW blog is not so sure:
First they changed offices to homes, now it’s shops | East Devon Watch
.
.
.
Posted by Jeremy Woodward at 08:39