Huge fears have been expressed about the new NPPF:
Futures Forum: The new National Policy Planning Framework "is a developers' charter"

Richard Morrison has written in the Times on the issues:
Futures Forum: The ruinous planning policy MPs don’t want you to know about

... Simon Jenkins writes in the Guardian:

Government housing policy has lost all contact with planning Britain’s countryside. This week the Campaign to Protect Rural England is up in arms over house-building in green belts, and over the lack of what it calls affordable housing. These are a distraction. It is planning as such that has collapsed.
The CPRE is concerned that 8,000 houses were built last year on green-belt land, or 24,000 over the past decade, and that hardly any were affordable. This has predictably raised a green light over all green belts, with developers rushing forward with applications for 460,000 new homes now in process. Already, unplanned and sprawling “toy-town” estates are spreading across the home counties, the Fens, the Somerset Levels and the Severn Valley. It has sucked development into the south-east of England, denuded town centres and put ever more pressure on transport corridors. It is the worst sort of “non-planning”. 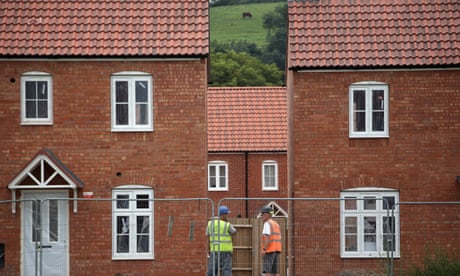 Read more
The issue should not be green-belt building or affordability. All rural land is now in contention. As for affordability – usually 20% off market price – such a subsidy is always short-term, and should never be a loophole for allowing building where it would otherwise be stopped.
New houses in the countryside have intense local impact, yet they form a trivial element in the housing market, of which some 90% involves existing stock. Policy should be aimed at genuinely boosting supply. This means cutting Britain’s shocking underoccupation of existing buildings. It means help with downsizing and subletting. It means not taxing sales, as stamp duty does. It means densifying urban sites and being more flexible on building uses. Modern “green” development is in cities.
Local planning must be restored. The government claims the right to decide how many new people come to Britain. It should grant local people the same right, to control the pace and nature of settlement in their communities. New planning rules deny them that right. They dictate that, should local people fight imposed targets, they will lose any further say in the matter, allowing free rein to development. It is heads we win, tails you lose localism.
Britain’s reputation for town-and-country planning has all but evaporated over the past decade. Each change in planning rules, usually dictated by the building lobby, has drawn ever more of the countryside into speculative play. The solution does not lie in arguing over a few hundred green-belt acres and a few thousand subsidised houses. County land-use planning has to be restored. Landscape considered worthy of long-term preservation – and much of it is still outside national parks – should be “listed” for its scenic and environmental value, like conservation areas in towns. Other land could then be declared a potentially developable land bank.
Listing the landscape would replace the present fighting with proper planning. Everyone would know where they stood. Rural Britain would not, as now, be up for speculative land grab. The old mistakes would not be repeated.
• Simon Jenkins is a Guardian columnist
If we value rural Britain, we can’t build houses all over it | Simon Jenkins | Opinion | The Guardian
.
.
.
Posted by Jeremy Woodward at 15:50