Could underground farms be the polytunnels of the future?

We can try 'vertical farming' - that is, farming in tower blocks:
Futures Forum: Vertical farming > "the most technically advanced indoor farm in the world" unveiled

And we can try underground farming:

Could underground farms be the polytunnels of the future 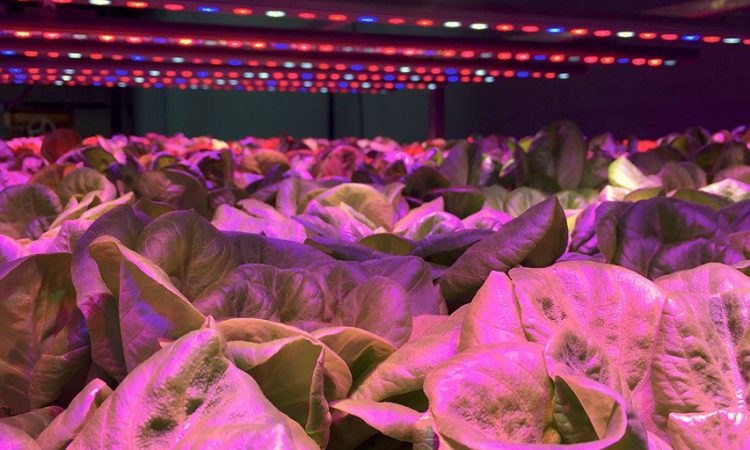 UV light growing systems are already a reality...but could going underground be the next step? Image source: Newlux

The farms would be linked by a network of tunnels for intensive crop farming to feed rising urban populations. They could be established close to, or beneath, city centres to reduce transport costs and CO2 emissions.

Cost-effective underground tunnels for crop planting could be constructed using new drilling techniques and these could be linked with existing coal mining and civil air defence tunnels, many of which are now abandoned.

Prof. Saffa Riffat, project lead and chairman in sustainable energy at the Faculty of Engineering explained: “There are millions of redundant coal mines and tunnels in the world which could be linked to new tunnels for crop production. In the UK there are over 1,500 redundant coal mines, and in China, there are over 12,000 abandoned coal mines (0.6 million m³), 7.2 billion m³ of tunnels and about one billion m³ of civic air defence tunnels.”

Prof. Yijun Yuan, Marie Curie Research Fellow at the University of Nottingham, and specialist in sustainable energy and mining engineering will work with Prof. Riffat on the project, which will focus for the next two to three years on the potential for the concept in the UK and China.

How Will It Work?

A variety of crops could be grown in the underground farms using hydroponic planters (with plant roots fed with nutrient-rich water). Coloured LED units would enable photosynthesis in the absence of sunlight.

Groundwater could be used directly or water could be condensed from ambient air. A major benefit of this approach is that crop production is largely unaffected by climatic or seasonal restrictions – one of the greatest limitations of conventional farming methods – allowing production of all kinds of crops all year round. The concept would also enable crops to be produced in arid and water-deficient areas.

Carbon dioxide (CO2) is required for plant photosynthesis. The subterranean farms will use CO2 capture and release systems, as these spaces are well suited to carbon storage. Use of carbon capture systems has the added benefit of reducing CO2 concentration in the environment, as additional carbon is adsorbed in materials in the subterranean space.

Electricity generated from renewable sources and off-peak power could be used to power the LED lighting for plant photosynthesis.

Prof. Riffat added: “Many crops are now being grown in greenhouses. Although this provides a controllable growth environment, greenhouses are heavy energy consumers. However, vertical farming systems are expensive to manufacture and install, and require a large amount of water and energy for heating and cooling. They are also vulnerable to extreme weather conditions, wars and terrorism.

“Underground farms are not strongly affected by the seasons or climates, and are resistant to natural disasters, extreme weather, pests and diseases, man-made accidents and industrial pollution. In fact, the subterranean environment is naturally suited to the growth of plants.

“Plants need a closed environment with less oxygen and enriched levels of CO2 and water. In terms of the rationality of the biological chain and the biological space, crops are best located underground, leaving the ground surface for human and animal activities.”

Could underground farms be the polytunnels of the future - Agriland.co.uk
F&FF - Technical and Business Information
.
.
.
Posted by Jeremy Woodward at 16:19