The STC Annual Report for 2012/2013 has popped through letterboxes of late, with the star place given to the Grant Presentations at the Annual Town Assembly in April.

This piece from the View from Sidmouth quotes directly from the Annual Report:

Sidmouth Town Council has increased its annual precept for 2013/2014 by more than £50,000 as they prepare for a possible squeeze on local government. The statement was made by the town council’s member with special responsibility for finance, Councillor Jeff Turner, who reported on the town council’s budget for the next year, at their annual town meeting. The annual precept for 2013/2014 has increased from £342,622 to £400,000, which Councillor Turner said would help towards upcoming special projects and will allow the town council to be in a good position to take on new responsibilities, providing a service that was strong and efficient.As a consequence of the increased precept, council tax for a Band D property will increase to £55.85 per annum, approximately £1.07 a week; with the town council precept constituting around 3.5 per cent of council tax.

Councillor Turner said: “We have increased the precept in order to be well-positioned to fund emerging special projects which are important to our town and for which the costs are not yet known. The potential special projects include the possibility of taking over the Manor Pavilion, a beach management plan to protect and improve the area at Pennington Point and the possibility of contributing to a project allowing Sidmouth to be part of a Jurassic Coastal transport link. In addition, the council took a decision to prepare and to establish a reserve for future years to mitigate risks associated with the ongoing squeeze on local government finances. This also covers the potential for the town council to take on the maintenance and resourcing of more assets and services previously provided by the district council.

“Almost all of the increased precept is allocated to the reserves and contingencies budget. Administration costs have been held at the same level as the previous year, whilst there have been relatively small but unavoidable increases associated with the council’s freehold property for insurance, business rates and maintenance.”

"Additionally, the precept will provide for general expenditure, and property costs totalling almost £163,000 to cover many amenities and services from play parks to Christmas lighting and grants for local organisations."

> A total of £20,000 has been set aside for this year’s Sidmouth Folk Week with a particular focus on the children’s festival and a further £10,000 has been allocated to sponsor social dance at Stowford Community Centre, with hope it will become another permanent location during the celebrations.
> Floral displays will also continue to appear in the town and surrounding villages, with £14,500 going toward keeping the Sid Valley in bloom.
> Sidmouth Information Centre will also once again benefit from £24,000 for their on-going work with visitors and the public.
> The town council has also maintained a partnership with the district council to keep public conveniences in a suitable condition with £26,000 supporting the project. In addition, the seafront amenities are completely funded by the town council with a further £20,000 put aside for the showers, toilets, disabled facilities and the Jurassic Coast Interpretation Centre.
> Grants for local organisations this year went to twelve groups totalling £11,450 whilst the town council will also fund the £7,500 for Christmas lighting, supplemented by local businesses and £7,000 will support the Sidmouth Hopper Bus.

This is the report from the Sidmouth Herald:

Sidmouth Town Council chairman Stuart Hughes is picrtured with some of the recipients of cheques that were handed out at EDDC's Knowle Hq on Monday evening. Photo by Simon Horn.
Civic leaders presented more than £11,000 in grants to a diverse range of worthy causes in Sidmouth at the annual town meeting. Representatives of the 12 organisations collected their awards from town councillors, and some explained how the money will be spent.
The 1st Sid Valley Scout group, Sidmouth Science Festival and the Sid Valley Food Bank gave presentations on the work they do and their plans for the future.
Council chairman Stuart Hughes said: “We have a great team, and we certainly have Sidmouth at heart.” He added that any other organisations need only apply to the council to be considered for a grant.
Nancy Craven and Brian Manwaring from the 1st Sid Vale Scouts thanked the council for their £1,000 grant, which will go towards building a permanent base. The scout group has 140 members – up 16 per cent on last year, whereas across East Devon the numbers only grew by one per cent. Group scout leader Nancy said the field they use in Salcombe Regis was ideal in the summer, but they need a single, reliable site to use in the winter. Brian said they had planning permission for a new hut, and the current funding push will get them on the power grid and get the building process moving.
The Sidmouth Science Festival will return in October with a £2,000 boost from the town council. As well as wanting to be bigger and better than last year’s inaugural celebration, organiser Dave Bramley is challenging organisations in the town to help out in new and unusual ways. He hopes it can grow and grow, and is also looking for funding at the regional and national level. The festival has a strong focus on bringing together the science and arts world – this year Dave is looking for a group who can knit him a brain. “Science teaches us to be inquisitive, and there’s so much beauty to be inquisitive around here,” he said. As well as encouraging other groups to get involved with the science festival, Dave said his team would do what they can to get involved with the Tour of Britain, the Devon stage of which will start in Sidmouth.
The Sid Valley Food Bank received a donation of £500, which chairman Ian Skinner said would let them offer fresh bread and milk as well as the current non-perishable items on offer. The charity was set up in November and has helped support as many as 94 households. It now has a manager, in the form of Lois Swarbrick, who oversees the sorting of donations, directs volunteers and provides continuity for those who attend.
Sidmouth council hands out grants - News - Sidmouth Herald

The View from Sidmouth also covered the grants:

SIDMOUTH: Council give groups a boost

Members of Sidmouth Town Council pledged their support to a variety of local organisations and groups, when they presented a number of grants at their annual town meeting. Twelve organisations benefitted from a total of £11,450 at the meeting held last Monday evening, with Chairman of Sidmouth Town Council, Councillor Stuart Hughes saying the council “had Sidmouth at heart”. Out of the 12 groups receiving their cheques at the meeting, representatives of the 1st Sid Vale Scout Group, Sidmouth Science Festival and the Sid Valley Food bank were invited to give short presentations on the work and activities of their organisations.

The first donation went to the 1st Sid Vale Scout Group, who received £1,000 towards their fundraising appeal for a new scout headquarters. Attending the meeting was group scout leader, Nancy Craven and Sid Vale leader, Brian Manwaring who explained the importance of their fundraising campaign. Mrs Craven told the council there are 140 scouts in the 1st Sid Vale Scout Group representing one fifth of the scouts in Devon, with one beaver colony, two cub groups, two scout groups and a team of explorer scouts. Mr Manwaring then went into further detail on the importance of the new scout headquarters, giving the scouts a place where they can use the outdoors safely and freely all year round; have a place, which they can call home, and also be able to cater for the growing number of youngsters who wish to join their group. He added: “We are so grateful to Sidmouth Town Council for this grant which will help tremendously toward our target. “In the past year alone, we have raised £25,000 just from local fundraising and we are determined to work towards bigger fundraising and reach our goal.”Vice-chairman of the town council, John Hollick thanked the scouts for the increase in numbers in the local community; saying that almost 70 per cent of scouts go on to work in the armed forces, and that it was a very valued service for all involved.

Dave Bramley, organiser of the Sidmouth Science Festival was the next to speak at the meeting, first thanking councillors for their contribution of £2,000, which he said gave the festival a firm foundation to build on. Mr Bramley spoke about the success of the first festival held last year for the town, and how they were pleased with how many of the wider community took part. He also said that he wanted the festival to grow and grow, and hoped that at some point, they could reach for national and regional funding. He added: “We want to get more community groups involved and reach out to as many organisations as possible and I urge all of you to get in contact; as there isn’t one group which couldn’t play a part in some way. Science impacts every part our lives, big and small and encourages us to be inquisitive and there’s so much beauty around here. Young people in particular need these skills and information to move forward in aspects such as future employment. For the next festival, we aim to increase our involvement from young people from 500 to 1,000, make a bigger push for school involvement and reach out to every community group in the Sid Valley.”

The final presentation came from representatives of the Sid Valley Food bank who said they were grateful to Sidmouth Town Council for their grant of £500, which will help continue the on-going work, supporting the needy in the local community. The food bank, which launched in December 2012 has already helped 94 households as well as providing emergency boxes to the public, and runs every Friday with the help of volunteers from 1pm until 3pm at the Unitarian Chapel on All Saints Road. Chairman, Ian Skinner said: “I would like to give a big thanks to all in the Sid Valley for supporting us with donations and your continual help. We hope that in time, these services won’t be needed, but for now there is a need and we hope we can continue to help those in need.”

PICTURE 1: Dave Bramley was handed over £2,000 for the next Sidmouth Science Festival.

PICTURE 2: £500 was handed over to Belle Bick, Ian Skinner and Lois Swarbrick from the Sid Valley Food bank.

PICTURE 3: Lynette Talbot and Peter Endersby of Sidmouth in Bloom received £1000 for their floral displays.

Sidmouth in Bloom: Sidmouth In Bloom 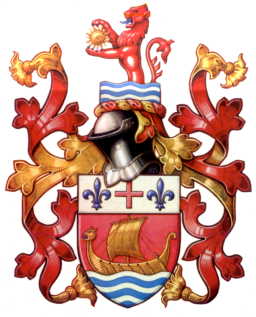