The wider question is whether being 'disruptive' can be a good thing for society and the economy...

When it comes to 'innovation':
Futures Forum: The promises of technological innovation >>> "The Fourth Industrial Revolution" and the future of work

When it comes to finance:
Futures Forum: "The emergence of peer-to-peer lending, fintech and new forms of currencies mean people and businesses can act on their dissatisfaction with the big banks"


The idea of 'distruption' is now everywhere - as a series on Radio 4 has demonstrated:

It was in the late 1990's that a Harvard academic Clay Christensen introduced a buzzword that has now become pervasive. He wanted to capture why established companies get driven out of their industries by young upstarts. It became known as disruptive innovation and has dramatically reshaped our business landscape.

Two-thirds of the companies on the Fortune 500 list in 1980 have disappeared. The balance has shifted from the incumbents to the challengers, from the old economy to the new. For some start-ups, the belief in disruption has taken on a near-religious edge. Forget rules, obligations and regulations - all that disrupts is good, all that stands in the way deserves to fail.

In this first programme, Tim talks to Michael Bruce, the CEO of online estate agent Purple Bricks. He has labelled traditional estate agents as "out of touch, out of date and leaving millions out of pocket." From idea to IPO in three years, they have become a threat to the traditional model. Simon Gerrard has been involved in the estate agency industry since he started photocopying for his father aged ten. Not feeling threatened by Purple Bricks, he believes their lack of hand holding, negotiating and guidance will be their downfall. They come together for breakfast - but who will pick up the cheque?

One hundred years passed without a new bank emerging. Now there are close to 50 new ones in the pipeline. In this second programme of the series, Tim speaks to Tom Blomfield from Monzo, one the UK's newest licensed banks - backed by serious investment and infused with the start-up confidence that they can do better than the current crop, The former boss of Barclays, Antony Jenkins, has his own fintech start-up looking to modernize the back office technology used by banks. But the banks have all the cash and most of the customers. They will not be disrupted easily. Is the threat of fintech hype or reality?

We had another series earlier this year:
The Digital Disruptors - BBC News

And out there, businesses are trying to get into the act:
Responding to disruption takes two strategies | London Business School

And it's happening everywhere:
Disruptive Innovation and the Natural Resource Revolution - Lexology

From farming:
An Era of Digital Disruption and Innovation in the Agriculture industry-Ashok Sharma - BW Disrupt

Disruptive innovation in hospitality: Are we there yet? 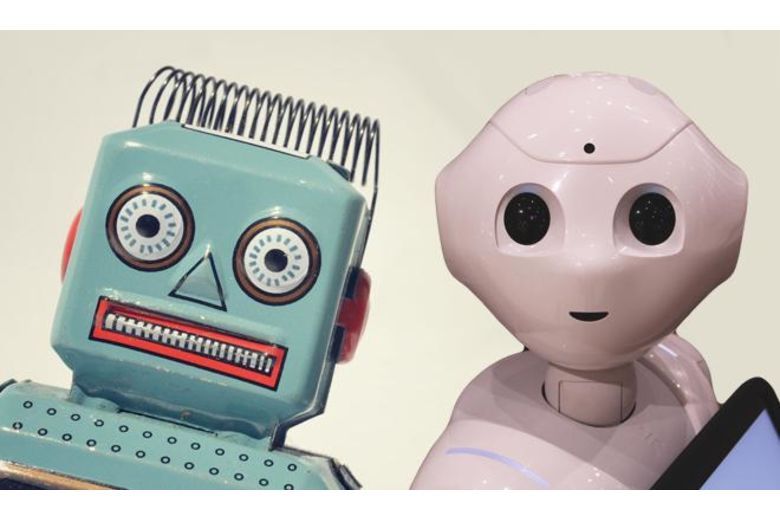 By Carlos Martin-Rios, Assistant Professor of Innovation and Human Resources at EHL

Society both likes and fears the concept of disruptive innovation. We like to experience new ways of traveling and creativity in cooking dishes; at the same time, we may be somewhat anxious or even afraid of getting into a self-driving car or eating something cooked by a robot chef.

The term 'disruption' is widely used by the media to denote a form of breakthrough that takes place in rapidly-changing markets. It can mean different things to different people, along a continuum from incremental change to radical transformation. According to conventional wisdom, a provocative marketing campaign may be seen as 'disruptive' as an affordable-luxury hotel concept with shared bathrooms.

SIMILAR STORIES
Hospitality industry expansion is being fueled by alternatives | By Prakash Shukla
Why my first Airbnb experience was underwhelming | hotelnewsnow.com
How Airbnb Changed the Traditional Lodging Industry | entrepreneur.com
Disrupting the Booking Process | By Pierre Boettner

What disruption means to academics – and some business leaders who have been influenced by the theories of Harvard professor Clayton Christensen – is somewhat different. According to Christensen's well-known (and oftentimes misused) theory, disruption describes a process whereby relatively small companies with few resources are able to successfully challenge, often to the point of up-ending, incumbent businesses. Disruptive innovations are however differentiated from sustaining innovations. The former originate either in low-end markets or new-market footholds, whereas the latter make good products better. As such, there are few innovations that can truly be labelled 'disruptive'. Yet, few terms have so affected the collective psyche that companies in virtually every industry now seem to face constant disruptive innovation.

But the fear or hope of emerging disruption is exaggerated and misleading. For example, Christensen argues that Uber does not qualify as a genuinely disruptive company as it didn't originate either as a low-end opportunity or in a new market, primarily targeting non-consumers. In an article published a year ago, I made a similar claim about Airbnb. Yes, Airbnb's sustaining innovation effectively capitalizes on improving the efficiency of the system — in a dishonest way, some would argue — but it will not break the established industry's rules anytime soon. Rather, as my colleague, Professor Cindy Heo contends, Airbnb will develop into another major player in the industry.

Self-driving cars will be truly disruptive for the automobile industry if they are aligned with their developers' ultimate goal: that consumers will no longer need to have their own personal car anymore.

What is then a potential disruptive innovation in hospitality? No one has a crystal ball and is able to predict the future with any accuracy, so we must rely on intuition to forecast possible ways in which the hospitality sector may open up or see a fundamental change in the way hospitality is delivered to customers. Consider these two examples:

3-D printers: Hotels 'printed' using concrete will open up a new field for hotel/temporary housing development, valuation and real estate. Using the currently-available technology, a San Francisco-based start-up, Apis Cor, can 3-D print a hotel in one day. 3-D printing of buildings will allow accommodation hosting opportunities to develop and disappear very quickly in new areas, according to changing destination popularity, or to extend capacity following a surge of visitors, for example.

Virtual reality: headsets or physical spaces will change the very notion of tourism. We will virtually travel not only to places, but in time as well. As another colleague, senior lecturer Remy Rein, commented to me recently: why would we physically travel to 21st century Rome, if we can 'virtually' visit Rome in the 1stcentury BC and experience 'real-time' how the Colosseum was built?

Disruptive innovation in hospitality: Are we there yet? | By Carlos Martin-Rios – Hospitality Net
.
.
.
Posted by Jeremy Woodward at 01:00