Newspapers are failing the public on climate change

Mainstream national organisations have made it very clear that we need to be focussing on climate change:
CPRE warns climate change is the greatest threat facing the countryside - Campaign to Protect Rural England
Exclusive: BBC One to show first primetime film on climate change since 2007 | Carbon Brief

Even Floridians are waking up to the reality of climate change: 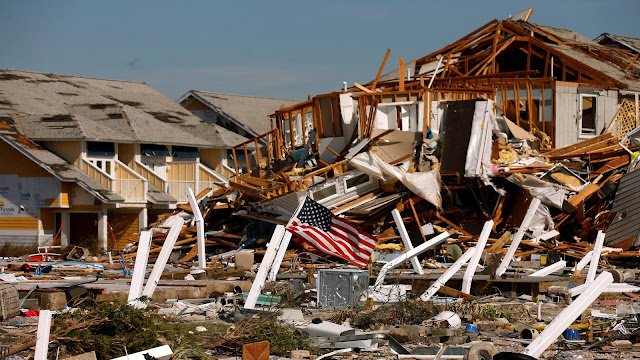 The former editor of the Guardian writes in today's i newspaper:

Alan Rusbridger: Newspapers are failing the public on climate change

This column is going to be about global warming – but, please, don’t stop reading. I know: the subject may bore you. You may find it too alarming to think about, too big to worry about, or too depressing to engage with. I understand. But please don’t switch off.

On Monday, this newspaper led on the latest dire warnings about climate change. That’s right: more dire warnings. Eighty top scientists described a kind of global emergency in which our species has around a dozen years to help prevent catastrophic change to our planet.

Sounds like news? Clearly this newspaper – and one or two others – thought so. But most tucked away the existential threat to our way of life on inside pages, if at all. Three decided it was better to focus on two Strictly stars who had indulged in a drunken snog.

This depressed me more than I can say. A bit of an insomniac at the best of times, I’d been listening in the middle of the night to the BBC account of the new Intergovernmental Panel on Climate Change (IPCC) report. It was not an aid to sleep: indeed, the likelihood of an impending increase in floods, drought, extreme heat, famine and poverty made me sit bolt upright in bed.

But many editors were obviously less troubled. Hey, these are just the leading climate change authorities in the world, so what would they know? Enough of experts, let’s have some fun in our lives. Let’s read about the Strictly snoggers.

I slept fitfully and, on waking, had a bit of a rant on Twitter.

I know the arguments, of course. Tabloid editors (though the snoggers made it to the front of the Telegraph as well) sell on sensation, not worthy news. If the punters can be persuaded to at least buy a paper, they might stumble upon climate change once they’ve sated themselves on smooching dancers.

Their argument essentially boils down to this: “Our business model doesn’t allow us to do journalism in the public interest. So, instead, we’ll write about what interests the public.”

Some newspapers are increasingly reliant on metrics to measure what the public wants. If the readers don’t want to read about climate change – because it bores/frightens them, or they simply don’t believe in it – why write about it?

That might make business sense, but it’s really bad for democracy. Politicians are going to have to take some really tough decisions in the near future if we’re to stave off terrible things happening to hundreds of millions of our fellow human beings. If we are completely unprepared for that discussion, it will make the chances of change virtually impossible.

See the attempts of Malcolm Turnbull to achieve meaningful change on carbon emissions when he was prime minister of Australia, a decent instinct which twice saw him ejected from office by colleagues who couldn’t face taking unpopular decisions – or, worse, didn’t believe they were necessary. Is it a coincidence that around two-thirds of the Australian press is owned by one man, Rupert Murdoch, whose titles around the world often display a marked climate-sceptic tendency?

If editors ignore climate change, downplay it, or don’t really accept the overwhelming opinion of scientists, then how are their readers – our fellow voters – expected to make rational decisions about what’s best for them?

The editors might be right, of course: that their business models don’t really allow them to put matters of the most urgent importance on their front pages. If so, then we rapidly need to reinvigorate the conversation about how to sustain journalism that does contribute to the public interest.

My Twitter rant prompted one fellow Tweeter, Paul Ford (@ftrain), to wonder why the leaders of massive social platforms weren’t banding together to do what newspapers aren’t: using their vast reach to communicate with their billions of users about the real risk of climate change. They would, he speculated, win the Nobel Peace Prize within 10 years.

Is it going to happen? He thought not. Instead, future generations would ask of them: “You had the means to reach billions of people at nearly no cost, but you didn’t act.”

Thank you for reading to the end, if you have. Yes, global warming is a frightening thing to have to think about. But refusing to think about it will, in the end, be much more painful.

Alan Rusbridger: Newspapers are failing the public on climate change
.
.
.
Posted by Jeremy Woodward at 15:05