Are your parks and green spaces at risk?

Back in the summer, a Parliamentary inquiry was set up into the future of the country's parks:
Futures Forum: Shaping the future of public open spaces

The Communities and Local Government Committee launches an inquiry into public parks to examine the impact of reduced local authority budgets on these open spaces and consider concerns that their existence is under threat.
Future of public parks inquiry launched - News from Parliament - UK Parliament

The consultation finished today, but other action is underway:


Matthew Taylor
Thousands of people are expected to take part in a crowdsourced investigation to find out how many of England’s parks and green spaces are at risk.
The campaign group 38 degrees is asking its members to contact local council leaders to ask about their plans for parks, and will help them send follow-up questions in freedom of information requests.
The group said there was growing concern that councils, faced with swingeing budget cuts, are selling off parks and green spaces to try to make ends meet.
“Year after year park budgets are being cut, but too often the people who actually use them know little about the plans,” said Lorna Greenwood, the campaigns manager at 38 Degrees. “From fewer park rangers to deals with big companies that mean local people have to pay to use their parks, parks around the country are at risk. This investigation is about people across the country coming together to expose the truth so they can make their voices heard.”
More than 180,000 people submitted evidence to the communities and local government committee’s parliamentary consultation, which closes on Friday, calling on the government to make it a statutory duty for councils to protect and maintain the country’s 27,000 public parks. Separately, 322,000 people signed a petition calling for legal protection and 115,000 completed a survey, both of which were organised by 38 Degrees.
A report from the Heritage Lottery Fund this month said the UK’s parks risked falling into disrepair and neglect as a result of budget cuts. While 90% of families with children aged under five had used their local park at least once in the past month, the study said, 92% of park managers had had their budgets cut and 95% were facing further reductions.
Campaigners say the public needs more information as there is no central record of how much money is being spent on looking after local parks – or how many are at risk from corporate deals.
38 Degrees said the investigation would reveal which parks were most at risk and would allow people to put pressure on their local councils and MPs to protect parks in their area.
Greenwood said: “Parks aren’t just a nice to have. Thousands of people from wheelchair users to young families say they are absolutely essential for health and wellbeing. They’re part of our heritage.”
She warned that if people did not take action now, many parks could be lost for future generations. “The government now needs to listen to the 364,884 members of the public who have come together to protect our parks and give them the legal protections necessary to protect them,” she said.

The 38 Degrees campaign is here:

To all MPs on the Communities and Local Government Committee 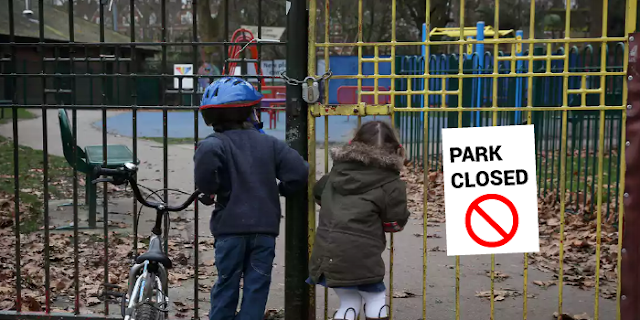 Parks matter, and they belong to all of us. Whether it's a playground to take our children to at the weekends, or a place to enjoy our lunch in the sunshine, parks are amazing places.
We want the government to make protecting parks a legal requirement to make sure they're properly looked after and kept free for everyone to use.
The committee can't personally create a statutory duty for the upkeep of our parks, but they can recommend one based on the results of their consultation. We're calling on the committee to make the strongest recommendations possible to protect our parks.