However, the press release of 16th February makes rather too clear the District Council's own 'preference' for the cheaper S1 option, rather than the one 'preferred' by the consultants:
16 February 2017 - Council commences tender process for Sidmouth and East Beach Management Plan investigations and appraisal - East Devon

The press release of 17th March shows, however, that both Options will be taken to the next stage:

Members of the Steering Group (SG) for the Sidmouth and East Beach Management Plan (SEBMP) demonstrated unanimous support for the aims of the SEBMP on Wednesday 15 March 2017 by voting in favour of a final version of the proposed Beach Management Plan being taken to the next stage of its journey - adoption by the district council.

A report on the SEBMP will now be presented at a meeting of East Devon District Council’s Cabinet on 5 April 2017, when members will decide whether to adopt the SEBMP. If they are in favour, this would allow the project to progress to its next stage - the production of an outline business case, leading to the implementation of a scheme of works to continue to maintain the standard of flood and coastal protection for Sidmouth.

At the meeting different aspects of the SEBMP were debated, including the consideration of installing a rock revetment (rock armour) along East Beach, which some of the Sidmouth community were keen to revisit as a defence option.

However, the SG Chairman Councillor Andrew Moulding reminded everyone that this option was eliminated at the long list stage of the SEBMP, when a decision was made by the SG not to take it forward as one of the short list options due to environmental concerns.

The unsuitability of rock revetment was reiterated by Natural England, the Jurassic Coast World Heritage team and the East Devon AONB team, who in a position statement prepared for the SG, confirmed unanimously that a rock revetment along East Beach would be environmentally unacceptable for two key reasons:

As the local Planning Authority, East Devon confirmed that this would be a material consideration for any planning application for works on East Beach, and as such they would advise progressing the preferred BMP Option, which the various statutory consultees are fully supportive of. 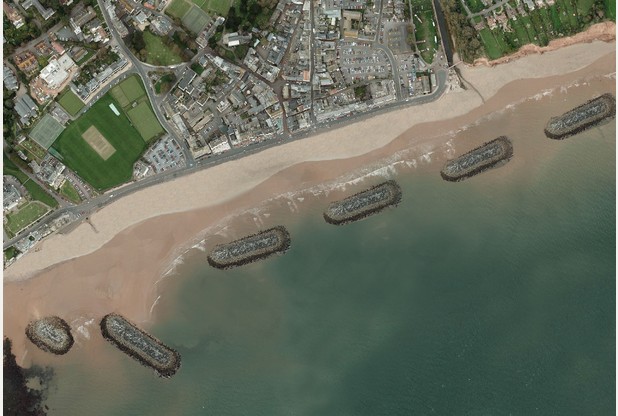 John Golding, East Devon’s Strategic Lead for Housing, Health and Environment, who has chaired the SEBMP funding sub group, gave an update on the progress being made by the group. He confirmed that initial scoping for potential partnership funding has demonstrated that East Devon is unlikely to be able to afford the £12.2M partnership funding for Option S4 (offshore breakwaters). 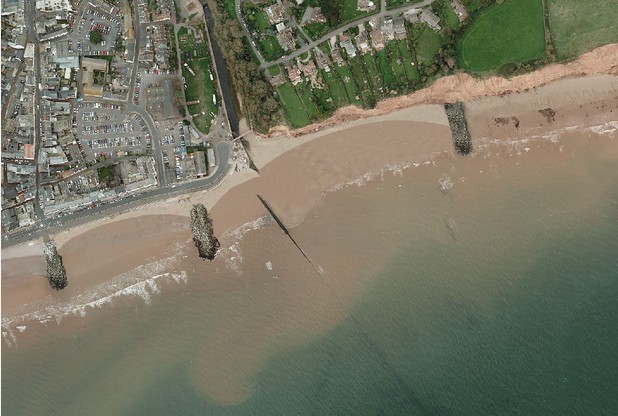 However, while the £3.3M partnership funding for Option S1 (the recommended option from the BMP involving one or possibly two new rock groynes on East Beach) is looking more realistic, work must continue to ensure monies can be secured from the range of contributors approached for funding to provide the confidence necessary to secure Defra grant in aid.

"The East Devon AONB has given us clear and consistent guidance on the unsuitability of a rock revetment for East Beach. Furthermore, their position gives the district’s planning officers no alternative but to recommend to refuse any applications for planning permission for this type of coastal and flooding defence in this location should such an application be made.

"Following extensive debate, with many views being expressed, it has become clear to the SG that rock revetment is unacceptable. While it was important that this topic was given a chance to be revisited again, it is essential that we continue to heed the advice of our statutory partners and work constructively with them to progress the recommended option."

"I believe it was right to have delayed Cabinet’s decision on the SEBMP until the SG had a chance to democratically and fully debate the scheme. SG members needed to satisfy themselves that they are moving forward with a robust plan that is fit for its purpose of defending Sidmouth from coastal flooding and erosion. I fully support the SEBMP moving forward to adoption at Cabinet and I look forward to working with the SG to implement the scheme as soon as is practicable."

The Cabinet were to have considered the BMP in March, but it was agreed that 'councillors will delay the discussion to a future date to allow the project's Steering Group time to understand the considerations made during the Options Appraisal'
Multi-million pound scheme to protect Sidmouth beach from erosion decision delayed | Devon Live

Here is the live blog commentary from the Devon Live/Western Morning News site:

Subject: Sidmouth and East Beach Management Plan
Purpose of report: To adopt Sidmouth and East Beach Management Plan (SEBMP) that will allow us to proceed to the next stage of the project, namely the production of an outline business case, leading towards the implementation of engineering works to maintain flood and coastal protection.
Recommendation: That EDDC adopt Sidmouth and East Beach Management Plan
18:07
The preferred option that the beach management plan has identified is to construct one or two new rock groynes along East Beach over a distance of up to 200m east of the River Sid and to modify the length of the seaward end of the River Sid training wall and East Pier rock groyne to improve sediment transport between Sidmouth Town Beach and East Beach. This would be supported by importing new shingle and moving shingle along the beach as required.
The meeting hears this would help keep a healthy beach
18:08
Stuart Hughes says he has his doubts that this scheme will work but says it is time to bite and bullet and just go for it as see what happens
18:12
It is proposed that the council adopt option S1, the plan which involves one or possibly two new rock groynes on East Beach will need £3.3million funding
18:13
Cathy Gardner says that we have to have this as otherwise the town will be flooded
18:14
David Barratt says he fully supports this and it is the best that we can do. he says never seen something with support that it so unanimous but so lukewarm
18:15
Jill Elson raises concern about how the boulders will be brought in, but seconds the recommendation
18:18
Council hears construction would begin in quarter three of 2019/20.
A cry of 'bloody hell' comes from the public gallery
18:18
Council approves the Sidmouth beach management plan

Major decisions have been made in East Devon - recap | Devon Live
.
.
.
Posted by Jeremy Woodward at 14:08