The Adam Smith Institute is running a session on how the UK might learn from NZ:

What can an independent Britain learn from New Zealand?

Once Britain exits the European Union the Government will take back control of a whole range of policy areas from fishing and agriculture to the ability to strike up new trade deals – but what should we do with those new found powers?

Perhaps New Zealand shows the way. They're regularly found at the top of rankings of economic freedom, with an agriculture sector that's thrived under minimal government involvement and a strong reputation for being open to international trade.

We thought we'd bring two of the sharpest New Zealanders we know to the ASI to try and figure out what Britain should do next.

Roger Partridge and Dr Oliver Hartwich both work for the New Zealand Initiative, which is New Zealand's leading think tank.

Roger Partridge serves as Chairman and previously led law firm Bell Gully from 2007 and 2014. He is a member of the Mont Pelerin Society.

Dr Oliver Hartwich serves as Executive Director. Before joining the New Zealand Initiative, he was Chief Economist at Policy Exchange and an advisor in the House of Lords.

What can an independent Britain learn from New Zealand? — Adam Smith Institute

The FT would agree:
New Zealand shows British farmers how to embrace Brexit

Of course, there are other opinions available:
Brexit spells disaster for sheep industry | South East Farmer
Futures Forum: Brexit: and the future of farming subsidies

With a handy guide:
How to live in a Transition Town | Stuff.co.nz

And here's an example of a project - a million miles away from talk on 'restructuring the economy' - but actually at the heart of what an 'economy' is all about: 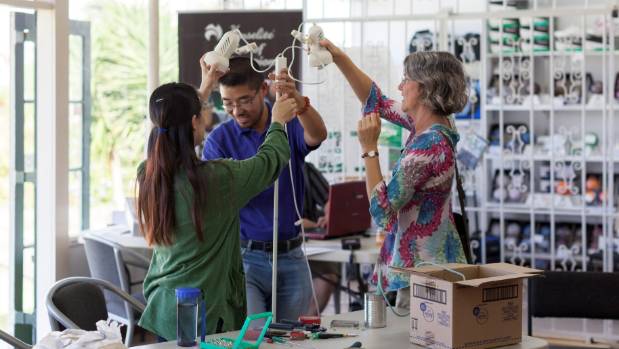 CANDICE NOYER / SUPPLIED
Nini Spook, Xing Xing and Transition Town member Pt Chevalier Yolanda Van den Bemd inspect a broken lamp stand.
A quiet repair revolution has started in Auckland with the aim to fix what others throw away. The country's first pop-up repair cafe was hosted by a group of Pt Chevalier residents this month.
The event is based on the repair cafe movement which started in Holland in 2009 and has spread to more than 18 countries. 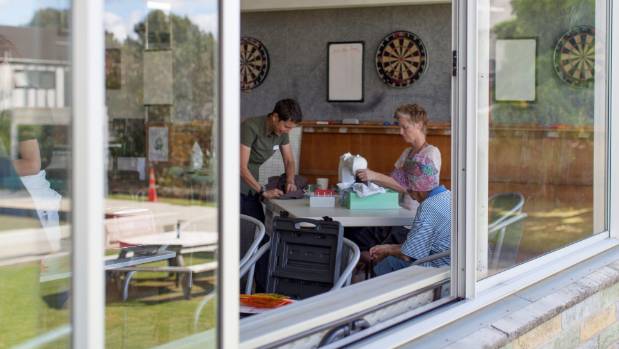 Transition Town Pt Chevalier volunteer members Charlotte Rose and Rebecca Swan shorten a pair of trousers for a resident.
Residents bring their broken items and get them repaired for free while learning the skills to fix them in the future.
Transition Town Pt Chevalier member Ellen Schindler says the aim of the cafe is to help beat society's "buy-break-dispose-buy" cycle. "There is little regard is given to the stockpiles of near perfectly good items filling up our landfills," Schindler says. 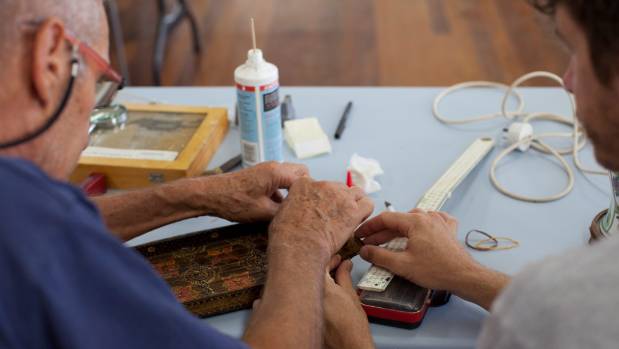 Walter Dendl and Logan O'Callaghan spent hours fixing children's toys.
"Many appliances are designed to become obsolete when a little switch breaks. Often the screws have a format that doesn't allow anyone to open them in the first place."
Taking appliances to repair shops can easily set you back $40 to $60 so people throw them away, Schindler says.
More than 50 residents attended the repair cafe event held for the first time at Pt Chevalier Bowling Club. Broken lamps, furniture, kettles, computer screens and clothing were fixed and mended for free by a group of volunteers.
Selwyn Village resident Juliette Kemp, 83, says she was delighted when volunteer Luke Krieg cleaned and repaired her heater. She says Krieg also taught her how to resolve a similar fault in the future.
Walter Dendl and Logan O'Callaghan had their hands full fixing children's toys which were the most popular items brought for repairs.  Local electricians also volunteered to fix appliances while a group of sewers spent the afternoon mending clothing.
Schindler says there are plans for Transition Town Pt Chevalier to host another repair cafe in the coming months.
The group, which already runs a community garden, also host a repurposing event called SWAP5. The event attracts residents who bring five items they no longer use and swap them with five other items.
"Reducing consumerism is one of our core values," Schindler says.
Contact ttptchev@gmail.com to participate or volunteer at the next repair cafe.