But this has been challenged:
Appeal: Inspector rejects developer's 20% profit requirement | The Planner

With a report and video out today:

The Secretary of State for Housing, Communities and Local Government will be addressing these issues in a speech tomorrow: 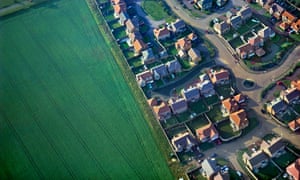 Developers are using viability assessments to reduce the number of affordable homes they are required to build. Photograph: UIG via Getty Images

Developers are managing to dodge building tens of thousands of affordable homes in rural areas where they are most needed because of a legal loophole in planning laws, according to research by the homeless charity Shelter and the Campaign to Protect Rural England (CPRE).

The findings of a hard-hitting report by the two organisations will place added pressure on the housing, communities and local government secretary, Sajid Javid, to announce a tightening of the rules in a speech he is to deliver on Monday on how to change planning rules to tackle the housing crisis.

While developers are required by local authorities to provide a proportion of affordable homes – often about 30% – in any new development, many use “viability assessments” to negotiate down the number by arguing that the requirement would adversely affect their profit margins.

Last year Shelter conducted research showing that the use of viability assessments in 11 local authorities across England contributed to 79% fewer affordable homes being built in urban areas of England than would have been if local rules had been followed to the letter.

Now, with the CPRE, the charity has carried out studies highlighting the same problem in rural areas where prices are often high but wages low, meaning local residents and workers find themselves priced out of the market.

As reported in the Times:

Property developers have used a legal loophole to halve the number of affordable homes that they are building in the countryside.

A study of more than 150 new housing developments found that confidential viability assessments had been used to cut the number of affordable houses by 48 per cent. The assessments let developers break promises made to get planning permission, if they can show those commitments will eat into profits.

When it comes to 'confidential viability assessments', there is currently an FOI request with the District Council:
PegasusLife viability report - a Freedom of Information request to East Devon District Council - WhatDoTheyKnow
.
.
.
Posted by Jeremy Woodward at 07:35