Here's the latest out today in the Herald - with details about the public event later this month:

Last chance to have say on Sid Valley Neighbourhood Plan 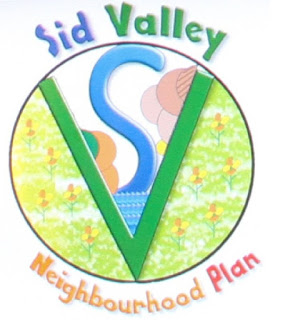 A meeting giving people their last chance to comment or ask questions about the neighbourhood plan will take place in Sidmouth next week.

The public event will be held at All Saints Church Hall on Wednesday, March 21, between 3pm and 6.30pm.
After the end of the latest consultation, on April 12, no further comments on the plan will be taken into account.
Almost two years have passed since the Sid Valley Neighbourhood Plan Steering Group announced that the draft plan would be published on February 28, 2018.
The plan sets out how the community would like to see the neighbourhood preserved and developed over the next 15 years. It comes in two parts, the first describes policies which carry statutory weight when considering planning applications.
Once the plan is made, the policies take precedence over any policies described in the East Devon District Council (EDDC) Local Plan.
There is also ‘community actions’ which are the desires of the local community. The actions do not have any statutory power but serve as blueprints for developments in the area based on a wide sphere of aspirations, interests and activities.
The second part of the plan is an extensive analysis commissioned by the steering group which contains design guidance for developers of any new housing or of refurbishments of existing buildings. This design guidance would apply for instance to any proposals that come forward for the Drill Hall at Port Royal.
Deirdre Hounsom, the steering group’s chair, said: “This is an important time for the Sid Valley community and brings to a close the largest ever public consultation. Our consultations have been extensive, involving all households in our designated area, businesses, special interest groups and young people with the support of our schools.
Visit sidmouth.gov.uk/index.php/neighbourhood-plan
to see the plan online or for more information. Hard copies are available at Sidmouth Town Council or at Sidmouth Public Library.
Email neighbourhood@sidmouth.gov.uk
to leave your comment on the plan.

Plus more info - and the draft Plan - here:

Sid Valley Neighbourhood Plan – Shaping our Future Together
.
.
.
Posted by Jeremy Woodward at 15:12