The NHS and air pollution > "its interventions, such as providing more care close to people's homes, can have a big impact on waste, diesel fumes, noise and industrial chemicals, that have long-term health impacts"

Air pollution is clearly a problem - even around these parts:
Futures Forum: Improving Exeter's air quality and public transport through congestion-charging

Because it's a health issue:
Futures Forum: "The UK government is “flouting” its duty to protect the lives and health of its citizens from illegal and dangerous levels of air pollution."

The question is who else should be reacting:
Futures Forum: "Unfairly shifting the burden" of dealing with air pollution on to local authorities

As pointed out by the East Devon Watch blog:

We can all do more – but big institutions can do a lot more.

AND our councils can lead … sorry could lead if there was the foresight and will.
Has our Clinical Commissioning Group – always thinking of our health (lol) – considered this? You bet not!

With a report from the BBC:

Public at risk from 'daily cocktail of pollution' 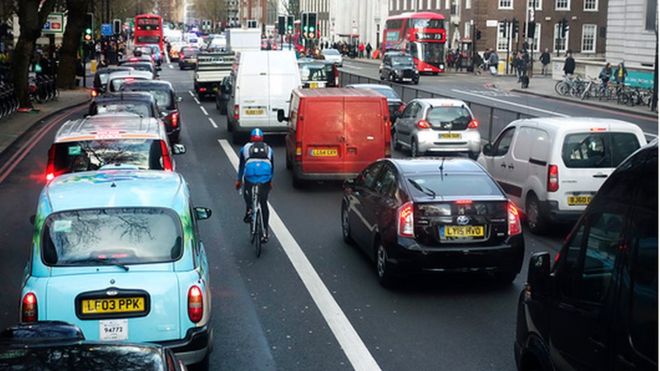 People are being exposed to a daily cocktail of pollution that may be having a significant impact on their health, England's chief medical officer says.

Prof Dame Sally Davies said the impact of air, light and noise pollution was well recognised in the environment. But she said its role in terms of health was yet to be fully understood.

Dame Sally added there was enough evidence to suggest action had to be taken. And, in her annual report, she said the NHS could lead the way in cutting pollution levels.

She said one in 20 vehicle journeys was linked to the NHS, either from patients or staff travelling. And making sure services were brought out of hospitals and closer to people's homes could help reduce that burden.

Dame Sally also pointed to the attempts being made to phase out ambulances run on diesel, a key source of nitrogen dioxide, which is linked to respiratory disease. And she said the NHS could cut its use of disposable plastics, landfill and incineration.

While air pollution does not kill people directly, it can shorten their lives by undermining the health of people with lung problems and heart disease. Previous research has suggested it may be a factor in one in 12 deaths and is the ninth leading factor for mortality in the UK - tobacco, diet and high blood pressure are the top three. But Dame Sally said there was also a question about how air, light and noise could coincide to have an impact on long-term health.

"With factors like air, light and noise, the public is exposed to a daily cocktail of pollutants," she said. "Some of these can be linked to chronic conditions like heart disease and asthma. This increases the risk for some of the most vulnerable members of our society and places a huge burden on our health service."

Public at risk from 'daily cocktail of pollution' - BBC News

The Independent goes a little deeper:

'Five percent of all road traffic at any one time is estimated to be on NHS business, be it patients going to and from care or the NHS’s fleet of vehicles.' 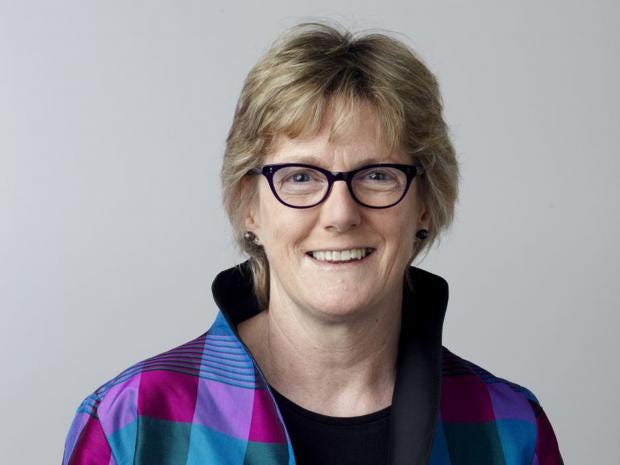 
The NHS must take a lead on tackling a ”cocktail of pollutants” which are contributing to chronic sickness across the country, the UK’s most senior doctor has said. In her annual report, Chief Medical Officer Professor Dame Sally Davies said major industries should take more responsibility for the pollution they cause.

As one of the world’s largest employers, with over one million staff, the CMO says the NHS has a significant pollution footprint with health service traffic - including patients - accounting for one in every 20 vehicles on UK roads.

"It is the case that the health service in this country is a significant polluter simply due to its size," the report says.

But this also means its interventions, such as providing more care close to people's homes, can have a big impact on waste, diesel fumes, noise and industrial chemicals, that have long-term health impacts.

Campaigners estimate that health impacts of air pollution alone cost around £20bn a year, almost one fifth of the NHS budget, so work to reduce it makes financial and ethical sense. Air pollution is implicated in millions of deaths a year, and cities inGermany and Italy have recently announced bans of diesel vehicles to bring the crisis under control. This is also important in addressing health inequalities, with people living in more deprived areas typically exposed to much higher levels of air and noise pollution.

Professor Davies praised forward thinking ambulance services, like South Central Ambulance Trust, which have begun to trial fully electric ambulances that can recharge while dropping off patients, and efforts to phase out diesel emergency vehicles.

The report recommends that local NHS clinical commissioning groups, which already publish data on health measures and hospital performance, should also publish breaches of safe air pollution limits in their region. This should be presented alongside information on admissions to hospital admissions for heart and respiratory conditions, both of which are increased by long term and acute air pollution exposure.

“We all know the environmental impacts of pollution—but what is less recognised is the impact on health,” says Professor Davies. “With factors like air, light and noise – the public is exposed to a daily cocktail of pollutants. Some of these can be linked to chronic conditions like heart disease and asthma. This increases the risk for some of the most vulnerable members of our society and places a huge burden on our health service.

“Everybody has a role to play in cutting pollution but the NHS has more than a million staff, accounts for one in 20 vehicles on the road and is a big user of single-use disposable plastics. Some trusts are already blazing a trail and I urge others to follow. 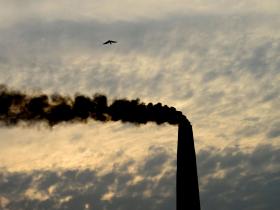 More research is needed to understand how less studied chemical pollutants interact and affect our health, the report says, as well as the long term risks of our increasingly noisy and light polluted environments.

The wide ranging review calls on other groups to follow the NHS example, warning the Government’s air pollution strategy is too reliant on stretched local authorities to implement and needs more central oversight. It also says councils need comprehensive pollution plans covering noise and emissions, and says they should consider the full extent of long and short term pollution in future planning decisions.

Professor Davies also recommends that the Department for Environment, Food and Rural Affairs explore whether the public should be encouraged to have devices to measure indoor air pollution. While a pollutant free nation is not “do-able”, she says, the efforts to understand and reduce the various health harms of pollution need to be stepped up by the Government.

Doug Parr, Greenpeace UK chief scientist, told The Independent: “Air pollution alone is costing the NHS an estimated £20bn a year – a big chunk of its overall budget. So it makes perfect financial as well as ethical sense for the NHS to play a leading role in tackling the many sources of pollution that are threatening our environment and can make us sick. But it’s vital that government and local authorities step up to the plate too.“

The report’s editor, Andrew Dalton, said: “Pollutants are a part of daily life but, as this report shows, there is still a lot of uncertainty about the threat they pose to health. Improving data on this is the best first step we can take to protect the public’s health as it will help us to identify any currently unknown future threats.

“In the meantime, it is encouraging to see many local authorities, hospitals and other organisations finding innovative ways to reduce the health impacts of pollution.”