Save our high streets: "Isn’t it time our council did an audit and come up with a strategy for their future?"

It's something which has been growing in concern:
Futures Forum: The shift in economic importance away from the high street "represents an opportunity for policymakers, businesses and communities to proactively choose a new direction"
Futures Forum: The 'Amazon tax' won't save the High Street > 'The nature of the offer on the high street is going to change over time. There's going to be less retail, more leisure, bars, community facilities.'

Futures Forum: Is it the end of the road for the High Street?

Earlier in the month, the Sunday Telegraph reported on the latest efforts:

“RIP UP PLANNING LAWS TO SAVE THE HIGH STREET”

“Coalition of retailers and landlords: rip up planning laws to save the high street:

A coalition of retailers, landlords, councils and pubs has called for planning laws to be reformed so that abandoned shops can be turned into cafes, galleries, gyms and other businesses more easily which could help rejuvenate Britain’s high streets.

It said empty units are often hard to let ­because it can be difficult and expensive to get permission to change their use and is calling for more flexibility in planning legislation to help compete with online businesses.

The British Property Federation, Federation of Small Businesses, British Retail Consortium and Business Improvement Districts were among those calling for less red-tape with regards to planning, which will allow businesses the diversify their high street offerings.

The Local Government Association (LGA) said it is time to recognise “a contraction in retail floor space” might be needed to help high streets survive.

However, the Ministry for Housing, Communities and Local Government insisted high streets should specialise if they want to succeed.

And at the Labour conference in Liverpool, there have been further calls to do something:

Labour would scrap ATM charges in bid to 'save high streets' 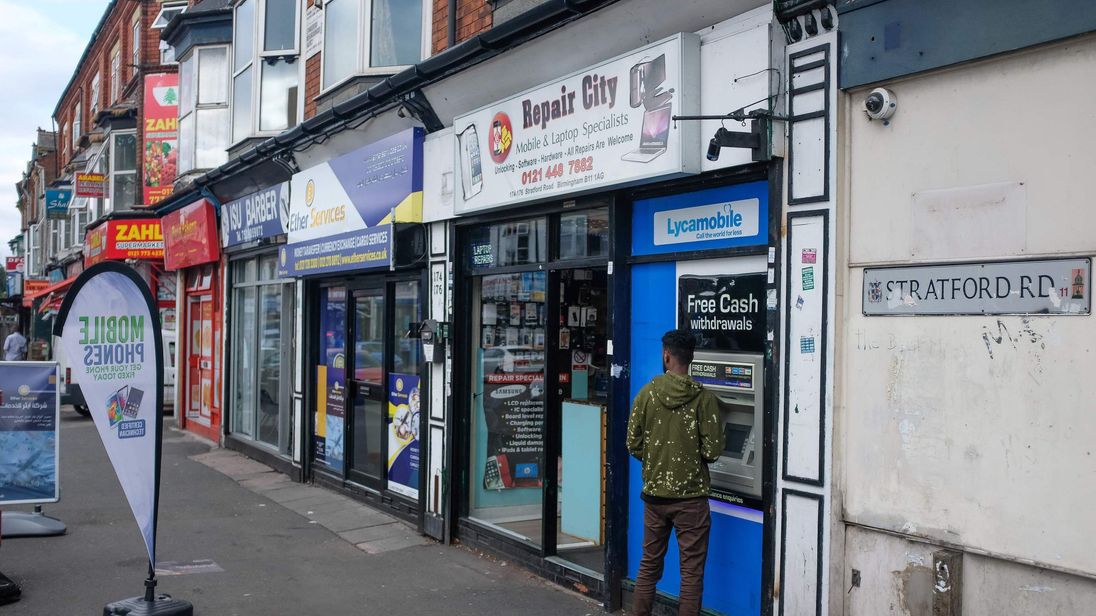 Charges to withdraw money from cash machines would be scrapped under a Labour government to "save Britain's high streets".

Attempts to stop their "slow agonising death" were announced by shadow business secretary Rebecca Long-Bailey with a range of measures - including stopping Post Office closures.

Sky News can reveal Labour would draw up a register of landlords of empty shops in every local authority.

And the party would deliver free public wi-fi in town centres, for those having a coffee or working in community spaces.

The other plans would see post offices owned by the government stopped from further franchising and closing.

Under-25s will also get free bus travel in local authorities where local bus services are either franchised or publicly owned.

Labour has also promised to "work with" councils to extend wi-fi roll-outs by commercial developers in public spaces.

And it will force shop landlords to make their identity and contact details public, creating an empty shop register to "make it easier to bring empty units into use".

A new annual business rates re-evaluation will also be introduced.

The East Devon Watch blog wanders if it's too late - or indeed, whether the local authorities are really that interested:

RESUSCITATING HIGH STREETS – OR ARE THEY TOO FAR GONE ALREADY?

Owl is noticing more and more empty shops – even in places that seemed to be weathering the High Street decline so far (eg Sidmouth).

Isn’t it time our council did an audit of our high streets (empty shops, open shops, temporary pop-up shops, local-owned independent, chain stores, charity shops) to get a proper idea of just how bad this problem is in each town and what the mix says about the health of each town centre? And time to come up with a strategy for their future?

Resuscitating high streets – or are they too far gone already? | East Devon Watch
.
.
.
Posted by Jeremy Woodward at 15:37