Drowning in Plastic @ BBC One > "This documentary is a must-watch, because it’s only if we raise awareness, tell our friends and spread the message that humanity will really have a chance at saving our oceans."

Last night's documentary on plastic pollution had a very clear message:
Futures Forum: Drowning in Plastic @ BBC One > "Single-use plastics should be banned immediately in Britain." 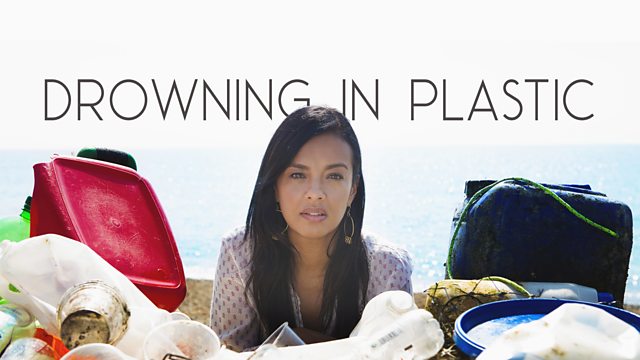 Our blue planet is facing one its biggest threats in human history. Trillions of pieces of plastic are choking the very lifeblood of our earth, and every marine animal, from the smallest plankton to the largestmammals, is being affected. But can we turn back this growing plastic tide before it is too late? In this 90-minute special, wildlife biologist Liz Bonnin visits scientists working at the cutting edge of plastics research. She works with some of the world's leading marine biologists and campaigners to discover the true dangers of plastic in our oceans and what it means for the future of all life on our planet, including us.

BBC One - Drowning in Plastic

It has certainly had an effect:
Drowning In Plastic WATCH as Liz Bonnin holds back tears as BBC viewers outraged by plasti | TV & Radio | Showbiz & TV | Express.co.uk
Drowning in Plastic, review: a valuable, harrowing survey on the problem with plastic - Telegraph
Drowning in Plastic review – a rallying cry, but is it too late? | Television & radio | The Guardian

Why You Need To Watch 'Drowning In Plastic' On The BBC

By 2050 there will be more plastic in our planet's oceans than fish.

Problems that are only just coming to light but have potentially devastating consequences for all aspects of marine life. Microplastics, tiny plastic pieces and fibres less than a millimetre big are being found in remote geographies and getting into every part of the food chain, including humans. Coral reefs, already under deadly threat from climate change, are being attacked by deadly coral-killing bacteria which is being carried by plastic, increasing natural levels from four per cent to 89 per cent.

All of this is happening while every single minute a full rubbish lorry worth of plastic is dumped into the ocean.

This is why this documentary is a must-watch, because it’s only if we raise awareness, tell our friends and spread the message that humanity will really have a chance at saving our oceans.

Why You Need To Watch 'Drowning In Plastic' On The BBC

'Drowning In Plastic': Five Things We Learned From The BBC's Shocking Documentary

Watching seals being strangled by discarded plastic was almost too much.

If “Blue Planet” II made us worry about how bad plastic is for our oceans and the animals that live in them, then ‘Drowning in Plastic’ is a vital call to action.

Parts of the documentary are so painful to watch, it’s not just presenter Liz Bonnin who is brought to tears over the suffering of the animals she meets.

Throughout the documentary, we see shocking footage of birds stuffed with plastic, whales caught in fishing lines and seals lacerated by netting. We are shown that every corner of the globe is affected by this crisis. And while some of the findings are tough to believe, here are our five crucial takeaways: 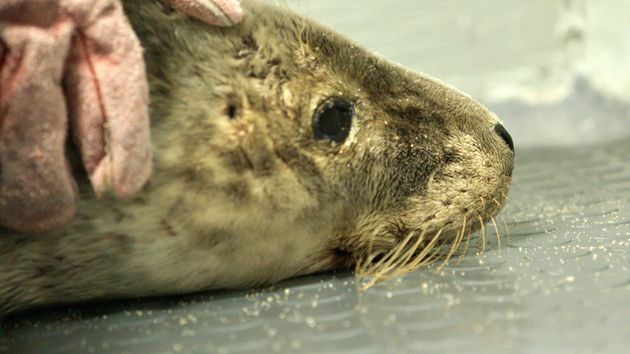 And we mean everywhere. A plastic bag has been found seven miles underwater at the bottom of the Mariana Trench – the deepest place on earth.

Wherever Bonnin travels (and the film sees her criss-crossing the globe from the East Coast of the US to Indonesia), she finds plastic that is affecting the local marine wildlife. Even as far afield as the North Pole, on a small and inhospitable island, miles from human habitation, all that awaits the cameras are sand, walrus and plastic.

2. Some baby birds are so full of plastic, they can’t fly
The first segment of the documentary is dedicated to the flesh-footed shearwater, a bird that raises its young on islands in the South Pacific.

The documentary finds young shearwaters with as many as 20 pieces of plastic in their stomach. The only way researchers can rid them of this dangerous rubbish is by forcing the baby birds to be sick.

Worse still, 20 is described as a low amount. According to the heroes helping empty the young shearwaters’ stomachs of plastic every year, the average amount found has risen from 5-10 pieces to 30-40 in the past 12 years. The record number of piece found is 260.

The problem is so bad that the young shearwaters are too weighed down to fly, and are left behind on the beach as the rest of the flock leave. 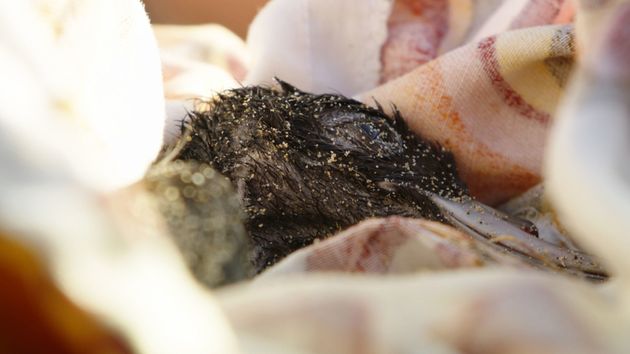 3. We’re only just waking up to the scale of the problem

The documentary wants us to know... well, just how little we know. The impact of climate change on our oceans has been well documented but the issue of ‘microplastics’ is only now beginning to be understood, and has potentially huge consequences.

The researchers we’re watching discover microplastics have made it into the diet of walrus who live in the North Pole – by inspecting their poo.

Microplastics aren’t just plastic items that have been broken into tiny pieces; they could be micro-fibres from clothing that get pulled out in the wash, or tiny specks of a car-tyre thrown off on when going down a bumpy road. In fact, they are so prevalent in the food chain, microplastics are being found in humans, too.

However, of all the recent discoveries explored in the documentary, the most worrying is the potential for plastic to carry “pathogens” that are lethal to ocean life. The problem is especially bad when these plastics come into contact with coral reefs, already under severe threat from warming oceans.

Research explored in the film shows how the presence of plastic increases the amount of certain kinds of lethal bacteria from normal levels of 4 per cent to 89 per cent.

4. The stats are terrifying

Every minute around the globe, we buy a million plastic bottles, a million disposable cups and two million plastic bags, while every minute we dump a rubbish lorry’s worth of plastic into the ocean. This means every year 300,000 marine mammals and 400,000 seabirds are being killed by plastic pollution.

If nothing changes, by 2050 there will 500 times the amount of plastic in our ocean than there is now. In other words, there will be more plastic down there than fish.

5. But there is a fight back

Currently just 11 per cent of plastic globally is recycled, but as the world wakes up to the crisis, various inventors are coming up with unique ideas to tackle it.

The ‘Ocean’s Cleanup System 01’ – a giant barrier designed to collect plastic waste in our seas – made headlines earlier this year and Bonnin has the chance to interview its brainchild, 23-year-old Dutch inventor, Boyan Slat, in the film.

She also meets engineers working with American lobster fishermen to create plastic free lobster pots that don’t entangle whales. And on the opposite side of the world, in Indonesia, she talks to people making biodegradable – and edible – alternatives to plastic wrapping out of seaweed.

With a third of all plastic used for food packaging, imagine what we could achieve if we explored these alternatives? Every single animal that relies on the ocean to survive, from tiny fish on coral reefs to birds that migrate across entire oceans, are not just under threat from plastic, they’re suffering right now. Much of the damage is already irreversible. It’s up to us to make sure some isn’t.

‘Drowning In Plastic’ airs at 8.30pm Monday October 1 on BBC1 and is viewable on iPlayer here.

'Drowning In Plastic': Five Things We Learned From The BBC's Shocking Documentary
.
.
.
Posted by Jeremy Woodward at 02:53