Working for Amazon in Devon, or anywhere else

Would it be a good thing?

Although it's perhaps too easy to bash the big boys - rather than being more entrepreneurial:
Futures Forum: The 'Amazon tax' won't save the High Street > 'The nature of the offer on the high street is going to change over time. There's going to be less retail, more leisure, bars, community facilities.'

The question perhaps is whether these big boys themselves are actually that 'entrepreneurial'...

These are massive corporations with massive bureaucracies:
Futures Forum: The People's Republic of Walmart: "The dichotomy between corporate capitalism and socialism-as-planning is false"

If we consider Amazon as just a big warehouse or distribution centre, then we could probably compare it to others in the field - whether Lidl's or Ikea:
Futures Forum: An 'inter-modal freight depot' by any other name >>> also known as: a giant Lidl's warehouse on the M5
Futures Forum: The promises from the Skypark 'business park' >>> "A multinational comes along and plonks itself just out of town. Hooray, they tell us... Jobs for all!"

Which isn't actually very good for the local economy:
Futures Forum: The modern distribution centre: "Imagine the space that is used to store and display a product in a traditional shop, and then imagine great dollops of it sucked from almost every high street and supermarket in the land to a centralised facility."

Or for job security for that matter:
Futures Forum: Automation and the future of work > How secure are East Devon's new warehousing jobs?

This is from  a piece in The Week looking at the issues:

Remember the bad old days when if you wanted to buy a book or a box of crackers you had to go to B. Dalton or the supermarket? Then came Amazon. If your order total reached a certain minimum or you paid for an annual subscription, certain items could arrive at your house in only two days. Now in many major metropolitan areas the shipping time has been reduced to mere hours.

What made this logistical miracle possible? According to a recent report in The Verge, the same sort of thing that is usually responsible for these supposed triumphs of the spirit of entrepreneurial know-how: a great deal of human suffering, in this case under conditions that most of us would more readily associate with workers in the factories of the Third World than with employees of one of the world's wealthiest corporations in some of America's largest cities.

It has been apparent for years now that Amazon does not value the privacy or the dignity of its warehouse employees. The system it uses to "optimize" the performance of those responsible for bringing items from shelves to doorsteps is tyrannical. It is also, quite literally, dehumanizing. Employees are reportedly directly supervised not by other men and women but by automated computer systems. These programs allegedly track everything from how fast warehouse employees carry out various work-related tasks, such as packing items and sorting them for shipment, to how long it takes them to use the bathroom. The acronym for the latter — there is always an acronym with these people — is TOT, or "time off task."

But the situation appears to be much worse than all this. In addition to relentlessly policing their individual behavior at work, Amazon warehouse employees are reportedly collectively subject to an oppressive system of automated performance review. Whenever 75 percent of employees are meeting certain pre-assigned goals, the numbers reportedly can be increased. The majority of employees are then reportedly required to meet these new higher targets — the rest are placed in "training" programs or fired. Documents obtained by The Verge suggest that some warehouse locations lose as much as 10 percent of their staff annually because they failed to meet these arbitrary standards.

The bogus gospel of so-called "scientific management" has been with us for a century now. But unlike in the past there is seemingly no threshold employees of Amazon can possibly meet at which their performance will be deemed good enough. If efficiency goes up by x percent in a calendar year, the old standard plus x becomes the minimum that is acceptable. Employees could then be fired for working just as hard as they did a year ago when their quotas were lower. This is Sisyphean cruelty.

It is not just inhumane to treat people this way — it is anti-human, a blanket denial of the innate metaphysical dignity of rational creatures made in God's image. It is also a reminder of the fact that, so far from having made significant economic progress in this country in the last half century, we have regressed to the point that employees of our largest corporations are being denied rights that the labor movement fought for 80 years ago. How much worse will things be a decade from now?

Amazon the sweatshop - The Week

And this is a response:

If Amazon Is a "Sweatshop," Why Do so Many People Want to Work There?

Amazon has designed a system that creates a pathway into one of the world’s most valuable companies. 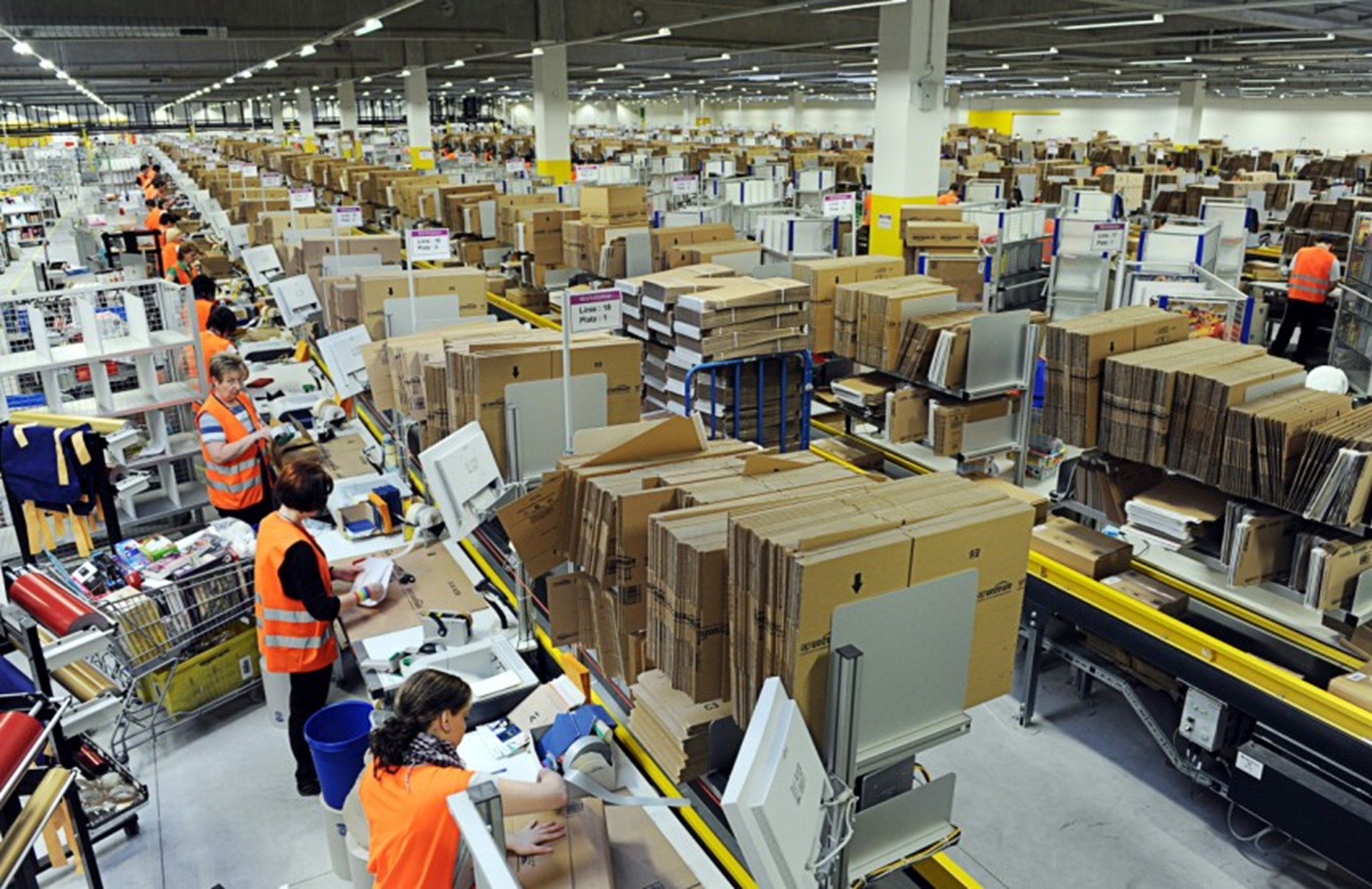 “Firing people was easily the worst part of the job.” Those are the words of a great friend of mine who for decades ran a very successful financial corporation. The sleepless nights that preceded gently telling people they weren’t measuring up were agony for him.

The popular notion of indifferent-to-employee CEOs is so very divorced from reality. I’ve never met one who enjoyed being the bearer of bad news to workers who, in many instances, had dependents.

My friend ultimately devised a fix so that he could avoid what was so disagreeable. He designed a production-based compensation structure so that the employees could succeed or fail on their own. So quantitative was it that some of the highest paid employees worked the fewest hours, and vice versa. No sucking up to the boss, no necessary “face time” in the office, just production tied to compensation. And if they didn’t produce they would know this without being told. It would show up in pay. Basically, they would “fire themselves.”

A "Sweatshop" That Fosters "Suffering"?

Hall of Fame football coach Bill Parcells once said, “You are what your record says you are,” and this CEO essentially applied Parcells’s maxim to the workplace. He was able to sleep easier as employees self-selected out of his company as opposed to him having to tell them to leave. His employees were happy and so was he.

All this came to mind while reading Matthew Walther’s recent piece from The Week in which he accused Amazon of being a “sweatshop.” Walther laments the “human suffering” that allegedly takes place at Amazon since its warehouse workers are “collectively subject to an oppressive system of automated performance review.” It’s no insult of Walther to suggest he’s likely never run a business, and that he’s unfamiliar with the acute agony associated with letting people go.

Had he run one, and were he familiar with how awful it is to tell individuals it’s not working out, he would understand that quantitative parameters very much redound to the employee as much or more than they do the CEO. For one, they make it possible for marginal candidates to get hired in the first place. Forget connections or anything else that leads to employment; quantitative measuring exists as a path for individuals to prove their worth.

Indeed, how often have readers said something along the lines of “If I could just get my foot in the door I would show them”? Amazon has, if Walther’s analysis is to be believed, designed a system that creates a pathway into one of the world’s most valuable companies. And a path to increased pay, if its more open door leads to the arrival of productive employees.

If Amazon Is a "Sweatshop," Why Do so Many People Want to Work There? - Foundation for Economic Education
.
.
.
Posted by Jeremy Woodward at 01:00