A piece in this week's Herald reported on the project receiving more grant aid: 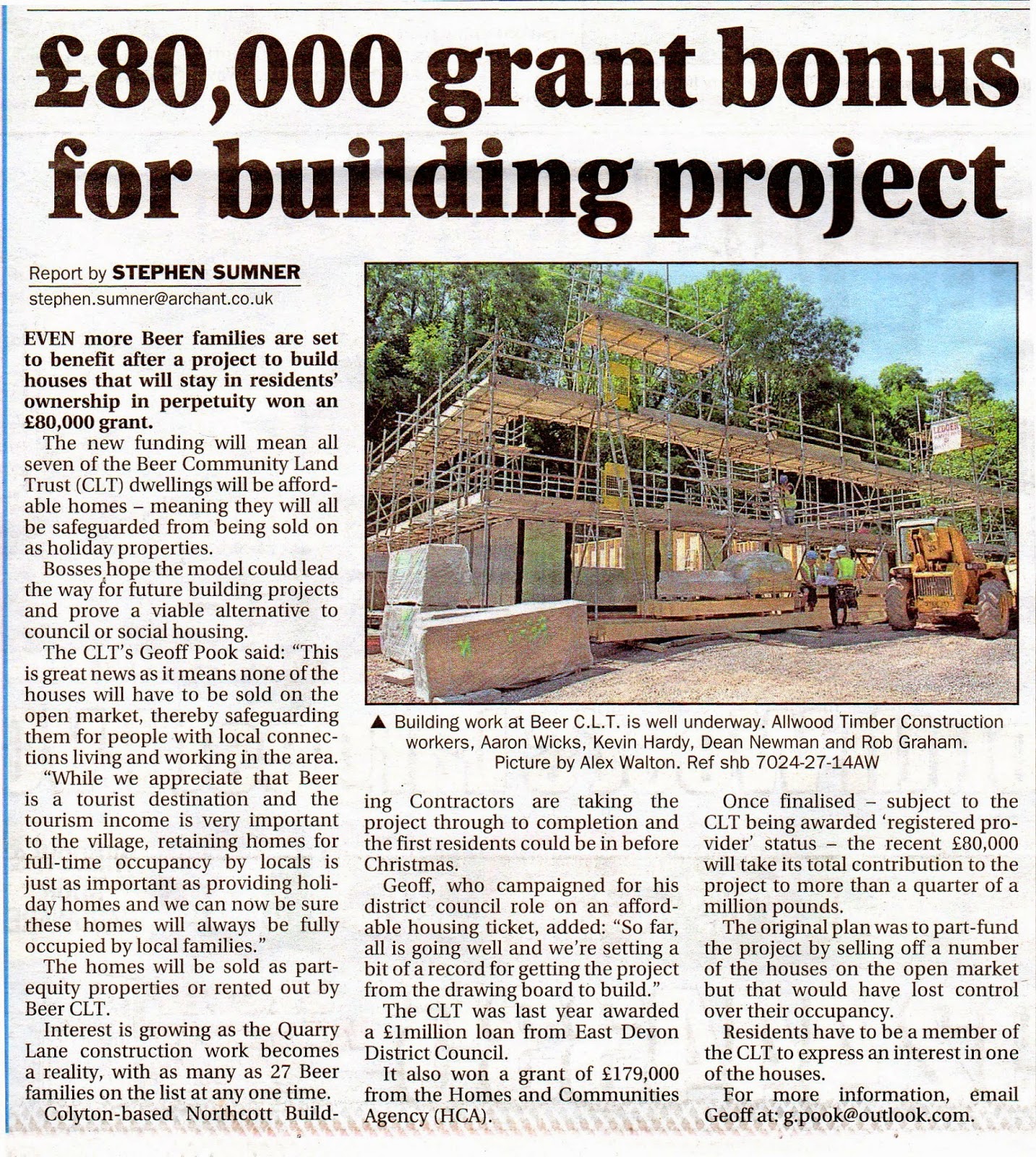 Marshwood Community Land Trust was created out of a project to build affordable housing in the village of Marshwood in West Dorset.
The Community Land Trust (CLT) is a non profit making organisation owned and controlled by its shareholders. It is an industrial and provident society registered with the FSA.
Initially concentrating on providing affordable housing for local people the future CLT is in the hands of its membership and could be a vehicle for other projects in the coming years.
Who is eligible to join?
CLT membership is open to those who support the CLTs objectives.

Community Land Trust as defined by the National CLT Network.
Community Land Trusts are powerful examples of communities taking control and transforming the future of their local community. They are non-profit, community-based organisations run by volunteers that develop housing, workspaces, community facilities or other assets that meet the needs of the community, are owned and controlled by the community and are made available at permanently affordable levels.

The East London Community Land Trust (ELCLT) exists to deliver permanently affordable housing in east London, ensuring that people are no longer priced out of the neighbourhoods they grew up in. Born out of the community organising efforts of Citizens UK, ELCLT not only actively engages as many local people as possible, but is in fact is set up by, owned by and run by the people of east London. ELCLT is governed solely by its members and anyone who lives or works in east London can join.

We believe in a different way of building homes. We believe that not only should the places we live be affordable, but the way they look and work should be driven by the desires and needs of local people.

There is a national network:

Supporting the development of vibrant and resilient local communities

Welcome to the National CLT Network. We are the national body for Community Land Trusts - powerful examples of people taking control and transforming the nature of their community.
From this site, you will find out what CLTs are, how they make a difference and how we help them do it.
Welcome to the CLT Network


The Guardian carried an article on the phenomenon recently:


Could community land trusts offer a solution to the UK's housing crisis? 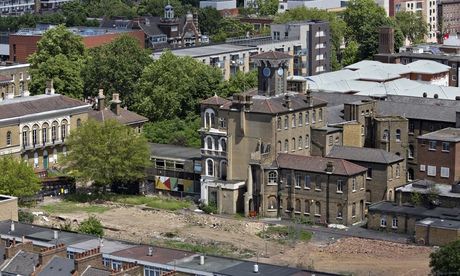 Three months ago, Colin Glen gave Boris Johnson an orange tree. He wanted to thank the mayor for launching a new housing development in east London. The civil engineer used to live in the area but when his family outgrew their one-bedroom flat they left to find somewhere they could afford. "After we had our first child, it became unbearable," he says. "We were living on top of each other, with stuff everywhere. It was a desperate time."

Overcrowding is rife in the London borough of Tower Hamlets, which has the fastest growing population in England and 24,000 people on its housing waiting list. The average home costs more than £620,000, a rise of 43% in the past year – the highest in the UK. Glen says the prices are causing the "fragmentation of ordinary working families". His wife's family have been here for three generations.

But there is hope for local residents at St Clement's, a sprawling, gothic building soon to be home to London's first community land trust (CLT). Grade II listed and set on a conservation area, it was built as a workhouse in 1848, turned into a mental health hospital after the second world war and closed in 2005. Since then it has stood derelict.

A CLT enables land to be bought and kept in community ownership in perpetuity, passed down through the generations. Houses are sold or rented out at a rate that is linked permanently to local incomes. The east London CLT expects prices for its 23 homes on the St Clements' site to range from £140,000 to £285,000 – half the price of the 229 adjacent homes that will be sold at full market value to subsidise the cheaper ones.

Membership of the trust is open to anyone who lives, works or has strong active ties to a social institution in the area. Just £1 buys a share in the not-for-profit company. Membership is not the sole consideration when it comes to allocating a CLT home. An independent panel will decide who gets a home in keeping with the council's housing allocation policy. They will be local people with housing needs but enough income to buy a property.

Construction has now started after a 10-year campaign for an east London CLT. It took a decade to get off the ground because of the difficulty of finding a suitable site. There was then a lengthy procurement process.

Could community land trusts offer a solution to the UK's housing crisis? | Emma Howard | Society | The Guardian
.
.
.
Posted by Jeremy Woodward at 08:47