"More Power to the South West - a BBC Spotlight Special" - give BBC Radio Devon a call...

There was a big debate last night with several big hitters on the future of devolution to the South-West - followed by the call to "keep the devolution debate going with your BBC local radio stations - just give them a call on Thursday!"

An interesting take from the East Devon Alliance:

DEVOLVED POWER … BUT WHERE?

Interesting debate this evening (available on BBC Iplayer) on devolution of power in the south west and how it might evolve.

If power is devolved in England how far should that power go down? To the south-west (if so, where would it start and which city would be its administrative centre), to a Devon/Cornwall/Somerset/Dorset combination (if so, which ones), to Devon (including or excluding Pkymouth and/or Torbay?), to Northern Devon and Southern Devon, to East Devon(!) to a conurbation centred on Exeter and/or Plymouth, to a collection of towns and parishes (if which towns or parishes?).

Who do you trust to hold power?

Here's a summary of the debate from the BBC:

This week BBC Spotlight's Justin Leigh was joined by an audience of invited guests at the Eden Project to debate what devolution could mean for the South West. 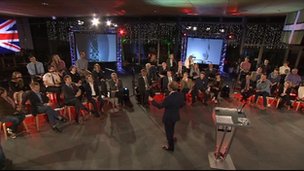 In a poll for the BBC, 71 % of people polled in the south west agreed with the statement "Politicians in Westminster don't understand what is best for the rest of the UK" 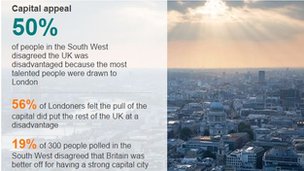 (Source ComRes) Do you agree or disagree? Join the conversation on Facebook

In a poll for the BBC, 89% of people polled in the south west agreed with the statement "I am glad Scotland is staying as part of the United Kingdom" but the poll revealed an appetite for devolved powers. 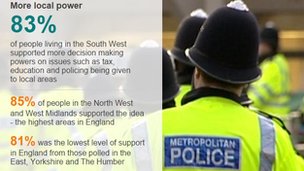 (Source ComRes) Do you agree or disagree? Join the conversation on Twitter using the hash tag #swwhatsnext

I'm taking a road trip around the UK looking at how devolution could work - and testing the public appetite for change. 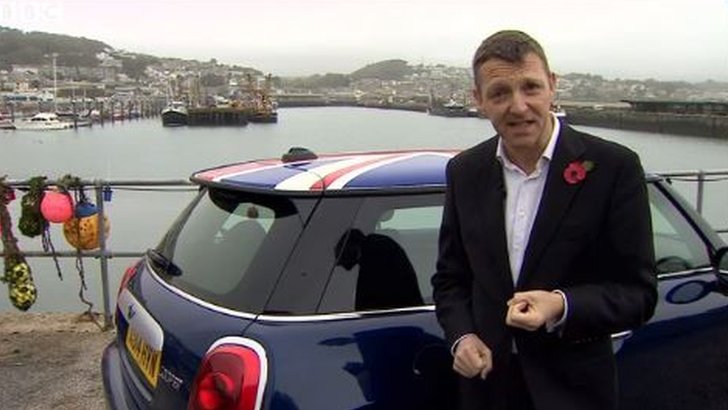 In Cornwall I found a growing interest for devolution, but different views on what that might mean. Check out my film here

The St Ives MP Andrew George was one of the guests at the Eden Project earlier this week. He said devolving powers need not come with a high price tag. 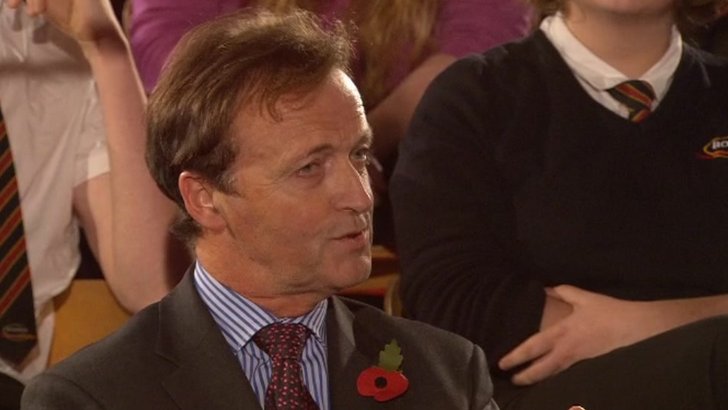 He said: "Any plan for this clearly has to achieve efficiencies, and certainly under our proposals of 'devolution on demand' - and this includes a special case for Cornwall - it should never result in more politicians or ridiculous administrative burdens."

Coming up on BBC One in a few minutes "More Power to the South West? : A BBC Spotlight special". We can offer a fine blend of politicians, business people, campaigners and BBC Spotlight's Justin Leigh, chewing over Devolution issues at a special event at the Eden Project earlier this week. Get involved on Twitter via the hash tag #swwhatsnext

Justin from Camborne has emailed about the devolution debate.

He said: "Cornwall Council is not fit enough as a organisation to make the decisions it's currently responsible for. Let's restructure, rewrite and simplify the council. If this doesn't happen I, as a Cornish citizen, would be more than happy to see powers taken from Cornwall!" Do you agree? Email us
22:46: Devon and Cornwall together

Transport links were a hot topic at the debate - the leader of Devon County Council John Hart believes an integrated approach is crucial. 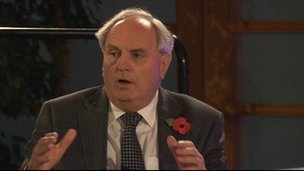 He told the audience at the Eden Project this week: "At the end of the day, Cornwall doesn't work if Dawlish goes down, we all have to work together." 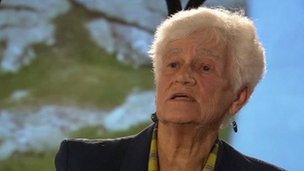 She said, "All this talk about Cornwall being isolated is rubbish, it's not. It's a very cosmopolitan area, linking up with Canadian settlements, Australian groups, linking up with South American groups." 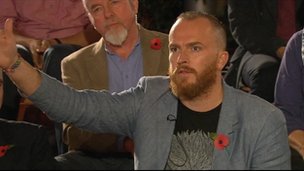 "We've poorer that Romania, poorer than Transylvania, its incredible that we're in this situation and I truly believe that it's because all these big Cornish decisions are being made nearly 300 miles away." Do you agree or disagree? Get in touch using the hash tag #swwhatsnext

David Critchard from Exeter is watching the devolution debate, he's emailed in and he's not happy, saying: "Our South West MPs are a pretty useless crowd, lazy, untrustworthy.

"Why should we vote for them again? Nor are councillors in the South West encouraging examples of politicians capable of running their existing allocation of our money."

In the audience for the devolution debate was Nick Bye, estate agent and former Mayor of Torbay. 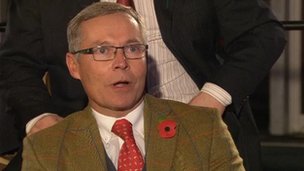 He said: "There is a lot we could do to develop a coherent vision for the far south west to get investment, so young people don't move away because there aren't the job opportunities, so we can move away from the perception I think the rest of the country has of us, of a sort of 'Cream Tea' land." 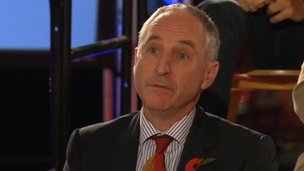 He said, "I believe in devolution, I'm not sure I believe in Assemblies, I certainly don't believe in allowing different councils to levy different taxes in different places." Do you agree?

The Mebyon Kernow leader Dick Cole was challenged by BBC Spotlight's Justin Leigh to come up with a figure for what an Assembly for Cornwall could cost. 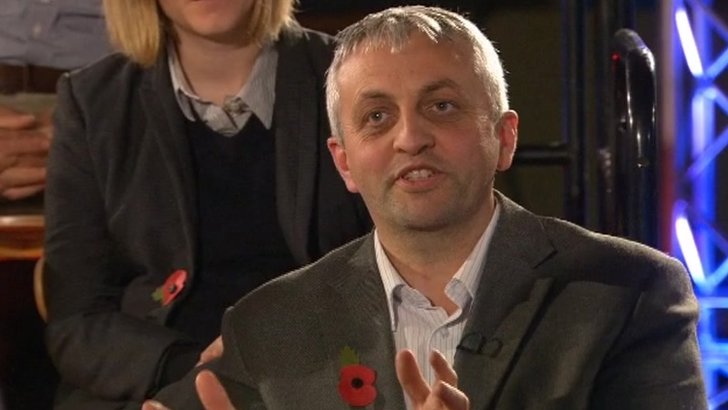 Mr Cole admitted he didn't have those figures but added: "Most of the governance we're playing for as citizens is actually hidden. If we got a Cornish Assembly it would not just be a Cornish assembly, it would be a rebalancing of power across the whole United Kingdom".

Interesting reaction from local newspapers to tonight's debate. @GraemeDemianyk - WMN Political Editor said: "Cornwall riven over devo, it seems: disagree over name, structure, powers. Most of it semantics but parties arguing the toss"

Jacqui Wallis, Editor of The West Briton and The Cornishman says "Scotland #indyref has certainly increased debate around #devolution in #cornwall but not convinced govt has any interest in devolving power. Met David Cameron two weeks ago and tried to raise the #cornwall #devolution debate - he immediately changed the subject."

That's it - thanks so much for your comments and reaction to "More Power to the South West - a BBC Spotlight Special". You can keep the devolution debate going with your BBC local radio stations - just give them a call on Thursday!