"The emergence of peer-to-peer lending, fintech and new forms of currencies mean people and businesses can act on their dissatisfaction with the big banks"

You need never use a bank again. Here's why

The emergence of peer-to-peer lending, fintech and new forms of currencies mean people and businesses can act on their dissatisfaction with the big banks 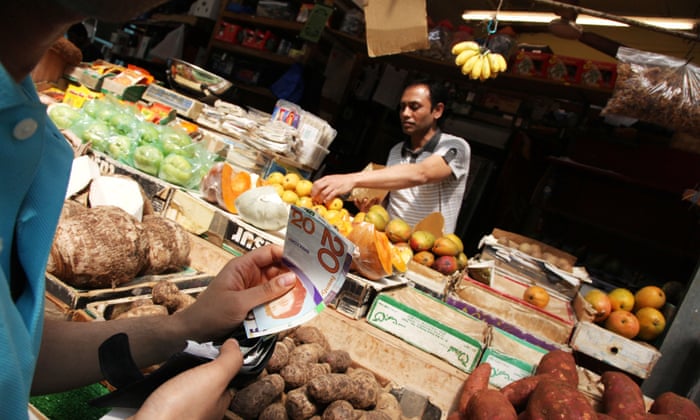 A man at a greengrocer pays with Brixton pounds. Innovative ways to pay are one way in which the banking sector is being transformed. Photograph: Jonathan Goldberg/Alamy

Dissatisfaction with the banking sector over the last decade has led to numerous calls for the industry to change. Last month, the governor of the Bank of Englandspoke of how the UK financial sector bears the scars of a market gone wrong, while others have highlighted how the oligopoly of our big five UK banks are not only too big to fail and too big to jail, but simply too big to compete and unable to serve customers needs.
Transforming the system from within is one way to do bring about change, for example by turning The Royal Bank of Scotland into a network of local banks. In areport published earlier this year, my colleague Tony Greenham demonstrated how doing this would transform the face of UK domestic retail banking and bring significant economic benefits in the process.
But there is also a second transformation picking up speed, one which comes from outside the financial establishment. This transformation is set not only to cut prices for business and consumers, but also to introduce a host of new services and opportunities beyond what even challenger banks – new rivals of the big lenders – can be expected to deliver. 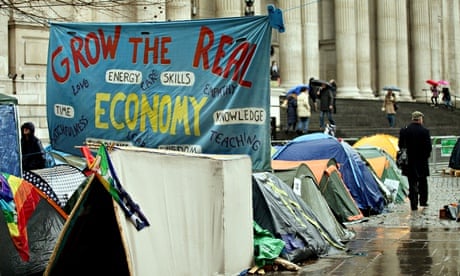 Read more
By combining recent technologies with age-old practices that now cover all areas of banking, new practices are emerging that go beyond what was previously possible. It short, it is now possible to bank without banks. Here’s how:

This industry has been the poster child of innovative financial services for the last few years and is now well recognised by regulators and markets alike. These lenders, like Zopa, RateSetter and FundingCircle, are stepping into the arena that to most customers is the core business of banks: providing saving options and facilitating investment.
On the savings side, people who place their money through peer-to-peer platforms will receive ISA-like tax benefits from April 2016. On the investment side, even platforms that previously only focused on personal loans, such as RateSetter, are now moving into business loans. You might not expect lower rates there, but the aim of these platforms is to outperform banks with a faster turnaround of applications. What’s more, through deeper and more personal profiling of individual cases they can grant the kinds of loans to small businessesthat big banks aren’t bothered about.

The rails that most of our transactions run on are currently provided by private institutions owned and governed by the big incumbent banks. This puts them in a gatekeeper position that effectively discourages them from investing and updating their technology and protocols to match the speed and ease of services you would expect in the twenty-first century. It also leads to high costs that lack transparency for users.
Even the banks that want to make a difference to small and medium businesses, such as credit unions, building societies and challenger banks, have to buy into these legacy systems. This sector is ripe for disruption and a host of new platforms are picking up the slack, offering substantial savings for customers. 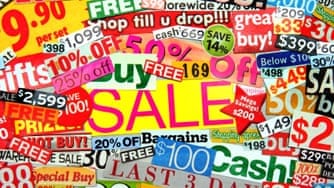 How to build a 'lagomist' economy

Read more
Some, like PayPal and TransferWise, focus on ease and convenience to customers but still link into the conventional system in the back-end. Others are building new sets of rails altogether. The small but highly innovative Brixton Pound offered mobile payments ahead of the high street banks without the need for a smartphone. Bitcoin is still hitting the news regularly, with Cumbria University announcing last year that some of its students will be allowed to pay their tuition fees using the digital currency.
However, the hype around its highly volatile currency has seen it now give way to fintech – companies focusing on what the underlying technology is good at: direct transfers between account holders anywhere in the world without any middlemen. Despite big banks now trying to catch up by providing entrepreneurs with incubator facilities and capital, this is pretty much still a start-up industry with high risks but even bigger potential.
Islamic traders have used payments without banks for centuries through theHawala network. The Internet is about to bring such direct financial connectivity to all business and individuals as we speak, with outfits such as Ripple and Stellaralready the darlings of Silicon Valley.

It still comes as a surprise to many that money is not only transferred by banks, but also created when providing loans. Peer-to-peer lenders and payments services only operate with the money that has been provided by banks at some point. So when liquidity in the economy is low, be it locally or even nationally, it requires a third set of innovations to fill the gap. 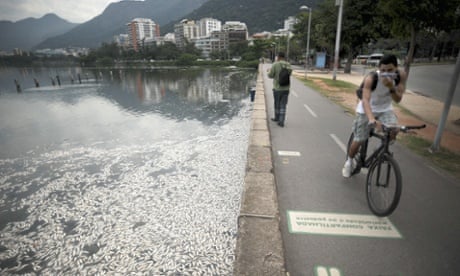 Beyond capitalism and socialism: could a new economic approach save the planet?

Read more
Complementary currencies do just that at close to 0% interest. They are only valid for businesses that signed up to their collaborative credit networks and are typically not exchangeable for national currency. The WIR-franc in Switzerland has operated for over 80 years and serves close to 50,000 business all over the country. The city of Nantes in France just launched the SoNantes as an way to support SMEs in the region.
While these two examples happen to be run by banks – a cooperative in the case of the WIR and a local public bank in Nantes – that both also offer services in conventional currencies to their clients, a banking licence is not required to issue a complementary currency anywhere. Collaborative credit systems are typically run by regular service companies outside the scope of financial regulation. Some operate internationally and are publicly listed companies, like Bartercard, which also operates in the UK, but most focus on a particular city or region. The international trade body IRTAwas founded in 1979 as a representative of the industry in the USA, but many more exist around the world.


You need never use a bank again. Here's why | Guardian Sustainable Business | The Guardian