Climate change: "paying developing countries to halt tropical deforestation would be one of the most cost-effective ways to tackle global warming."

- but nobody was interested:
Ecuador Selling Its Rainforest To China - Business Insider

There have been other efforts to 'save the rainforest' - but not everyone agrees:
Futures Forum: Climate change: the great carbon offsetting scam

Although another approach might be to 'renew' the rainforest:
Futures Forum: Climate change: and forest renewal

This is the latest special investigation from the Financial Times: In 2010, Norway’s government offered Indonesia a billion dollars to save its rainforests. Pilita Clark goes into the Borneo jungle to gauge its chances of success.Images by Charlie Bibby

It is just after 8.30am on a snowy February morning when Vidar Helgesen, Norway’s climate and environment minister, steps out of his home in Oslo, dodging frozen puddles to reach his waiting ministerial car.
It seems improbable on this glacial day but in less than 24 hours time, Mr Helgesen will have flown across the world to Indonesia’s sweltering capital, Jakarta, on a trip that will take him to a remote patch of Borneo rainforest to meet Dayak tribal villagers, who still hunt with spears and blowpipes.
He will have driven through a landscape pockmarked with coal mines and oil palm plantations that have spread so far that they have madeIndonesia one of the world’s biggest deforesters, losing an area as big as 100,000 soccer pitches in one year. And he will have found villagers who took three bulldozers hostage after discovering they had been used to raze nearby forests for yet another oil palm plantation.
Even for Mr Helgesen, an experienced diplomat who once led Norway’s efforts to broker peace in Sri Lanka, this will be an unusual journey — and a fraught one.
He may not be well known in much of the world, but in Indonesia, he is the billion dollar man, responsible for a lavish attempt to conquer one of the planet’s most pernicious environmental problems: the steady destruction of its tropical forests. As he heads to Indonesia, I join him to see if he can convince Jakarta to do more to limit deforestation and cut the greenhouse gas emissions it causes. Those greenhouse gases are the same, of course, as those emitted by burning fossil fuels such as the oil and gas in the North Sea that have helped make Norway one of the world’s most prosperous nations.
Waves of deforestation have occurred throughout human history as people have cleared land to make way for farms and towns, or harvested trees to fuel fires and build ships. Tree loss has generally followed population growth but, since 1950 — in the space of a single lifetime — the number of people in the world has exploded from 2.5bn to more than 7bn today, driving unparalleled demand for wood and above all, land.
The precise rate at which the world’s forests are disappearing is the subject of considerable debate. But the problem is worst in the tropics, where population growth has been fast and forests teem with so many species of animals and plants that scientists have yet to count them all. Deforestation has been especially acute in two countries: Brazil, home to much of the Amazon, the world’s biggest rainforest; and Indonesia, the 16th-biggest economy and one of the top six emitters of greenhouse gases. In 2008, amid mounting calls for action and little sign of a solution, Norway did something unprecedented. The government declared it would give Brazil the huge sum of $1bn if it could stop chopping down so many of its trees. In 2010 it also offered $1bn to Indonesia.
Brazil’s deforestation rates have since declined so impressively that it has just been paid the last of the promised $1bn. But progress in Indonesia has been so woeful that Oslo has handed over only $60m, raising questions about whether even the most magnanimous efforts at stopping deforestation can succeed — and equally pressing concerns about climate change.
Before I met Mr Helgesen, I visited Lars Lovold, director of Rainforest Foundation Norway, one of the groups credited with turning Oslo’s attention to trees. I asked him to explain Oslo’s largesse. He said it came after the 2006 publication of an influential study on the economics of climate change by Nicholas Stern, a British economist, who argued that paying developing countries to halt tropical deforestation would be one of the most cost-effective ways to tackle global warming.
Mr Lovold’s group seized on the finding to lobby Norway’s government, led by then-Prime Minister Jens Stoltenberg, a trained economist. “He understood the arguments,” said Mr Lovold, to the point that in 2007, Mr Stoltenberg told a UN climate summit in Bali that Norway would provide up to $500m a year to help cut greenhouse gas emissions from deforestation in developing countries. 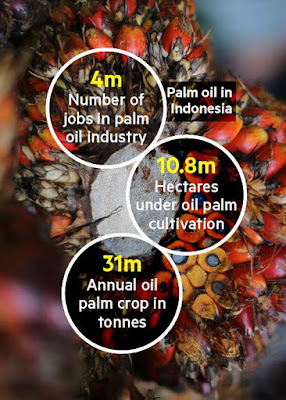 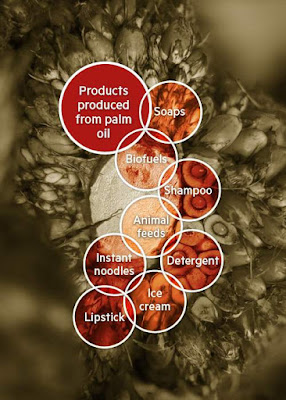 Investing in land in Indonesia
.
.
.
Posted by Jeremy Woodward at 14:26