On the River Otter: beavers and rewilding Devon ............... and "trying to repair the monstrous damage we have inflicted on nature in Britain"

There is a growing movement to 'rewild' parts of Britain:
Futures Forum: Rewilding Britain >>> " a bio-engineered pastiche", or >>> "a feat of natural renewal"?

Meanwhile, on the River Otter:

Nature Studies: The reintroduction of beavers sounds a real note of hope for our wildlife


Helping three members of the Devon Wildlife Trust carry the whacking great beaver trap down to the river, I felt a like a frontiersman in 18th century America, but also something else: deeply excited. I felt part of a hopeful future for the wildlife of my country.
Beavers, once native animals but extinct in Britain for hundreds of years, are a hot wildlife topic at the moment: should they be brought back? The Scottish Government is soon to announce its decision on whether to allow two groups of the animals to remain – one in Argyll, the subject of an official trial, and a much bigger one on Tayside, which has established itself in the wild from escapes and deliberate releases by beaver-lovers.
In England, the Government last year allowed a five-year trial to go ahead of a small group of beavers which had similarly established itself independently on Devon’s River Otter, and last week I went to visit them.
Easier said than done. For such big animals – big as a substantial dog – they are very elusive. But there were plenty of signs of their presence, from pawprints to pathways and from neatly gnawed tree stumps to the remains of a breeding lodge built last year, as well as fascinating night-time footage of them in the camera traps the trust has set up. 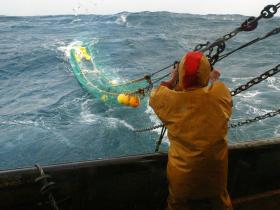 Nature studies: Pulse fishing is the 'marine equivalent of fracking'

We were on an isolated stretch of the river, backed by a woodland in which celandines and primroses were bursting out as intense flashes of colour, where two previously unknown animals had turned up; and the trust, which is carrying out the trial, was seeking to catch them so they could be tagged for identification and checked for parasites, which is a condition of the trial’s licence.
My excitement stemmed not just from the chance of seeing a new creature, but from what the beavers’ presence on a West Country watercourse represented – the idea of rewilding. This is sometimes greeted with alarm, merely as the idea that we should bring back wolves and even bears to our remoter regions; what it really means is that we should try to repair the monstrous damage we have inflicted on nature in Britain over recent centuries, culminating in the deadly assault on our countryside by intensive farming in the past 50 years.
The results of that assault are what I have come to appreciate, more than anything else, in writing this weekly column specifically focused on the natural world, since April 2010: this is the 262nd, and with the closure of The Independent this coming Saturday, it will be the last.
In doing them I have come to understand the scarcely believable scale of the destruction we have inflicted on our wildlife in recent decades, on the birds, the butterflies, the wild flowers and all the rest – mainly through the mass use of pesticides – which is still barely comprehended by the public at large (although it is understood by conservation professionals). We have wiped out more than half of it, more than half of what was present when I was a child. Our fauna and flora are dreadfully impoverished now: our fields may still be green, but many of them are empty. 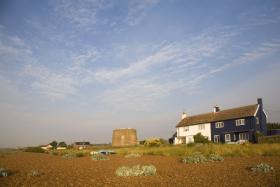 Nature Studies: The unimaginable riches in one tiny English village

This has changed my view of conservation, which was always concerned with holding on to what we have. I now feel that is not enough: the priority must be to restore what we once possessed, which has been lost. That is a gargantuan task, but rewilding represents the way ahead: last autumn the pine marten was restored to Wales, and the beaver’s return to England is another step forward.
I am not so naive as to think there are no potential difficulties in bringing back a big mammal that can substantially modify sections of the landscape, but watching Mark Elliot, in charge of the Devon Beaver Project, and his colleagues from the trust, watching their expertise and enthusiasm on the banks of the Otter, I was thrilled by a sense of something being added to our wildlife, instead of so many things being taken away.
Perhaps it can be repaired, our nature, if we try hard enough; and of all of the 200,000-plus words which I have written about it in “Nature Studies” over the past six years, I am glad that these last ones of all, are words of hope.

Nature Studies: The reintroduction of beavers sounds a real note of hope for our wildlife | Voices | The Independent

And:
Futures Forum: "Knowing your Place": noticing what you've got before it slips away - 'which is clearly what has happened across our whole countryside'
Futures Forum: Valuing Nature >>> What does nature do for us? >>> "managing and valuing ecosystem services"
.
.
.
Posted by Jeremy Woodward at 16:19