It's clear that the Sid Valley neighbourhood plan is only going to work if there is the right sort of input:
Futures Forum: Neighbourhood Plan >>> residents' involvement is 'critical'

And some of the most important input will come from its young people:

Daniel wants to give voice to Sid Valley’s younger generations 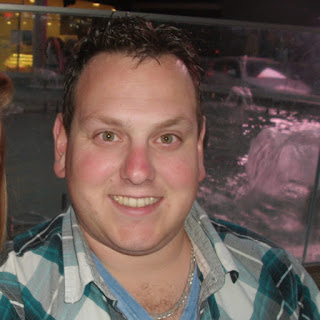 Daniel Turner
‘People in the community need to get involved with creating Neighbourhood Plan’
Fighting for future generations, affordable housing and leisure facilities are key motivations for the youngest member of the Sid Valley Neighbourhood Plan steering group.
Daniel Turner, 27, said it was a recent struggle to buy his own home without having to leave the area he grew up in that prompted him to get involved with the £46,000 project to help shape the future of the community.
The Sid Valley Neighbourhood Plan – when adopted – will provide a legal framework to influence development in Sidmouth, Sidbury, Sidford and Salcombe Regis for the next 20 years and beyond.
People’s involvement is crucial to ensure the final document accurately reflects the values and make-up of the town and the steering group leading the plan is encouraging residents to get involved and give their feedback.
Daniel, of Furzehill, Sidbury, said: “I felt personally that in the Sid Valley it’s predominantly elderly and I wanted to be a voice for my age group and the younger generation.
“My partner and I bought a house last April and in the search for our own house, we found it extremely difficult to stay in the area where we had both grown up and where our families are.
“That’s why I wanted to get involved, because it will be my children who will benefit from the plan.
“Affordable housing is important to help the younger generation get on the housing ladder and stay near where their families are.”
Daniel works for the Ministry of Defence and says that, while he appreciates it is difficult to find the time, as many volunteers as possible are needed to help create the plan and all help – no matter how big or small – will be appreciated.
He added: “One of my big passions is to try and bring Sidmouth into the 21st century as I think we can sometimes be lagging behind the times.
“I think there should be a bit more going on for younger people and I would like to focus on leisure facilities in the neighbourhood plan.
“One thing we do need to get on board is as many young people in the community as possible.”