... saw a huge amount of input. This will all feed into the final stages of public consultation - culminating in a second questionnaire at the end of next month: 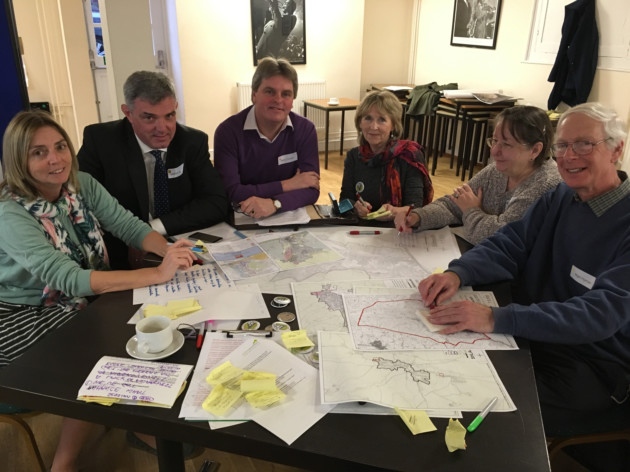 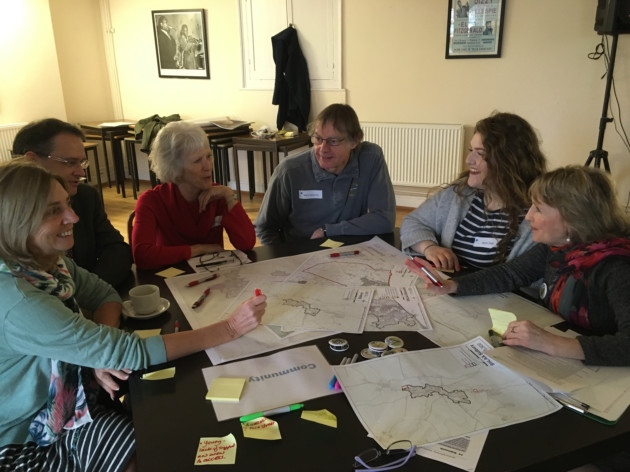 Representatives from a cross section of the community took part in a Sid Valley Neighbourhood Plan workshop at Kennaway House to help shape the future of the parish
Volunteers leading a project to shape the future of the Sid Valley are renewing efforts to gather views of ‘hard to reach groups’.
In an update to Sidmouth Town Council last week, the chairman of the Neighbourhood Plan steering group also revealed the news that a housing needs survey has been commissioned for the parish.
This is part of a final drive to gather comprehensive evidence that will feed into the community-led plan which – once adopted – will become a statutory blueprint to influence development for the next 20 years.
Chairman Deirdre Hounsom told councillors that £16,734 of the forecasted £46,000 budget has been spent to date – this cost is underwritten by the town council and supplemented with grants, including money from the Government and the district council.
The group’s vice chairman, Councillor Louise Cole, outlined plans to go out to special interest and ‘hard to reach groups’ that did not respond to the first residents’ questionnaire in order to gather a wide cross-section of views.
Cllr Jeff Turner raised some concerns about how individual opinions expressed outside of the official channels will be taken into account and urged councillors to be actively involved in the process.
Cllr Cole reassured him it is an ‘extremely robust’ and open process with a number of checks and balances to ensure the final plan is genuinely representative of the community.
Mrs Hounsom added: “We have commissioned a housing needs survey to be completed by February 28. Then we will be able to assess what might be missing and if any supporting questions need to go on the second residents’ survey. We hope to send this out to all residents by the end of March.”
For more information on the Neighbourhood Plan, visit: www.sidmouth.gov.uk/