And mainstream media are showing interest:

THE CASE FOR FREE MONEY

Why don’t we have universal basic income? 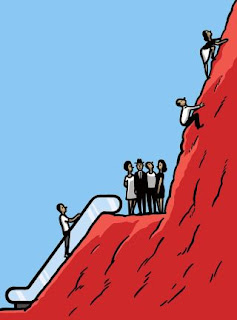 In the mid-nineteen-seventies, the Canadian province of Manitoba ran an
unusual experiment: it started just handing out money to some of its citizens. The town of Dauphin, for instance, sent checks to thousands of residents every month, in order to guarantee that all of them received a basic income. The goal of the project, called Mincome, was to see what happened. Did people stop working? Did poor people spend foolishly and stay in poverty? But, after a Conservative government ended the project, in 1979, Mincome was buried. Decades later, Evelyn Forget, an economist at the University of Manitoba, dug up the numbers. And what she found was that life in Dauphin improved markedly. Hospitalization rates fell. More teen-agers stayed in school. And researchers who looked at Mincome’s impact on work rates discovered that they had barely dropped at all. The program had worked about as well as anyone could have hoped.

Mincome was a prototype of an idea that came to the fore in the sixties, and that is now popular again among economists and policy folks: a basic income guarantee. There are many versions of the idea, but the most interesting is what’s called a universal basic income: every year, every adult citizen in the U.S. would receive a stipend—ten thousand dollars is a number often mentioned. (Children would receive a smaller allowance.)

One striking thing about guaranteeing a basic income is that it’s always had support both on the left and on the right—albeit for different reasons. Martin Luther King embraced the idea, but so did the right-wing economist Milton Friedman, while the Nixon Administration even tried to get a basic-income guarantee through Congress. These days, among younger thinkers on the left, the U.B.I. is seen as a means to ending poverty, combatting rising inequality, and liberating workers from the burden of crappy jobs. For thinkers on the right, the U.B.I. seems like a simpler, and more libertarian, alternative to the thicket of anti-poverty and social-welfare programs.

There are signs that the U.B.I. may be an idea whose time has come. Switzerland held a referendum on a basic income last week (though it lost badly); Finland is going to run a U.B.I. experiment next year; and Y-Combinator, a Silicon Valley incubator firm, is sponsoring a similar test in Oakland. Why now? In the U.S., the new interest in the U.B.I. is driven in part by anxiety about how automation will affect workers. Bhaskar Sunkara, the publisher of the socialist magazine Jacobin, told me, “People are fearful of becoming redundant, and there’s this sense that the economy can’t be built to provide jobs for everyone.” In the short run, concerns about robots taking all our jobs are probably overstated. But the appeal of a basic income—a kind of Social Security for everyone—is easy to understand. It’s easy to administer; it avoids the paternalism of social-welfare programs that tell people what they can and cannot buy with the money they’re given; and, if it’s truly universal, it could help destigmatize government assistance. As Sunkara puts it, “Universal programs build social solidarity, and they become politically easier to defend.”

The U.B.I. is often framed as a tool for fighting poverty, but it would have other important benefits. By providing an income cushion, it would increase workers’ bargaining power, potentially driving up wages. It would make it easier for people to take risks with their job choices, and to invest in education. In the U.S. in the seventies, there were small-scale experiments with basic-income guarantees, and they showed that young people with a basic income were more likely to stay in school; in New Jersey, kids’ chances of graduating from high school increased by twenty-five per cent.

Critics of the U.B.I. argue that handing people cash, instead of targeted aid (like food stamps), means that much of the money will be wasted, and that a basic income will take away the incentive to work, lowering G.D.P. and giving us a nation of lazy, demoralized people. But the example of the many direct-cash-grant programs in the developing world suggests that, as the Columbia economist Chris Blattman puts it, “the poor do not waste grants.” As for the work question, most of the basic-income experiments suggest that the disincentive effect wouldn’t be large; in Manitoba, working hours for men dropped by just one per cent. It’s certainly true that the U.B.I. would make it easier for people to think twice about taking unrewarding jobs. But that’s a good consequence, not a bad one.

A basic income would not be cheap—depending on how the program was structured, it would likely cost at least twelve to thirteen per cent of G.D.P. And, given the state of American politics, that renders the U.B.I. politically impossible for the time being. Yet the most popular social-welfare programs in the U.S. all seemed utopian at first. Until the nineteen-twenties, no state in the union offered any kind of old-age pension; by 1935, we had Social Security. Guaranteed health care for seniors was attacked as unworkable and socialist; now Medicare is uncontroversial. If the U.B.I. comes to be seen as a kind of insurance against a radically changing job market, rather than simply as a handout, the politics around it will change. When this happens, it’s easy to imagine a basic income going overnight from completely improbable to totally necessary. ♦


James Surowiecki is the author of “The Wisdom of Crowds” and writes about economics, business, and finance for the magazine.

Why don’t we have universal basic income? - The New Yorker

It came to prominence in the late 1960s:

In this 1968 interview, Milton Friedman explained the negative income tax, a proposal that at minimum would save taxpayers the 72 percent of our current welfare budget spent on administration. http://www.LibertyPen.com

Milton Friedman - The Negative Income Tax - YouTube
The Other Milton Friedman: A Conservative With a Social Welfare Program - The New York Times

Whilst not all of Friedman's followers agree:
Fallacies of the Negative Income Tax | Mises Institute

And of helping the undeserving poor to indulge in a little too much indolence:

How to Achieve Universal Basic Idleness

Isn't a Universal Basic Income just another name for a negative income tax, such as Tax = -$10,000 + .3*Income? If so, isn't a Universal Basic Income means-tested by definition?
The answer to the first question is Yes. UBI is just Milton Friedman's negative income tax in new packaging.
The answer to the second question, however, is more equivocal. The UBI is means-tested in the weak sense that your net payment falls with income. But the UBI dispenses with many other traditional forms of means-testing. Most notably:
If your UBI proposal includes factors like these in its formula, it's very hard to see what makes it a UBI.
If your UBI proposal dispenses with most or all these factors, then it is a distinctive reform indeed. But "distinctive" is a far cry from "good."
The welfare state is already unsustainable, largely because our means-testing by age and health isn't stringent enough.

Advocates correctly note that dropping multi-faceted means-testing reduces moral hazard: If your monthly payment doesn't depend on your health, you have no reason to fake bad health.
But there is also an gargantuan disadvantage: Dropping multi-faceted means-testing greatly increases the number of eligible recipients. If perfectly able-bodied, childless adults are eligible for free money, plenty will take it - and many won't work at all. Taxes on remaining workers have to rise to pay for them. This probably won't create a "UBI death spiral," but a milder sloth spiral definitely kicks in, especially over the longer run as stigma against idleness erodes. And the burden of supporting able-bodied non-workers is also very likely to cut into funding for the more deserving poor.
Frankly, given the bleak long-run fiscal forecast for the U.S., I'm baffled that anyone with libertarian sympathies takes the UBI seriously. The welfare state is already unsustainable, largely because our means-testing by age and health isn't stringent enough. The elderly may have trouble working now, but since they had a lifetime to save for their own retirements, few of the indigent elderly are victims of circumstance. And given the huge long run rise in the share of U.S. adults on disability despite rising health and less strenuous jobs, it's clearly far too easy to plead disability.
What's especially strange is that the bleak long-run fiscal forecast makes old-school libertarian austerity more relevant than ever. Why are so many libertarians running away from our core ideas when conditions are nearly ripe for mainstream America to finally listen to us?
Republished from the Library of Economics and Liberty. 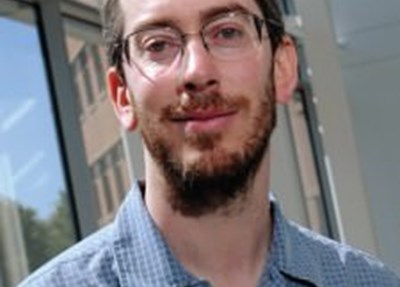 Bryan Caplan is a professor of economics at George Mason University, research fellow at the Mercatus Center, adjunct scholar at the Cato Institute, and blogger for EconLog. He is a member of the FEE Faculty Network.
How to Achieve Universal Basic Idleness | Foundation for Economic Education
.
.
.
Posted by Jeremy Woodward at 11:56