If you want to innovate, you need to disrupt:
Futures Forum: Disruptive innovation everywhere...

And something which is proving innovative, if not disruptive, is the 'sharing economy':
Futures Forum: The sharing economy >>> Upstarts disrupting communities

The only problem is how to define the sharing economy - and who is part of it:
Futures Forum: Imagining, designing and implementing a new economy, a new future
Futures Forum: The gig economy is 'exciting' and has 'huge potential'... or maybe not...

Which leads to further questions about the quality of working in the sharing economy:
Futures Forum: Modern working practices reviewed >>> the gig economy comes under pressure
Futures Forum: Two in every five people employed in the UK are in ‘bad jobs’

And the granddaddy of them all has been under fire:
Futures Forum: The sharing economy: Uber, hubris and getting too big

The leader in "ride-hailing cannot afford to lose what has become its largest European market":
Uber launches effort to save crucial London market - Financial Times

There is a petition under way:
Petition · Save Your Uber in London #saveyouruber · Change.org

Which was actually put together by the company itself:
Uber is not as popular as you might think | Letters | Technology | The Guardian

Unlike this from 38 Degrees:

Uber: play by the rules and get your London license back
Campaign created by Nat

To: Uber London What: Comply with TfL's recommendations: give Uber drivers proper rights at work and make sure your customers are safe
Why is this important: Taxi company Uber could be banned from London because they don't stick to rules designed to keep Londoners safe.

But they could do the right thing and make sure their customers are safe and that their drivers are given proper rights at work, they could keep operating in London.

If thousands of us sign the petition now, we can tell Uber to stick by the rules so they can keep running in London. it only takes 30 seconds to add your name:

Uber: play by the rules and get your London license back | Campaigns by You

There does seem to be an 'alternative: 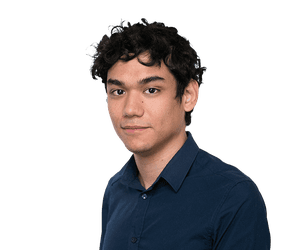 When Uber and Lyft abruptly ended services in Austin last year, 10,000 ride-share drivers lost their jobs overnight and riders across the Texas city were stranded.
“It left us all in a lurch,” said Frances DeLaune, who was working as a driver when the taxi apps shut down service there in May 2016 after refusing to comply with local regulations. She recalled how some turned to crowd-sourcing on Facebook where passengers posted ride requests and drivers showed up to help strangers: “People were panicking.” 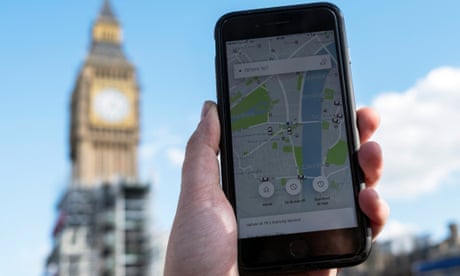 How will TfL's decision affect Uber?

Read more
With the surprise news on Friday that Uber had been stripped of its license in London – paving the way for the Silicon Valley company to wage a major court battle – some are looking to the cities and countries that have pushed out the hailing app to see what could lie ahead if Uber loses its fight with Transport for London (TfL).
But, as thousands of London drivers brace themselves, Uber’s critics argue that it’s possible to have successful ride-share systems that also adhere to local laws.
“There is life after Uber,” said Kirill Evdakov, co-founder and CEO of Fasten, a ride-share company that moved into Austin weeks after Uber and Lyft left. “Competition and choice is an improvement for everyone. A company’s profits can suffer, but for consumers, it’s just positive news.”
A not-for-profit organization called RideAustin also quickly helped to fill the void after Uber and Lyft departed in protest over a requirement that they conduct fingerprint-based background checks for drivers.
“It was not difficult to create and set up a ride-share and still follow the rules,” said Bobbi Kommineni, vice-president of strategic programs at RideAustin, which immediately worked with city officials on fingerprinting. “It was a lot of sleepless nights and all-nighters getting it working. We built it from scratch.”
When Uber left Austin, Jacob Trevino said, he and some drivers temporarily relocated to San Antonio, a city 100 miles south that still allowed Uber, sharing hotel rooms while struggling to make ends meet.
“Being my full-time job, I was extremely stressed out about it,” he said. “It was kind of a nightmare. But at least I was able to make money.”

Charlotte, an Austin driver who requested her full name not be used, said she tried to give rides through Facebook when Uber shut down, but was worried about safety risks and the lack of insurance: “Those of us who still wanted to help get people around assumed a ridiculous and inordinate amount of personal risk just trying to help the community. It was scary.”
Trevino said he was initially skeptical that small local operations could replace the giant corporations, but said he now appreciated that there were different options in Austin – where Uber and Lyft were allowed to return in May.
“We’re very lucky. We have one of the most diverse ride-sharing markets in the entire country,” said Trevino, who drives for both RideAustin and Uber. “As long as there is somebody there to treat the drivers fairly … any company willing to fill in that gap can succeed.”
Austin, the liberal Texas capital with a growing tech industry, is not the only government to stand up to Uber’s tactic of rapidly expanding by openly defying existing laws.
After Uber launched in Alaska in 2014, the company fought with the state’s labor department and ultimately paid a fine and left the market. The taxicab industry celebrated, but state legislators eventually paved the way for Uber’s return. The Uber app was also shut down in Vancouver, where cab drivers took out an injunction against the company. Some alternatives, including a carpooling app, have since formed, but Uber is now on track to return by the end of the year.
Earlier this year, Uber announced it would shut down its operations in Denmark after prosecutors accused the company of operating an illegal taxi business. Four drivers subsequently received fines of 696,600 kroner ($111,700) for more than 7,000 trips. Soon after, a similar company launched in Denmark, called Ubr City, which claimed it was a “freight and courier service” transporting goods, but functioned like Uber. Within hours of its launch, Ubr City was reported to police.
Uber has also battled bans and suspensions in Taiwan, Hungary, Bulgaria, Italy and parts of Australia.
Uber’s new CEO, Dara Khosrowshahi, tweeted Friday that the company was “far from perfect” but had 40,000 drivers and 3.5 million Londoners “depending on us”, asking officials to “work [with] us to make things right”. In an internal email obtained by the New York Times, he added: “There is a high cost to a bad reputation.”
If Uber won’t reform its ways in London, other competitors will step up, said Carys Afoko, communications director of SumOfUs, a consumer group that has criticized Uber: “The alternative for them is to behave like responsible companies and not ignore laws and put customers’ and drivers’ safety at risk.”

The Guardian view on Uber in London: obey the rules

Editorial: Many Londoners are horrified that the taxi app faces a ban. But this is a defining moment

Read more
While Uber at times has taken as much as a 30% commission from drivers’ pay, RideAustin drivers keep their full wages, and Fasten charges drivers a flat fee of 99¢ per ride.
“It’s really been fun watching these companies grow organically within the community,” said DeLaune, who drives for RideAustin. “I’m a lot happier than I was before.”
When Uber no longer has a monopoly, drivers are better equipped to fight for their rights, said Evdakov. “They have more power. If you don’t listen to us, we’re going to turn you off.”
The return of Uber and Lyft to Austin, however, has been challenging for the smaller competitors, said Kommineni, noting that RideAustin has lost 50% of its market share as a result. Some of her drivers now work for both companies, she said, though others hope to never return to Uber and are loyal to the local organization.
“They hate what Uber did to them,” she said. “We came in and provided a service when they were abandoned.”

'There is life after Uber': what happens when cities ban the service? | Technology | The Guardian
.
.
.
Posted by Jeremy Woodward at 16:11