As covered by the FT yesterday: 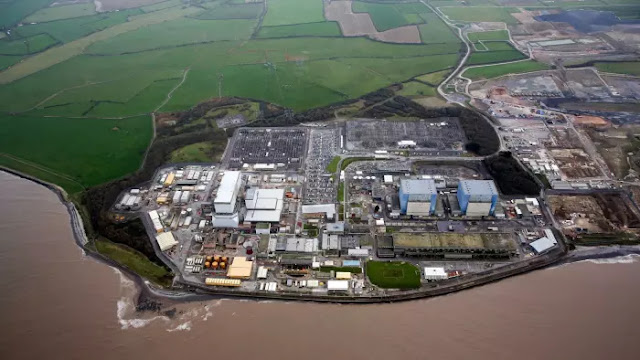 Andrew Ward, Energy Editor
87 comments
British MPs have urged the UK government to rethink the economic case for new nuclear power stations after making “grave strategic errors” in the Hinkley Point project.
In a report published on Wednesday, the Commons public accounts committee accused the government of neglecting consumer interests and failing to push for a better deal with the French and Chinese investors who are building the £20bn nuclear plant at Hinkley Point in Somerset.
The committee said consumers had been “dealt a bad hand” by the government’s agreement to lock UK households into buying expensive electricity from Hinkley for 35 years.
“Its blinkered determination to agree the Hinkley deal, regardless of changing circumstances, means that for years to come energy consumers will face costs running to many times the original estimate,” said Meg Hillier, the Labour MP who chairs the committee, which is often called parliament’s spending watchdog.
Hinkley is intended to be the first in a series of new nuclear plants in the UK, as part of efforts to replace large amount of old generating capacity due to be decommissioned in coming years.
However, the cross-party public accounts committee urged the government to “re-evaluate and publish its strategic case for supporting nuclear power before agreeing any further deals”.

Talks are under way with Hitachi, the Japanese company, about a new plant at Wylfa in Anglesey. There are also ongoing discussions with possible Korean and Chinese investors about a project at Moorside in Cumbria.
But the MPs said the economic case for nuclear power had been weakened by the falling cost of fossil fuels and renewable energy since the Hinkley deal was first struck in 2013 with EDF, the French state-controlled company. This meant consumers face paying £30bn above market prices for electricity from Hinkley over the 35-year life of the contract, according to the latest government estimate. That is five times more than the £6bn estimated in 2013.
MPs said the government should have sought to renegotiate with EDF and CGN, the Chinese state-owned company contributing a third of the finance, after the economic case deteriorated. The government has argued that the deal would have risked collapse, undermining energy security and damaging investor confidence in the UK, had it tried to revise the terms.
The committee also criticised government for failing to consider contributing public funds to Hinkley, an approach that could have reduced financing costs. Ministers have been determined to keep the project off the Treasury’s balance sheet.


26,000
Total number of jobs expected to be created over the course of the Hinkley project
“Consumers are left footing the bill and the poorest consumers will be hit hardest,” the report said. “No part of government was really championing the consumer interest.”
More must be done to ensure that strategic benefits from the Hinkley project, such as jobs and investment, are captured by the UK economy, the MPs added, saying a “plan B” should also be put in place to prevent potential delays to Hinkley leaving Britain short of electricity in the late-2020s, when the plant is due to come online.
EDF said construction of Hinkley was “on track” and “already delivering a huge benefit to British jobs, skills and industrial strategy”.
The cost of electricity from Hinkley — £92.50 per megawatt hour in 2012 prices — was lower than 80 per cent of other low-carbon power sources, such as wind and solar, contracted by the UK government so far, EDF added.
The latest contracts for offshore wind capacity, awarded in September, fell below the cost of Hinkley for the first time — a breakthrough seized on by critics of nuclear power as a sign that renewables were now more competitive. EDF said future nuclear reactors would also be cheaper than Hinkley as the UK nuclear supply chain was reactivated.
The Department for Business, Energy and Industrial Strategy said the government had negotiated “a competitive deal” with EDF, which “ensures consumers won’t pay a penny for any construction overruns and until the station generates electricity in 2025”.
Some 2,400 people are already working on the Hinkley construction site, the government added, with a total of 26,000 jobs expected to be created over the course of the project.
UK made ‘grave strategic errors’ in Hinkley Point nuclear project - Financial Times

The FT is excited by the official picture of loadsa jobs - but the East Devon Watch blog notes who might actually benefit from this public largess: