The European Union will be looking at climate change later this week:
Futures Forum: Storms and flooding >> climate change >> cutting carbon ... ... from the UK Met Office to the EU summit

What exactly is at stake?
Here's a German perspective - from the notion of the 'Energiewende':
Futures Forum: “Energiewende” – energy transformation... reducing dependence on fossil fuels and changing the role of the large traditional utilities.

The EU 2030 Climate and Energy Framework: What is at Stake for the Global Climate?

05 Mar 2014   by editor   Comments (0)
In the coming months the European Union will lay the foundation of its European climate and energy policies for the next decade. The EU’s decisions on its climate and energy framework until 2030 will also have major impacts on the international climate trajectory in the run-up to COP21 in Paris. Silvia Brugger explains how the EU’s 2030 decisions will influence the global fight against climate change.

NGO Action on the day of the EU Commission’s launch of their 2030 climate and energy proposals. (Photo by CAN Europe, CC BY-NC 2.0)

The current state of play: not much appetite for climate action

On 22 January, the European Commission presented its proposals for the 2030 climate and energy framework including a new reduction target for domestic greenhouse gas (GHG) emissions of 40% compared to 1990, an EU-wide target for renewable energy of at least 27%, a new governance system and a set of new indicators to ensure a competitive and secure energy system. They also proposed a “market stability reserve” for the failing EU emissions trading scheme (only starting in 2021) as well as minimum principles for shale gas. A decision on renewed ambitions for energy efficiency has been delayed.
The influential industry lobby pushed hard to water down any ambition and successfully spread the narrative that, in the aftermath of the economic crisis, European leaders have to put a brake on climate action. As a result – and while it could even have been worse – the Commission’s proposals are far from being adequate to tackle the global climate crisis. There are an increasing number of EU leaders, including Commission President Barroso, that want to weaken their commitment to renewables and instead plead for a “low carbon technology mix” including nuclear and CCS (i.e. business as usual in line with the interests of conventional industries).
The EU 2030 Climate and Energy Framework: What is at Stake for the Global Climate? – German Energy Transition

Other organisations have expressed concern:

EU: Give children the future they deserve 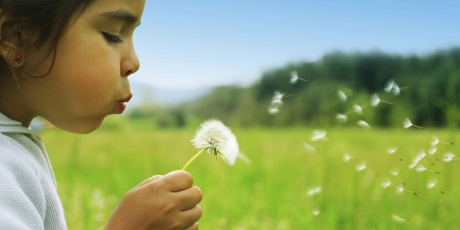 200,000
240,727
240,727 have signed. Let's get to 200,000
We are facing the biggest crisis of our time. Unless we act now, coral reefs will disappear forever, polar bears will only survive in zoos, and our kids will inherit a flooded and scorched mess of a world. But we created climate change, and if we act now, we can ensure both people and planet flourish.

In 2 days, Europe’s leaders will hold a summit on the climate crisis. Right now they’re poised to agree outrageously weak pollution cuts, ignoring scientists' advice and the warning signs that nature is flashing all around us. It's up to us to get our voices heard above the chorus of dirty industry lobbying, to show leaders that bold action to cut pollution in half is popular and necessary.

Let's draw a line in the sand, and stop our leaders from letting industry kill us slowly. Sign up now, then send a personal message -- we’ll arm climate champions Germany and the UK with our massive mandate, twin it with opinion polls that prove support for the planet in key blocking countries and feed the best messages to the media right up until the vote.

Avaaz - EU: Give children the future they deserve
.
.
.
Posted by Jeremy Woodward at 15:47