Climate change: and the film 'The Merchants of Doubt'

It's all about perception:
Futures Forum: Climate change: appealing to values and identity >>> From 'worthy but dull' to re-framing the debate >>> It's about: pollution >>> inter-generational debt >>> conserving the local landscape

Which means: it's all about how the debate is 'framed':
Futures Forum: Climate change: the language of framing... "Why Our Brains Are Wired to Ignore Climate Change"

This last piece mentioned the film 'Merchants of Doubt' - and an interview Rob Hopkins had with George Marshall:

This time, how people have still gone back to arguing about the science just seems completely ridiculous. Is there any sense of how we input into that process to move it on more to the policy?

The problem we always had with the floods is that no scientist is going to be prepared to come out during the floods or any climate event immediately afterwards and say, “aha, that’s climate change”. Of course, they should be saying, well this is a pattern consistent with climate change. This sense of uncertainty tends to pervade the debate.

I’d go back again to what I was saying earlier about how there are scientific facts and socially held facts. If people in their own minds see that there is an association between an extreme weather event and climate change, that becomes the fact that they hold. Similarly, if people in their own minds come to think that all of the scientists are conspiring in order to get larger, fatter, government grants for their research, which of course is this outrageous and ludicrous lie which is paraded by some of these professional deniers, they will believe that. These views can become deeply entrenched and very immovable.

But of course the thing which moves them is not arguing directly with them about this not being true, or this is the evidence. It’s actually going back to this idea of socially constructed facts. What will shift a climate change denier, not the professional ones of course but the general public, is citing the evidence that people like themselves who share their values happen to believe in it and happen to accept it.

The big problem we have, I think, in terms of the issue is that Naomi is correct there. Many people, particularly of Conservative or free market values are deeply suspicious of the solutions. And of course the people who are keenest on the solutions and therefore the ones who hold climate change most readily are their sworn political enemies. 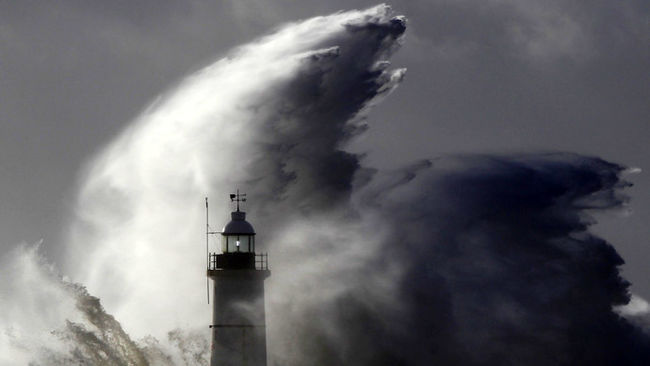 The film has just been released.
Here is an excerpt:


Published on Apr 23, 2012
Naomi Oreskes explains with great clarity the driving force behind climate denial - aversion to the political and economic implications of climate change.

Many thanks to the producers of I Can Change Your Mind about Climate for granting permission to repost this footage, which didn't make the final cut of the documentary. More info about the film is available at http://www.abc.net.au/tv/changeyourmind/

This is from the latest edition of Scientific American:


Before the release this Friday of the documentary "Merchants of Doubt," S. Fred Singer sought the advice of nearly 30 climate skeptics about their chances of halting the movie and whether he should sue Naomi Oreskes, who co-authored the book on which it's based.
"Has she finally gone too far?" asked Singer.
The discussion is outlined in a chain of emails initiated last fall by the 90-year-old physicist, who is featured in the film for his work questioning the amount of influence people have on rising temperatures. His request reached a mix of academics and others who have been mostly antagonistic toward mainstream climate findings. ClimateWire obtained the emails from a source who received them as a forwarded message.
Perhaps the strongest response came from James Enstrom, an epidemiologist who has challenged the science around the health risks of secondhand smoke and particulate air pollution. Enstrom told Singer that he could make "a very strong case" against Oreskes if Singer filed complaints with the universities she's affiliated with.
"I suggest you Attack Oreskes by Filing short Grievances with Harvard and Stanford," Enstrom wrote to Singer on Oct. 21. Oreskes is a professor of scientific history at Harvard University with a doctorate from Stanford University.
"Good thought," Singer responded.
The wider discussion is viewed by some as a window into the network of skeptical scientists, bloggers and conservative think tank scholars who often raise objections to mainstream climate science. The tactics discussed -- like lawsuits and grievances -- reflect previous efforts to constrain critics of Singer and others through legal attacks, or the threat of them, several people involved with the movie say.
"This is part of their intimidation," Oreskes said in an interview. "It's a part about trying to make people frightened that if they do speak up and they do expose what's going on, they'll get attacked. And they will get attacked. I've been attacked."
The documentary is based on her book, "Merchants of Doubt," published in 2010. In it, she outlined the similarities between the political fight around climate change and the earlier debates about whether smoking was dangerous. The effort to fight health problems from smoking was stalled for years. She suggested that a small group of scientists cooperating with think tanks and businesses managed to obscure basic truths about the harms of both. The movie will be released nationally Friday. It's directed by Robert "Robby" Kenner, the creator of the 2008 documentary "Food Inc."
Singer, who cooperated with Kenner to film a scene for the movie, said in an interview with ClimateWire that he has decided not to take legal action against Oreskes or Kenner. It would be too expensive and would require too much of his time, he said. He also ruled out filing grievances against Oreskes with university administrators because "they're just as bad as she is.
Merchants of Doubt about Global Warming Hope to Strike Back - Scientific American

Here is the review from the Guardian: Read more
With the 9/11 attacks on the World Trade Center occupying attention, Americans For Prosperity, a powerful, fossil-fuel lobby group founded by the billionaire Koch Brothers, launched a decade-long, multi-pronged campaign to sow doubt about the reality of climate change.
By equating the findings of climate scientists as an attack on personal freedoms, they cleverly shifted the focus away from science to political opinion. “Creating a focus point away from what is actually going on is how magicians pull off their tricks,” said Kenner who directed the Oscar-nominated documentary Food Inc.
The deception has worked well. Few Americans know 97% of scientists agree climate change is caused by human activity and is happening now.
Inspired by the 2010 book of the same name, Kenner’s film is about deception and profiles many of the charming and always smiling professional deceivers who work for the tobacco, chemical, pharmaceutical, and fossil fuel industries. The tobacco industry knowingly and successfully deceived the public for 50 years about the connection between smoking and cancer, the 1988 tobacco lawsuit settlement revealed.
In a pattern of manipulation clearly evident today in the manufactured ‘debate’ over climate change, the tobacco industry used media-friendly pseudo-experts, doctored ‘science’ studies and attacked the credibility of scientists or experts who said otherwise, Kenner said.
Peter Sparber, one the tobacco industry’s most successful deceivers, told Kenner that he could get the public to believe a garbage man knew more about science than prominent climate scientist James Hansen.
“If you can sell tobacco you can sell anything,” Sparber tells Kenner.
Selling confusion and doubt around a complex issue like climate change was far easier than selling tobacco. Nearly all of those well-paid climate misinformers have no science background and often clear ties to industry lobby groups and yet are treated as expert commentators on climate science by media. It’s not just Fox News. Serious news outlets like CNN and the New York Times are complicit by featuring misinformers in news articles and on discussion panels, he said.
The film also focuses on the many self-described “grassroots” organisations that are actually promoting specific corporate and political interests. These organisations are often aided by, and passionately supported by, ordinary citizens who believe they are fighting for personal freedoms and libertarian or conservative values.
Kenner is hoping audiences “will realise they’ve been lied to” and develop better “bullshit detectors”.
Merchants of Doubt film exposes slick US industry behind climate denial | Environment | The Guardian
Climate sceptics attempt to block Merchants of Doubt film | Environment | The Guardian