There has been considerable reaction: 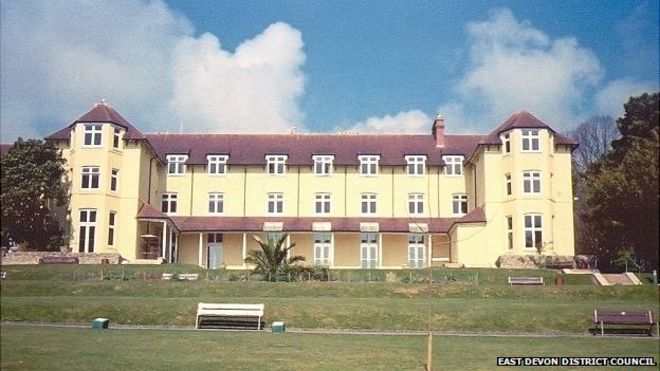 A council in Devon which spent seven years debating whether to move its headquarters to cut costs has finally agreed to the switch.

East Devon District Council said its base in an "old converted hotel" in Sidmouth was not fit for purpose.

But campaigners claim the move will result in "huge loans" being taken out and hundreds of jobs being relocated.

The Conservative-led authority is expected to move to Honiton and Exmouth in 2017.

The move was first suggested in 2008 but, because every part "has been scrutinised", the authority said it "had to be undertaken with complete transparency and could not have been short-circuited" - resulting in the lengthy process.

Richard Thurlow, from Save Our Sidmouth, said: "Obviously we're disappointed but it's not unexpected. They're taking out huge loans of over £9.5m in the short-term and £2.1m over 20 years, and who can say what will happen in 20 years?"

He added the move - which is expected to result in the Sidmouth site being sold to a retirement developer for about £8m - will result in a loss of 300 jobs in the town.

Conservative councillor Andrew Moulding said the authority was "running offices in an old converted hotel. There will be a short-term loan and then a loan of about £2m over a 20-year period. The problem is, if we stayed where we are we'd have to spend more money refurbishing it so it was fit for purpose. It really is past it's sell-by date, people are running their offices from converted bedrooms, bathrooms and even toilets."

Richard Thurlow, for Save Our Sidmouth, and Cllr Andrew Moulding were on Radio Devon’s early morning news today, following EDDC’s vote to go ahead with their chameleon-like and highly unpopular office relocation project.

The implications of last night’s decision are many, including what happens to Knowle parkland. Richard Thurlow’s e-mail to Sidmouth Town Councillors this morning, highlights one major problem:

Andrew Moulding from EDDC on radio this morning said that Sidmouth Town Council were to be the benefactors of the transfer of the remaining area of the Knowle Parkland.

When asked how STC were going to pay for the upkeep, he said that STC would have to pay for it themselves for example by imposing car parking charges on the remaining car park

From a short conversation I had with Cllr Hollick, I think I understood that no approaches had yet been made by EDDC, despite their frequent contention that they thought that it was a good deal for Sidmouth!

You probably have already thought about this, but it seems to me that STC should refuse to accept the transfer of the land unless a sizeable entail is created to maintain it in perpetuity. After all it is EDDC who wish to transfer the land, STC is not the supplicant.

The general public do not mind which public body owns the Knowle; they merely wish to enjoy usage of it; what they would object to is charges for facilities or increased local taxes.


EDDC relocation given the green-light

Controversial plans to sell Knowle to a developer and relocate the district council from Sidmouth have been given the final go-ahead.

At a meeting tonight, representatives from across East Devon voted in favour of a move to Exmouth and Honiton.

The decision brings to a close four years of work by East Devon District Council to relocate to modern, energy efficient offices, which has seen legal challenges and a protest against the project by thousands of residents from across the region.

However, the project is still dependant on developer Pegasus Life securing planning permission to build a retirement community at Knowle.

Who has the say on the planning application? I presume that will be EDDC, conflict of interest?

The Knowle in Sidmouth

THE go-ahead has been given for the £10m relocation of East Devon District Council’s headquarters at Sidmouth to Exmouth and Honiton amid a tide of controversy and a raft of objections and a looming 20-year loan repayment.

After a lengthy and at times heated debate, councillors gave approval to the move at their full council meeting on Wednesday, March 25, paving the way for the for sale sign to be erected at the site of the former Victorian hotel which the district authority has resided in for four decades.

The move, to purpose built offices at Honiton and Exmouth Town Hall, is expected to be completed in two years by mid 2017.

Council officials including deputy chief executive Richard Cohen and council leader, Councillor Paul Diviani, supported by the council’s independent external auditors, Grant Thornton and internal auditors the South West Audit Partnership, have long maintained that remaining at Knowle would be a drain the council’s resources whereas a move would be more cost effective for the tax payer.

Councillors were told that over a 20-year period the district will be £2.8m better off if the council moves, compared with £3.9m worse off by staying and carrying out minimum investment works at Knowle.

Ahead of the decision, the council resolved to sell 1.8 hectares of land at Knowle, including the area currently occupied by buildings and asphalt car parks, plus 14 per cent of the remaining parkland including the upper terraces, to retirement homes developer Pegasus Life Ltd for around £8m.

The refurbishment needed at Exmouth Town Hall is expected to cost the council around £1m and around £7m to build the offices at Honiton.

Knowle has high annual energy costs of £83,900 a year compared to a predicted energy cost for Honiton/Exmouth combined of £33,700 per year.

In addition to the funds generated from the sale of its existing headquarters, the council would need to borrow £2.1m over 20 years to fund the move.

A raft of concerns were presented to councillors at last night’s meeting:

Sidmouth resident Peter Whitfield said: “The loss of the upper terraces has never been discussed by the council.”

Councillor John Hollick, chairman of Sidmouth Town Council, said: “The council has consistently and vehemently objected to the relocation because of the serious impact on the town’s economy and employment and the significant loss of public open space. The relocation is a ridiculous proposal.”

Paul Arnott, chairman of the East Devon Alliance campaign group, said: “What is going to happen to the building if this tier of government goes?”

Keith Northover, Knowle Residents Association member, said: “The option of refurbishing the modern buildings at Knowle and moving to Exmouth has not been investigated. The decision has been pushed through with haste.”

Sidmouth resident Jeremy Woodward, whose Freedom of Information request for reports relating to the relocation, which were refused by the council, was backed by the Information Commission prompting a costly tribunal when the council fought to keep them secret, said: “Why has the council gone to such extraordinary lengths to keep the reports secret? Are we not all being taken for a ride by our leaders?”

Richard Thurlow, chairman of the Save Our Sidmouth campaign group, said: “The consultation process was a farce.”

East Devon Alliance member, Jackie Green said: “The council has not agreed head of terms with Pegasus Life Ltd and overage – a sum of money in addition to the sale – has not been fixed, so the council could lose out on this.”

Mike Temple, Knowle Residents Association member, who said the group had submitted an application to register Knowle Park as an Asset of Community Value, said: “This would protect a much valued amenity from the ravages of development.”

Reacting to the result council leader, Councillor Paul Diviani, said: “I’m pleased that we can give the residents of East Devon a clear and transparent picture of our intentions after many years of careful consideration and fine-tuning to find the most effective solution. While this approach has been prudent, it has inevitably caused uncertainty for our towns and especially for our employees.

“This project is all about giving our residents, businesses and visitors the best possible service at the least possible cost. We know there is more austerity on the way and that our council – like others up and down the country – has to find more and more creative ways of saving costs and becoming more efficient.

“How strange would it be for our residents to see us making piecemeal changes here and there to save relatively small amounts of money in each service, while pouring scarce funds into an unsuitable building that will have no value? By thinking ahead – and outside the box – we have given ourselves the chance of moving to accommodation that supports modern working practices, will reduce operating costs and will prove an investment for the future.

“This has been described by some cynics as a vanity project. It’s not – it’s a sanity project! I’m delighted that my fellow councillors have decided to grasp this fantastic opportunity and I now feel confident that we will be able to continue giving our customers the service they deserve, at a price they can afford”.

and:
District Councillors may be left wondering what happened to “cost neutral?” | East Devon Watch