The recycling industry is great if you're in the business of producing stuff - as you just ask people, consumers and businesses to collect all the unwanted and left-over stuff and return it to them:
Futures Forum: The plastics industry is "incredibly supportive of recycling legislation over a more long-term… reduction of disposable culture."
Futures Forum: How sustainable is the construction industry? ... 'Concrete is responsible for 7-10% of CO2 emissions' ... 'The industry must shift its emphasis beyond recycling and towards reuse'

An alternative might be to produce less stuff in the first place:
Futures Forum: The Story of Stuff: "You cannot run a linear system on a finite planet indefinitely"

However, replacing old and inefficient with new and efficient has its costs - such as needing more resources to produce replacement stuff, for example, a car:
Futures Forum: What to do about car emissions ... and embodied carbon ...
Futures Forum: VW... and making 'wholly opaque disposable vehicles' >>> rather than making vehicles which 'run for a long time and are easy to fix'

And are people really reusing all those 'bags for life'?
Futures Forum: Plastic bags: You can't throw something away, because there is no 'away'

Here is a critique of the rather lazy thinking behind 'reduce, reuse, recycle':

What's Wrong with the Three

Reduce, reuse, recycle. On its face, following the “three R’s” seems to be the obvious path to environmental nirvana:
Reduce – Use less. Turn off the lights when they’re not needed, don’t let the water run while you’re brushing your teeth, use both sides of every piece of paper, replace incandescent light bulbs with more efficient light sources, put more insulation in the attic, buy energy efficient appliances and toilets that use less water.
Reuse – Use items again. Don’t get lost in the “paper or plastic” trap at the grocery store, get a reusable shopping bag. Don’t toss those plastic water bottles, refill them.
Recycle – Send glass, aluminum, paper, and plastic to the recycler, not the dump.
Clearly, the “Three R’s” are a win for everyone; saving resources, energy, and labor all while reducing pollution. What could be wrong with that?  Nothing. But only if resources, energy, and labor really are saved and pollution really is reduced.
The catch is that while reducing, reusing, and recycling save some resources, each activity also costs other resources. Determining whether a given “R” saves more resources than it costs can be difficult, especially when we are spending “apples” to save “oranges.”  But even when we’re dealing with “apples-to-apples” cases, the trade-offs may not be obvious.
Consider, for example, reducing electricity use by replacing old appliances with newer, higher efficiency models. Won’t this result in a net energy saving?  Maybe, but manufacturing new appliances uses energy and, not incidentally, creates pollution.
The question is, will the new appliance save more energy over its lifetime than it costs to make, transport, and install?  We can imagine a situation in which the answer is clearly “no.”  Suppose, for example, that dishwasher manufacturers come out with new models that are slightly more energy-efficient every six months. Obviously, replacing your dishwasher twice a year would waste far more energy than it would save. But what about replacing the dishwasher every five years, or every ten?
Reduce or Not?
A few (relatively) simple present value calculations can provide the answer. The expected life of the appliance and the estimated energy savings over that life are typically provided by the manufacturer. We can compare the present value of the cost of electricity that would be used over those years to the cost of purchasing and installing the dishwasher.
If the present value of the energy saved is higher than the purchase price, we can be reasonably confident that replacing our old dishwasher will result in a net energy saving. Without market prices, however, we would be unable to determine the better course – keeping or replacing the old appliance. Economics to the rescue!
Reuse
Most reusable bags are never used at all and end up in landfills or on roadsides along with standard paper and plastic shopping bags.Let’s now consider the “reuse” directive. Again, it sounds very plausible. But doesn’t it contradict the reduce directive?  Shouldn’t I reuse old appliances rather than replace them?  As we saw in the last example, economics can provide the answer.
What about the paper vs. plastic controversy?  Well, stores are pushing us to use plastic, which suggests – because stores want to make a profit – that plastic bags cost less. Their lower cost tells us that fewer resources are required to make plastic bags than are needed for paper bags.
That’s a point in favor of plastic. On the other hand, plastic bags decompose far more slowly than do bags made out of paper, so plastic bags thoughtlessly tossed out car windows may remain eyesores for decades.
Reusable grocery bags are the obvious solution, then, right?  Wrong. According to a study by the British Environment Agency, a nonwoven polypropylene bag would have to be used 11 times to “break even” with the cost of one single-use plastic bag, while a cotton bag would have to be used 131 times.
Studies indicate, however, that most reusable bags are never used at all and end up in landfills or on roadsides along with standard paper and plastic shopping bags. In most cases, then, energy, labor, and resources are wasted – and pollution generated – to no purpose.
Another issue is that reusable bags are more difficult and time consuming for grocery store baggers to use than are standard plastic bags. Finally, reusable bags can accumulate and spread dangerous germs such as salmonella. As a result, they should be regularly washed and that, of course, takes additional resources and energy. In the end, the lower-cost, single-use, plastic bags probably make more sense than do reusable bags. Again, economics provides the best – or, in this case, the “least bad” – answer.
Recycling
If companies can make a profit recycling paper, no mandates are necessary.What about recycling? Isn’t that a clear-cut win? Again, sadly, no. Recycling resources costs resources. For instance, old newsprint must be collected, transported, and processed. This requires trucks, which must be manufactured and fueled, and recycling plants, which must be constructed and powered.
All this also produces pollution – from the factories that build the trucks and from the fuel burned to power them, and from the factories that produce the components to build and construct the recycling plant and from the fuel burned to power the plant. If companies can make a profit recycling paper, then we can be confident that more resources are saved than are used. However, if recycling is mandated by law, we have no such assurance.
Again, economics is the key.
The bottom line is, well, the bottom line. By saving money, we save the resources, labor, energy, and pollution that the money would have otherwise purchased. We should do what makes economic sense and not what just makes us feel good or what seems plausible. Let’s replace the three R’s with the single E: Economics. 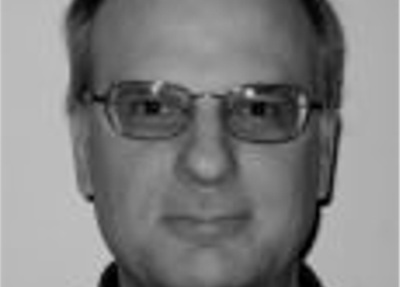 Richard Fulmer worked as an engineer and a systems analyst, and is now retired and a free-lance writer. He has published some thirty articles and book reviews in free market magazines and blogs. With Robert L. Bradley Jr., Richard wrote the book, Energy: The Master Resource, which was required reading in classes at four different universities, including the University of Texas and the University of Toronto. He is currently working on another book, Caveman Economics: Basic Economics in 25 Prehistoric Tales.
What's Wrong with the Three Rs of Environmentalism | Foundation for Economic Education

And:
Futures Forum: Transitioning from a Consumer Culture >>> to Sustainable Consumption >>>
Futures Forum: Planned Obsolescence: and The Men Who Made Us Spend
.
.
.
Posted by Jeremy Woodward at 15:20