However, there are understandably mixed feelings: 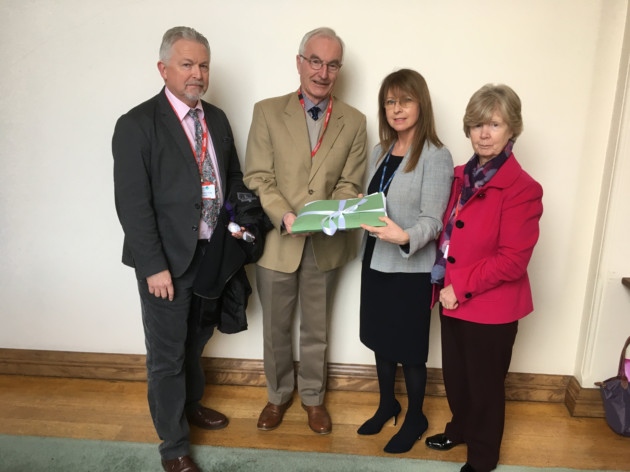 Sidmouth Victoria Hospital’s vital inpatient unit has been saved after health bosses voted to keep 24 beds in the town.
Proposals to cut 71 community hospital beds across East Devon are set to go ahead – despite widespread public opposition – following the decision by the Northern, Eastern and Western Devon Clinical Commissioning Group’s (CCG) governing body.
Sidmouth looked set to lose out, but, in a shock turnaround, the recommendation was changed in favour of the town retaining its inpatient unit.
Exmouth and Tiverton will retain 16 and 32 beds, respectively.
Seaton is now among those set to lose all of its community hospital beds as the CCG moves to a new model of discharging patients to their own homes.
There has been a tempered response in Sidmouth, with sympathy for those communities losing out and claims the CCG’s actions need to be continually scrutinised.
Di Fuller, who chairs the town’s patient participation group, said: “The outcome is very good news for the service provision in Sidmouth and everyone in the town will be glad of this, especially those staff who work there and deserve to feel more secure. However, the process has set one town against another and Sidmouth’s gain is a loss for Seaton, Honiton, Okehampton and Whipton.
“Let us not forget, these are not hospital beds for the use of Sidmouth patients, they belong to the whole of East Devon and patients and carers from those communities will be travelling for care at Sidmouth, often without good transport links.”
She said it had proved difficult to access clinical evidence from North Devon, where the new model of care is already in place, but added: “We know that the finances don’t add up - the care packages will not be robust enough for the most frail, there are not enough trained staff and there is no clinical evidence to justify the risk.”
She said the CCG needs to be held to account as it introduces the new model of care.
District councillor Cathy Gardner said: “The decision on which community hospital beds to cut is a loss for all of us. Despite the fact that Sidmouth’s hospital beds are to stay – for now – we are going to lose 50 per cent of the beds we had left in the area after the last round of closures. That means twice as many patients for the beds we have left.”
County councillor Stuart Hughes made claims of ‘misinformation’ from the CCG regarding parking and access at Sidmouth. He said the alternative figures he provided, and a Devon County Council needs assessment, had tipped the balance in the town’s favour.
Rob Sainsbury, the CCG’s chief operating officer, told the Herald that Sidmouth won out over Seaton only by a fine margin, based on the former’s slightly larger population and higher proportion of over-85s.
Exmouth won out against Exeter to retain 16 beds, due to the proximity of the Royal Devon and Exeter Hospital to the city’s community hospital in Whipton. Tiverton Hospital will keep its 32 beds, while those in Honiton and Okehampton will close.
Mr Sainsbury said respondents to the 13-week consultation had broadly supported being cared for in their own homes and the CCG will respond to any increased pressure the new model may create, whether that means more staff or more resources.
The CCG – forecast to have a £384million deficit by 2020 – justified the cuts by arguing East Devon proportionally has more beds than elsewhere in the county. These cuts are expected to save it between £2.8million and £5.6million, with some money reinvested.
Acknowledging it is a ‘modest’ sum, Mr Sainsbury said: “There will be more changes to come. We have been very clear about that. I feel passionately that this is the right decision. The driving force through the whole process is we want to improve care. For people that don’t need to be in hospital, being at home is the best setting. If a patient is in hospital unnecessarily, it can cause harm.”
The timescale has not been confirmed, but there will be no compulsory redundancies to implement the cuts.
Graham Vincent, chairman of the Sidmouth Victoria Hospital Comforts Fund, which has raised £5million to renovate the facility over the last quarter-of-a-century, said: “What we have here is a truly local community hospital, supported by a fantastic voluntary sector, who were determined not to lose our beds.
“I feel sad for Seaton and other hospitals who have lost their inpatient beds, my view being that the demographics of East Devon should dictate the need for beds for the wellbeing of the communities.”