The science is unequivocal:
Futures Forum: Climate change: "We know that 2016 was the warmest on record, over a degree warmer than late 19th Century levels, so this claim that there's been cooling is simply not true"

The evidence before our eyes even more so. 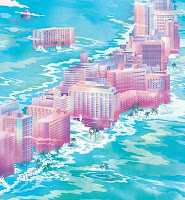 Because it's happening everywhere:


Climate change has shifted the timing of European floods

Climate change has had a significant impact on the timing of river floods across Europe over the past 50 years, according to a new study.
In some regions, such as southern England, floods are now occurring 15 days earlier than they did half a century ago. But the changes aren't uniform, with rivers around the North Sea seeing floods delayed by around eight days.
The study has been published in the journal Science.
Floods caused by rivers impact more people than any other natural hazard, and the estimated global damages run to over a $100bn a year. Researchers have long predicted that a warming world would have direct impacts on these events but until now the evidence has been hard to establish. Floods are affected by many different factors in addition to rainfall, such as the amount of moisture already in the soil and other questions such as changes in land-use that can speed up water run-off from hillsides.
This new study looks at this issue in some depth, by creating a Europe-wide database of observations from 4,262 hydrometric stations in 38 countries, dating back to 1960.
The analysis finds a clear but complex impact of climate change on river flooding.

The most consistent changes are in north-eastern Europe around Scandinavia where earlier snow melt due to warmer temperatures is leading to earlier spring floods. Around 50% of monitoring stations are seeing floods eight days earlier than they did 50 years ago.
The biggest changes are seen along the western edge of Europe, from Portugal up to Southern England. Half the stations recorded floods at least 15 days earlier than previously. A quarter of the stations saw flooding more than 36 days earlier than in 1960.
In these regions, the issue isn't snow melt - it's more about saturated soils. Maximum rainfall tends to occur in the autumn and gets stored in the soils. Heavier and earlier rain means that the groundwater reaches capacity earlier.
"It's the interplay between extreme rainfall and the abundance of rainfall," lead author Prof Günter Blöschl, from the Technical University of Vienna, told BBC News. "In southern England, it has been raining more, longer and more intensely than in the past. This has created a rising groundwater table and higher soil moisture than usual and combined with intense rainfall this produces earlier river floods."
However, around the North Sea, in the Netherlands, Denmark and Scotland, the trend is towards later floods. The scientists believe this is due to changes in the North Atlantic Oscillation (NAO), the weather phenomenon that pushes storms across the ocean into Europe.

The NAO is driven by differences in atmospheric pressure between the North Pole and the Equator. Recent, rapid changes in temperatures in the Arctic are interfering with these pressure levels and changing the track of the oscillation and storms as well. According to this study, the storms are arriving later and as a result some river flooding happens later too.
Prof Blöschl says that this study shows clear evidence of the impact of human-induced climate change in many regions - but there are still some areas of uncertainty.
"Where the human imprint is obvious is in the northeast of Europe. It is quite a direct link, with a warming climate and earlier snow melt," he said. "However, the areas impacted by the NAO are more difficult to attribute to anthropogenic global warming. The jury is still out on that aspect."
The study foresees subtle but significant impacts that could arise from the change in flood timing. There could be effects on river ecosystems with salmon spawning later in the year. There could also be implications for hydropower stations, and for agriculture if fields stay wetter for longer.

"The more serious concern is that if warming impacts the seasonality it may also impact the scale of flooding," said Prof Blöschl. "You could think of timing changes as the harbinger of future changes of flood magnitude. That is the more serious concern. If that happens, flood risk management will have to adapt and that will be different in different parts of Europe."
Other experts believe that the changes in flood timing identified by this study have significant implications for how we understand the risk of river floods and how we deal with them.
"Nearly every major city and town in Europe is built on a river and we protect this urban infrastructure by using past floods as a gauge of the potential risk," said Mark Maslin, Professor of Climatology at University College London. "The study shows that this approach underestimates the risk, as climate change has made European floods occur earlier in the year, increasing their potential impact.
"This means all the infrastructure that we have built to protect our cities needs to be reviewed as much of it will be inadequate to protect us from future climate change-induced extreme flooding."

Climate change has shifted the timing of European floods - BBC News
.
.
.
Posted by Jeremy Woodward at 01:00