The future of transport > 'intelligent mobility'

We really do need a revolution in how we handle traffic and transport issues:
Futures Forum: “We know the effects of poor air quality run from cradle to grave. It's a lifetime threat to human health.”

The current 'revolutionary' proposals are not exactly universally popular:
Futures Forum: The HS2 rail project should be scrapped as it is a 'waste of money'

We need to do something nearer home:
Futures Forum: Gridlocked Devon >>> 'Devon Live' to debate "some of the major travel problems facing the county." >>> and to investigate "the attitude of local authorities to sustainable travel and highlight some of Devon's pollution hotspots"

And pretty soon:
Futures Forum: Dealing with traffic in Sidmouth: Town Council requests County Council "that a review and Traffic Management Plan for Sidmouth be commenced as soon as possible." 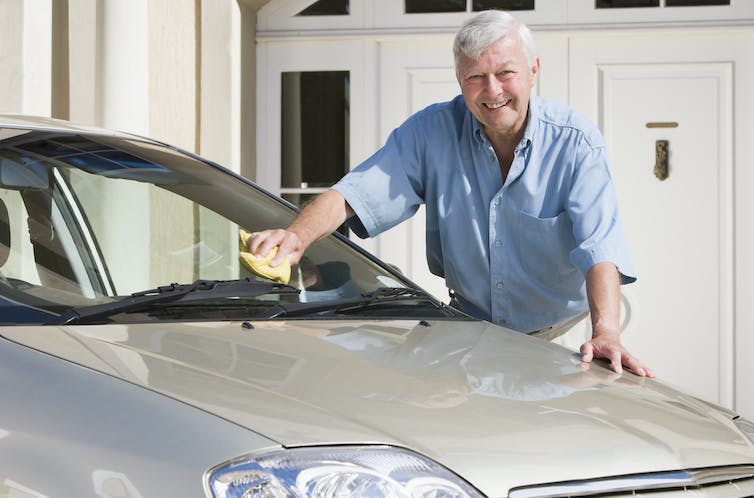 Professor of Operations Management David Bamford, from the University of Huddersfield writes for The Conversation UK, with Visiting Research Fellow Marcus Mayers, on the traditional model for car ownership and how it is struggling to stay alive in today’s climate and the new coming transport revolution which could put an end to anyone owning a car.

“The traditional model for car ownership is bust. The gleaming steed on your drive may be a powerful status symbol, but in truth your car is in use for less than 5% of the time. This makes little sense while transport costs account for about 12% of average household expenditure. This will be the frontline in the battle to embed the idea of “intelligent mobility”: a new relationship with our vehicles that could sharply cut the number of vehicles on our roads, and mitigate the consequences that brings.
Intelligent mobility describes how transport infrastructure will make use of new services relating to digitisation, automation, mobile devices, open data, wireless communication and the Internet of Things.
It incorporates everything from smart-card access to public transport to autonomous vehicles. One report from 2016 predicted the global intelligent mobility market would grow from an annual value of £140 billion to just over £900 billion a year by 2025.
Lots of people are trying to take advantage. Every ride-sharing and e-hailing app; every bike-share or car-share programme; every mooted drone delivery service, self-driving car or on-demand “pop-up” bus is part of the bigger picture. It all puts pressure on the way we have ended up buying, keeping and using our vehicles, and it’s not hard to see why.
According to breakdown and insurance group, the RAC, the average car is parked at home 80% of the time, parked elsewhere 16% of the time and is only on the move for 4% of the time. It’s the kind of dramatic inefficiency that gets experts excited.

You might wonder why progress is slow when the need seems so clear. Well, there is the inertia provided by an established way of doing things. And it may just be that transport decision makers have a more favourable experience of car travel than the average family, which tends to view transport as a necessary evil. This may come down to the types of cars decision makers get to drive, while their income levels mean they spend a lower percentage of their salaries on transport.
It is not, however, a dead end. In the UK, the ownership model for private transport (almost all cars) has been changing, and more than three quarters of new vehicles are now bought through Personal Contract Purchase, where the driver no longer really owns the vehicle. This is starting to chip away at the association between social status and car ownership.
If the door is ajar, why not bust it open? We propose that, in an autonomous transport world, a fleet of vehicles at between 5-25% of the current total may be able to service the entire transport requirements of the UK. This would see a reduction of vehicles from 37m to between 2-9m.
This is based on research from Transport for London which shows that every car club car eliminates the sale of eight new vehicles, before we even consider the effects of automation. It also accounts for research from the US which shows peak time commuting makes up only 18% of car journeys. Surge pricing of the kind used by ride-sharing firm Uber could help to mitigate peak demand further.
The impact of a sharp reduction of car fleets would be huge. Urban streets could be freed up from the clutter and frustration of parking and parked cars. Pollution would decline; congestion would be reduced and roads made safer. It’s not a one way street, of course: the reduced demand for vehicles sales would lay waste to entire supply chains.

A key question in all of this relates to the “quality” of transport? Quality is important. It relates to how usefully spent your time is while travelling, how fresh are you when you arrive and how much you can achieve? Perhaps an autonomous personal “car pod”, configured as an office, could take two hours to get you to work. That would still be a step up from 45 minutes on a crowded train as your time use would be higher overall.
There are a number of developments coming together to mean that the total operational costs could be incredibly cheap. For example, a Tesla electric vehicle engine and transmission has only 18 moving parts, meaning less maintenance.
When this is combined with higher asset utilisation, less crashes, no driver and cheaper power source, the commercial owners of such vehicles are likely to generate a profit at a charge of around £0.05 per mile making it £0.11 cheaper than the current cost per passenger on a bus or £0.40 cheaper than you get for work based mileage under the UK tax system.

In some ways it boils down to how much space you have, and how connected you are. At present planning and management is based pretty much entirely around origins and destinations. In other words, transport organisations are moving metal boxes efficiently around a system. Passengers may choose to clamber into the metal box or not. It is very passive.
Truly understanding usage will be a real revolution in transport. Highly personalised transport plans should become possible. Imagine you live in Plymouth in the south of England and have a 10am meeting 485 miles away in Glasgow, Scotland. Currently this is a nightmare. In the future a car configured as a bed could pick you up at 11pm and wake you in the Lake District for breakfast and a shower. You then are driven the remaining 100 miles or so in a reconfigured car, designed for work.
The goal would be to eliminate wasted time. Payment will likely move beyond fixed payments for inflexible journeys and towards fixed monthly bills, like a mobile phone.
Intelligent mobility is rapidly approaching but the capabilities of the technology are far outpacing the development of new systems to harness it. Embraced properly, a dramatic shift in how we use and store our vehicle, and in how we fund and target public transport is entirely possible.

The potential benefits are huge. It will help governments address issues around climate change, the depletion of energy resources, and increasing urbanisation. It will also address a growing and ageing population, particularly the resources tied up in moving the young and those with mobility impairments. The opportunity is there to move people seamlessly, but at present, much of the transport architecture rather gets in the way. As engineer and consultant W Edwards Deming once said: “A bad system will beat a good person every time.””

University of Huddersfield - University of the Year 2013
The coming transport revolution could deal a death blow to car ownership - The Conversation
.
.
.
Posted by Jeremy Woodward at 11:42