Lewis Smith of the Blue Marine Foundation explains why their Lyme Bay project is a winner for conservation, the local community and fishermen:

© Blue Marine Foundation
Hugh Fearnley-Whittingstall travelled far and wide to highlight the need for marine reserves but when it came to offering a solution he looked at what is being done rather closer to home. More specifically, he came to us.
The scheme to which he devoted several minutes’ attention at the conclusion of Hugh’s Fish Fight: Save the Seas, is the Blue Marine Foundation (BLUE) project in Lyme Bay, on the south coast and just a short distance from his home.
It is a collaborative initiative that brings together not just conservationists, regulators and scientists, but the fishermen themselves. This, we are convinced, is crucial.

There are some parts of the world where a blanket no-take rule can be introduced but we believe that in most places the needs of conservation have to co-exist with the needs of the fishing and other industries.

The trouble is, nobody has really addressed the management of marine protected areas in Britain before, so fishermen have been afraid they were facing the “thin end of the wedge” if they collaborated with conservationists to protect fish, crustaceans, corals and the myriad of life below the surface of the sea.
Or at least, that was the case until we started working in Lyme Bay with the fishermen who rely on it for a living. In the past there has very much been a polarised attitude between conservation and fishing interests but what we are bringing to the table could change all that...
Lyme Bay: A fishing-conservation alliance | Marine Reserves Coalition

The ocean covers 71% of the Earth’s surface, yet only a tiny fraction of it is protected.
The Marine Reserves Coalition brings together five UK-based organisations, working collaboratively to secure the designation of marine reserves – fully protected, no-take marine areas closed to all extractive and potentially damaging activities. 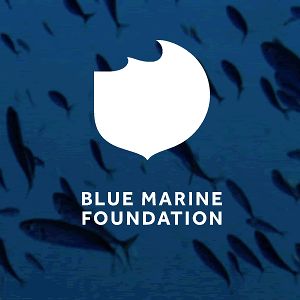 BLUE Marine Foundation (BLUE) is a new UK charity founded in 2010 by the people behind the film The End of the Line.
BLUE exists to fix the largest solvable problem on the planet - the crisis in the oceans.
BLUE will be creating flexible, case-by-case solutions to the marine crisis through public-private partnerships.
By raising funds to leverage conservation gains, BLUE aims to increase the area of ocean protected by marine reserves from just over 2.3% to 10% over the next ten years.
BLUE is not just another NGO; it is an enabler of NGOs. We will articulate and deliver the resources required to save the oceans