Streetlife has been talking about the winning entry to 're-imagine' Port Royal - and how it's all connected to the ongoing Neighbourhood Plan:
Streetlife | Have your say?

And today, the View from Sidmouth had the winner on its front page: 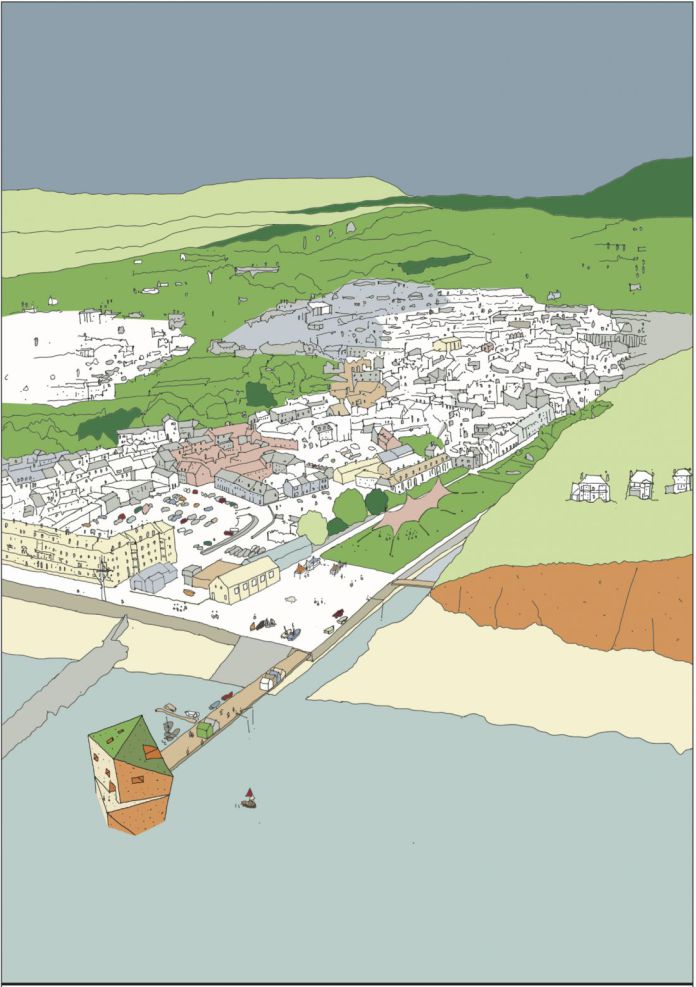 THE people of Sidmouth have spoken and chosen what they would like to see happen to the Port Royal area of the Seafront – an area in desperate need of regeneration.

The idea of the architecture competition was not to choose a design to proceed with, but to find an example of the style and tone that they would like to see and feed that into any future regeneration.
The winning design was The Pier’ by Turner Architects in London (pictured).
More than 320 people cast their votes at Kennaway House and Paragon Books and chose from a shortlist of five possible ideas.
East Devon District Councillor Cathy Gardner who sat on the jury that decided the five design shortlist said: “We’re very pleased with the number of votes cast and the thought that people put into their comments. Many people noted that there were ideas in several concepts that they liked.”
Some clear themes emerged from remarks made from the public during the consultation and Cllr Gardner has grouped them as follows:
Cllr Gardner assed: “I hope these themes are also picked up in during the Neighbourhood Plan process and I encourage everyone to make sure they contribute to this. There will be more consultation around the development of eastern town, now that EDDC and Sidmouth Town Council have started the redevelopment project. If you have a view on how the area should develop, and what you don’t want to see, please contribute whenever you have a chance, don’t leave it until it’s too late to influence what is developed. This competition was about stimulating debate and interest, I think it has achieved that. Thank you to everyone who took part.”