Knowle relocation project: revised plans from PegasusLife >>> "the massing and bulking of the buildings hasn’t been significantly altered"

The developers have produced some new plans for Knowle:
Futures Forum: Knowle relocation project: revised plans from PegasusLife >>> "Have all the many issues, not least size, scale and suitability of design, now been addressed?"

The story is carried on the front page of today's Herald: 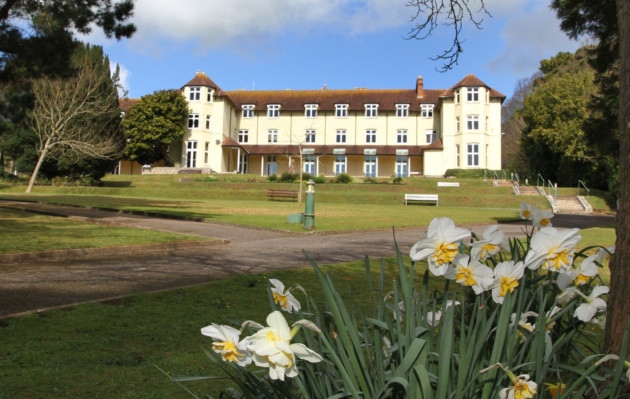 Homeowners near Sidmouth’s Knowle Park have renewed their objections to plans for a 115-home retirement community – saying revisions have done little to alleviate the ‘dire impact’ on their properties. 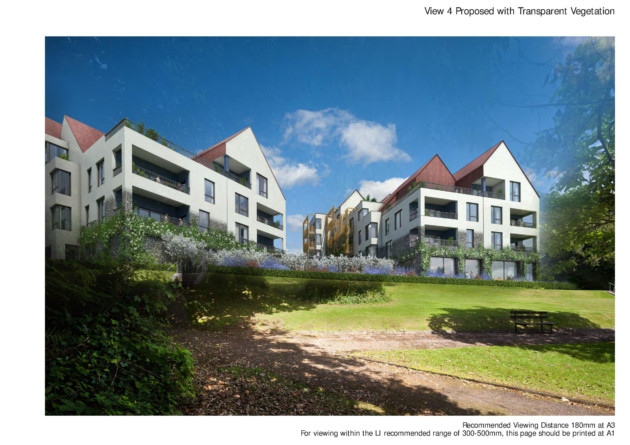 One of the photomontages in PegasusLife's Knowle plans
Requests from East Devon District Council’s (EDDC) chief planning officer have apparently been ignored, as have residents’ wide-ranging concerns, according to one representative.
Councillor Cathy Gardner also questioned an independent report from the Design Review Panel (DRP) – because it was paid for by applicant PegasusLife. However, the developer has refuted this, insisting the expert advice is impartial.
Cllr Gardner, a Sidmouth Town ward representative, said: “New photomontages accurately reveal the impact of the proposed development, notably the views from the southern park and from upper Knowle Drive.
“But PegasusLife has left out the view from the western side of Sidmouth, where the development dominates the Sidmouth skyline.
“Most significantly, the central objections of overdevelopment, excessive heights and massing, and the overbearing impact of the development on the south park and on local residents have been completely ignored.
“When any of the larger surrounding trees are lost, as they inevitably will be, this giant modernist design will dominate this historic town for years to come.”
Cllr Gardner raised concern over the DRP report, claiming it did not consult any of the people most affected, and says the document ‘should not be used as any kind of justification for the proposal’.
PegasusLife confirmed to the Herald it had paid for the DRP report – but said the firm had no influence over the document and did not see it prior to submission. The panel is made up of technical professionals from different disciplines who are asked to impart their knowledge.
Cllr Gardener also said a request from EDDC’s chief planning officer to ‘set back’ one of the proposed buildings - to reduce the impact on Knowle’s listed summerhouse - had ‘apparently been ignored’.
EDDC is relocating to Exmouth and Honiton and is set to sell Knowle to PegasusLife for between £7million and £8million. The developer’s plans for a retirement community also feature a restaurant and gym facilities.
Knowle Residents’ Association chairman Kelvin Dent said: “Residents are still concerned about the massing and bulking of the buildings and this hasn’t been significantly altered – all they [PegasusLife] have done is come back with more justification.”
Responding to the new documents online, a Hillcrest couple wrote: “We object to the revised proposals, which have done nothing of real note to alleviate the dire impact on our property. We implore the planners to insist that real change is implemented before consent is given.”
PegasusLife contested that its proposals had changed ‘significantly’ in response to residents’ input over two rounds of consultation – the number of apartments was reduced from 126 to 115 and flat roofs were swapped for pitched ones.
Guy Flintoft, its director of public policy and planning, said: “The additional documentation submitted provides greater clarity about the submitted proposals.”
EDDC will decide the fate of the application.