The NEF has just relaunched itself:

And they have launched a new campaign:

OUR AGENDA FOR CHANGE

There has never been a greater need for a new economy or a more important moment to act than right now, because a storm that has been gathering for decades is firmly upon us. Millions of people feel they have lost control over their lives and are now being left behind by changes in the economy, technology and climate, even while being promised a parody of control that threatens to make matters worse. Yet, in the midst of all this upheaval, a surge of energy is being generated that can crack open new possibilities for change now, not at some distant point in the future.

The New Economics Foundation exists to drive this change and help give people the tools they need to take real control.

The NEF's chief executive spoke about their new agenda on BBC Radio 4's Today
- listen again if you missed it.

He also writes in the Guardian:

Our politicians are failing us. So take your life out of their hands

From housing to employment and childcare, we all want more control over what matters most to us. And that’s where the New Economics Foundation can help 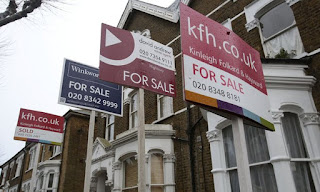 ‘People feel they have lost control over what matters most to them, whether it is the price of a home, the pace of technological change or the poisoning of our planet.’ Photograph: Yui Mok/PA

“Take control” are two of the most potent words in our language that have come to mean just one thing in the weeks since the Brexit vote. But the desire for more control over our lives is not the exclusive preserve of Leave voters – and nor can it or should it be confined to the issue of immigration.

Our polling shows that people from all backgrounds and with every kind of belief now feel they have lost control over what matters most to them, whether it is the price of a home, the pace of technological change or the poisoning of our planet.

Far from being supporters of the status quo, a clear majority of remain supporters specifically identify big business and corporate elites as having “too much power over their lives”. By an even bigger margin of 62%, those who voted remain in the referendum say that only a few people in power take all the big decisions, adding that there is not much the average citizen can do about it.

Those decisions now seem further out of reach than ever for millions of people after the party conference season. The government has confirmed its determination to pursue a hard Brexit, even though that risks making matters worse for people who already feel left behind in this economy.

At the same time, many people see opposition parties as being in disarray and deeply divided, leaving some to despair at the prospects for progressive politics ever providing answers, let alone getting the chance to put them into practice.

A storm in our economy and our democracy that has been gathering for decades is now firmly upon us. A torrent of wealth of power is washing away even the fragile footholds people had established in the economy. Many more now face losing control all together in the face of global, technological and climate change.

Yet, even in the midst of all this upheaval, a surge of energy is being generated that can crack open new possibilities for people to take more control right now – not at some distant point in the future.

Today, the New Economics Foundation is setting out ways to shift debate beyond secret negotiations over Brexit in the capitals of Europe, seemingly endless party infighting in Westminster’s opposition, or literal fights in Brussels over whose turn it is next to lead Ukip.

Instead, we are setting out an agenda for people to take control themselves, without having to wait for government to do it for – or to – them.

Our agenda for people draws on real experiences, ranging from those in seaside communities who feel abandoned by the political elite, taxi drivers in London trying to make a living in an Uber-ised economy, small businesses starved of finance, consumers overcharged for energy, and young families hoping for their first home or worried about the cost of childcare.

It seeks to give all of them the tools they need to take control and change their lives for the better. Coastal communities will find ways to revive a clean marine economy which brings together people who care about the environment with those who care about getting decent jobs. We are helping to develop a new taxi app owned and controlled by drivers themselves, from London to Leeds, to give them the chance to share in the vast new digital value being created around us.

The foundation is also drawing up plans to turn the scandal-torn RBS into 130 stakeholder banks that serve local firms rather than expecting them to serve it. We have teamed up with the Switched On London campaign to help communities generate renewable and affordable energy that gives them a real stake in a low-carbon future.

Furthermore, in a project with Citizens UK, we are creating the first maps of vacant public land available for the houses that need to get built. And we are helping parents expand the number of childcare co-operatives so they can not only afford a service fundamental to modern working lives, but also exercise more control over it.

This is not an agenda merely for clicktivists who think change happens on a smartphone screen on the way to a rally. We recognise that the tools people need to take control must be fashioned in partnership with institutions wielding real power, ranging from devolved government, city mayors and forward-looking businesses to trade union and community-led campaigns across the country.

But this is the first time a major thinktank has set itself a bigger ambition than merely influencing ministers or future legislation, or getting included in a political party’s manifesto.

The New Economics Foundation will focus on helping people and communities take control by engaging with new partners – from the Mayor of London and Google DeepMind to the GMB and Citizens UK – to explore new possibilities for change right now.

We are rooted outside the traditional boundaries of politics. We care most about people’s everyday experience. And we will work with communities of all kinds to give them the tools they need to build a better future because there has never been a more urgent need for a new economy than right now.

Our politicians are failing us. So take your life out of their hands | Marc Stears | Opinion | The Guardian
.
.
.
Posted by Jeremy Woodward at 08:37