Many Sidmouthians find it too much - but the festival supports businesses which could otherwise not sustain themselves during the rest of the year:
Futures Forum: Is Folk Week good for Sidmouth?

Nevertheless, we have to ask whether or not tourism is a mixed blessing:
Futures Forum: Airbnb and irresponsible tourism

With a book out a couple of years ago looking at the issues:
‘Overbooked,’ by Elizabeth Becker - The New York Times

The author writes in the Observer:

Only governments can stem the tide of tourism sweeping the globe


Tourism, like all globalised trends, can be a force for good, but can also wreak immense localised damage 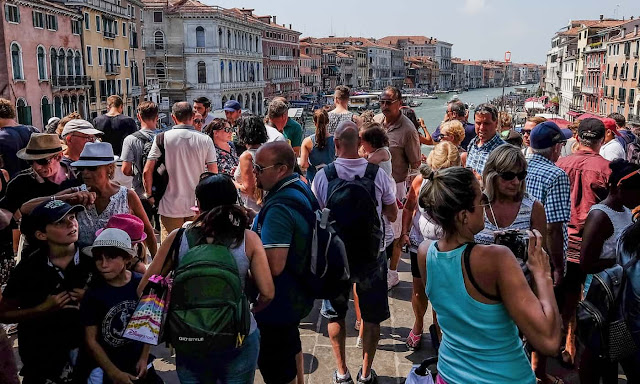 Only governments can stem the tide of tourism sweeping the globe | Elizabeth Becker | Opinion | The Guardian
.
.
.
Posted by Jeremy Woodward at 01:00