Save our high streets > "Put things on the high street people want to do, and they’ll return"

Things are not looking good for Sidmouth's high street:
Futures Forum: How to revive the health of Sidmouth's high street >>> East Devon's MP urges retailers to "fill in and return my survey as  they arrive over the next  week in order for us to get a better understanding of the problems and to work out the best solutions"

Meanwhile, across the country:

"Fears are growing for the future of high streets as more retailers struggle and try to close stores."

The last months do seem to be quite a catalogue:
High street 2018: a tale of lost shops and at least 35,000 jobs at risk | Business | The Guardian

And with the big names having problems, the issue is whether the high street itself is 'in danger':

"In the UK, high streets are struggling through similar issues. And given that high streets have historically been the heart of any UK town or city, there appears to be a fundamental need for businesses and local councils to adapt to the radical changes affecting the retail sector to preserve their high streets’ vitality and financial viability."

And one of the biggest names is now decrying the 'unfairness' of business rates:

Dave Lewis, Tesco chief executive, said the charges that firms must pay on their buildings played a "large part" in sending some retailers to the wall.
Retail is the UK's biggest private sector employer, Mr Lewis told the BBC.
"Are we allowing it to stay competitive, or are we by stealth lowering corporation tax and increasing business rates to a place which is creating an uneven playing field and forcing people to think about how it is they avoid that cost and find other routes to the market?" he asked.
"You need a level playing field ... between an online digital world and a traditional retail store base model like the one we have," Mr Lewis said.

The Observer has looked at the issue - and the suggestion is 'reinvent yourself':


The high street is dead. We need to stop trying to revive its bloated corpse and start thinking about how to replace the jobs and the community spaces it provides.
Mothercare, Homebase, House of Fraser – these are just the latest big names being whacked by our ever-increasing desire to shop online. That’s unlikely to change – more Woolworths, HMVs and C&As (remember them!) will fall by the wayside in the coming decade. We can rail about the unfairness of it all – and nobody apart from Jeff Bezos would complain should Amazon be hit with a hefty tax bill to equal out their competitive advantage – but the convenience of buying a jumper while sat on the sofa in your pants isn’t going to be beaten by a more pleasant in-store “customer journey”.

Read more
There’s a generation of people now who know nothing else but shopping online. It’s the norm. Physical shops feel almost unnecessary – especially department stores that replicate the diversity of the big online retailers, but with none of the ease of navigation and range that a website can provide. Yet we’re obsessed with “how to save the high street”. Its death is going to mean thousands of low-paid jobs being cut. Let’s start thinking about how to help those facing redundancy, rather than how to help the House of Fraser shareholders.

For a start, look at the places people actually want to go to on modern high streets. Small boutique stores and hipster coffee shops may rub people up the wrong way – and ventures like the Cereal Killer cafe scream gentrification – but community spaces can provide local jobs; they usually source products more ethically, and people like using them. Every pound spent locally means 63% of it stays in the local economy. That’s a start. And, to tackle the accusation these sorts of places aren’t very inclusive, let’s focus on how to make everyone feel welcome in the shared spaces on our high street. Cost is of course a factor: there’s a difference between a cafe charging £4 for a flat white and a greasy spoon that’ll give you a cup of tea for a pound. Active councils can encourage startups to think about this, and offer perks to businesses who do better at diversifying their customer base.
It seems millennials are keen on “experiences” – what previous generations used to just call doing stuff. We used to do stuff with, or at least next to, other people – and other people who spanned the diversity of our society, whether that be different classes, races or religions to our own. My local bowling alley always springs to mind – the location for many a birthday party from the age of six to 26. It’s always been a fantastic melting pot of the local community, rich, poor, black, white – everybody goes to Rowans. There are plans for it to be demolished and replaced with flats. That’s the death of the high street I’m worried about – tearing down one of the few places where people still mix and socialise together, and replacing it with some overpriced shoebox accommodation next to a giant bus stop.
That’s only possible because planning permission was granted. The money offered to enterprises like this to sell up their land to property developers is large enough that, even if the firm is profitable, they won’t fight it. But local government has the power to maintain these spaces – whether it be by preserving the way in which the land is used or ensuring they’re replaced adequately in any new developments. 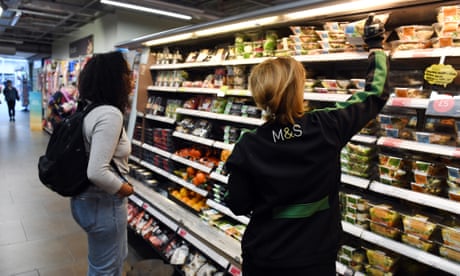 Read more
Let’s encourage “experience” businesses like Rowans to open up in empty shops – rather than encouraging them to shut down – whether that’s through business rate discounts, or easing the switch from a clothes store to a different type of business, not simply more bookies. This would provide the jobs and public space we so desperately need. Baby steps are already being taken. There’s the proliferation of escape rooms (the leading Scottish company is already opening their 200th), the boom in tenpin bowling, Secret Cinema showings cracking the top 10 at the UK box office, and simple things, like the creation of jungle-themed crazy golf in the empty lots of Cardiff’s busy shopping centres. Creative thinkers are doing it by themselves – but more is possible if government changes its focus.
And this need not be an either/or debate – a virtuous circle can be created. Put things on the high street people want to do, and they’ll return, which can than help those remaining shops that have survived with increased footfall. But it’s going to take a bit more imagination from the government than simply bewailing the death of the high street yet again. As the Simpsons would put it: Stop. Stop. It’s already dead.
• Toby Moses is assistant editor on Guardian Opinion

It's about 'experience':
Futures Forum: Save our high streets > the future of retail as a merged experience between online and offline
.
.
.
Posted by Jeremy Woodward at 12:10